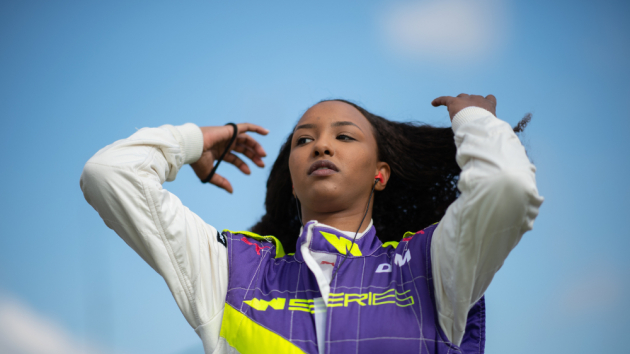 For this edition, we put a series of questions about equality and diversity to five members of the BlackBook Advisory Board, drawing from their experience at the top of motorsport.

Why has motorsport lagged behind some other sports, say soccer, in having greater diversity and equality?

Catherine Bond-Muir: The nature of motorsport means that it can be prohibitively expensive to compete in. It’s not a sport, like football, that children can play in the street while they’re growing up. That’s why W Series’ mission is imperative to the future of diversity and equality in motorsport. We give every driver the financial support to compete in our series, regardless of their background.

Pau Serracanta: Historical tradition, how motorsport was born and how expensive it is.

SJ Luedtke: I believe access to motorsport is the major root of the problem. The cost of motorsports is a major challenge when it comes to accessing the sport. From a driver development standpoint, whether starting in karts or other forms of racing, there is a major cost involved by parents and others to be able to provide equipment, travel to events, get coaching, etc. Additionally, motorsport in general has been a 'gentlemen’s sport' – motoring from the start of the automotive industry has been one of the upper, white class in many cases. When it comes to events - especially Formula One - the cost to attend events is unattainable by many of those who would help make a more diverse audience.

Lewis Hamilton's new diversity commission is a positive step, but what more can rights holders do to promote equality and diversity?

Michael Lock: Very often the most effective strategy for change can come from the high-profile hero athletes within the sport. Lewis Hamilton is a great example of this. Rights holders can be most effective in getting the spotlight of publicity to shine on the athletes who are motivated to create change. The recent example of Nascar Cup drivers coming together, regardless of their ethnicity, to project a collective message, has been very effective.

CBM: Lewis Hamilton is not only a great champion but, as his career progresses, he’s taken on the admirable mantle of using the platform of his fame in a positive way, in standing with the Black Lives Matter movement. As regards Formula One, it’s very positive that they’ve stood behind him. We at W Series have a diversity and inclusion ambassador, Naomi Schiff. Diversity and inclusion are central to our mission, not just so as to try to make sure more girls and women have the opportunity to race competitively, but also to extend that opportunity to female mechanics and engineers in time. The fact that we don’t charge our drivers a penny to take part in W Series ensures that the opportunity is there for anyone, regardless of their financial circumstances.

Stuart Pringle: Engage with initiatives that already exist, such as Silverstone UTC, a motorsport-focused school producing great outcomes for it students, who are far more multi-cultural than the wider industry they go on to join. There have been some good initiatives in place for a while but rights holders have not looked outside their own businesses.

PS: I do not think so. Now there is already universal access, based on your skills.

SJL: Developing and create opportunities that populate the paddock with a more diverse set of participants. I believe, in the past, many rights holders have focused on the athlete for diversity, which is great, but there are many other positions within the sport that can be filled with more diverse candidates.

How can motorsport at a competitor, management and fan level become more welcoming to BAME communities?

SP: At a fan level I believe it is welcoming, although cost may be a barrier to enjoyment in some sectors of society.

CBM: In light of the recent events surrounding Nascar and Bubba Wallace, it has been very positive to see his fellow drivers, as well as Nascar staff and members of the wider motorsport community, rally around him in solidarity. The fact that the story wasn’t as it first appeared doesn’t change that at all: the fact is that Bubba was shown huge support and rightly so.

ML: Communicating with a unified, and critically, a consistent voice that the sport is inclusive.

Does the FIA or individual series have to legislate in order to create greater equality and diversity in motorsport?

SJL: I don’t believe 'legislating' is the right way to go. In the history of the world, forcing governing principles on constituents typically has not had a great outcome. Leading by example to influence is a starting point. And that doesn’t need to be from the top-down. Teams, manufacturers, suppliers, venues – all need to be more inclusive in their approach and make-up of their own companies. Building relationships with organisations who look to tear down these barriers is a way to approach. But it has to be authentically organic and a movement we all buy into. We need to change the mindset of the people currently within the sport. They need to want to lead the change together.

CBM: The planned budget caps for Formula One in 2021, agreed by Formula One and the FIA, are intended help to level the playing field so that traditional teams may compete better with teams run by giant multinational corporations such as Mercedes-Benz, but Formula One will of course remain hugely expensive even after the budget cap. We need to see action at grassroots levels to ensure that the sport is accessible to a more diverse range of people from an early age. For example, Ferrari’s new talent programme, ‘Girls on Track’, which aims to identify the best female drivers between the ages of 12 and 16 from around the world, is setting a great example.

ML: Legislating is always a tricky route. There is a fine line between removing obstacles and positive discrimination.

With the success of W Series, will we see more female-only series?

CBM: W Series exists to promote an increase not just in the number of female drivers, but also, in time, female engineers, mechanics, team managers and so on, across the industry. Ultimately W Series’ mission is to increase the number of girls and women competing in already existing motorsport series.

ML: It depends on whether the objective is as a fire-starter, to create a stepping stone opportunity for women to get into male-dominated motorsports or whether the goal is to establish women-only series for the long-term.

SJL: I’m not sure you need that – the goal is a more inclusive and diverse sport. We need to find opportunities to showcase the talent these female athletes possess and give them the opportunities to participate wherever they want.

What needs to be done to increase female participation at all levels?

SP: A woman in F1, although it won’t happen because even the brightest prospects are well short on pace. I don’t know why but they are. I expect there will be an equality driven agenda to address the under representation of women in prime race seats, but unless there is a significant improvement in performance, the results will be embarrassing for everyone.

PS: Break barriers at the family level, regarding which sport girls can practice and be involved in.

CBM: Visible role models are an integral part of encouraging involvement in any sport. That’s why we at W Series believe it’s important to create an exciting and successful female-only series, to ensure that there are enough female role models for girls and young women to look up to, whether they be drivers, mechanics or engineers. The more we can engage girls and young women to believe they have a viable route into the sport, the better. That’s one reason we’re delighted that the W Series Esports League provides a format in which audiences can see our amazing racers driving, without their helmets on.

ML: The most effective catalyst is the 'Bjorn Borg effect'. More Swedes took up tennis because they identified with a Swedish world-class athlete. We are seeing this in American Flat Track as we are creating a ‘Shayna Texter effect'. She is the most successful AFT singles athlete in the sport’s history.