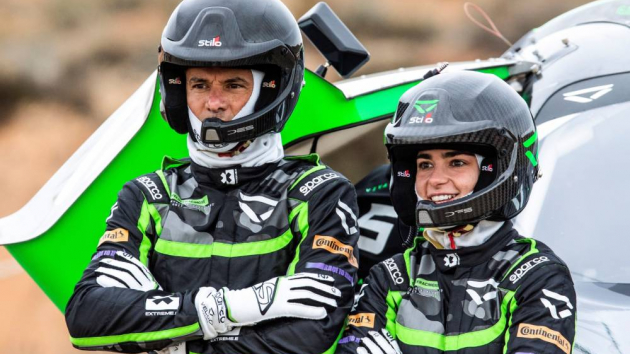 When electric SUV series Extreme E was unveiled in 2019, esports company Veloce was eager to get involved.

Since its launch in 2018, the company has established itself as a pioneer and innovator in the realms of gaming and racing. Similarly, Extreme E wants to forge a new path for sustainable motorsport, operating on a carbon neutral basis and promoting positive climate action.

This alignment made entry into Extreme E a natural choice for Veloce and its race team chief executive, Daniel Bailey.

“It’s a very good amplification of the Veloce brand,” Bailey tells the BlackBook.

Extreme E’s sustainable goals were one of the main factors that inspired Veloce to establish a team. As it continues in its first season, the series is using its platform to encourage change and demonstrate how motorsport can operate sustainably. It is visiting five locations during this campaign - Saudi Arabia, Senegal, Greenland, Brazil and Argentina - all of which have felt the negative impacts of climate change. 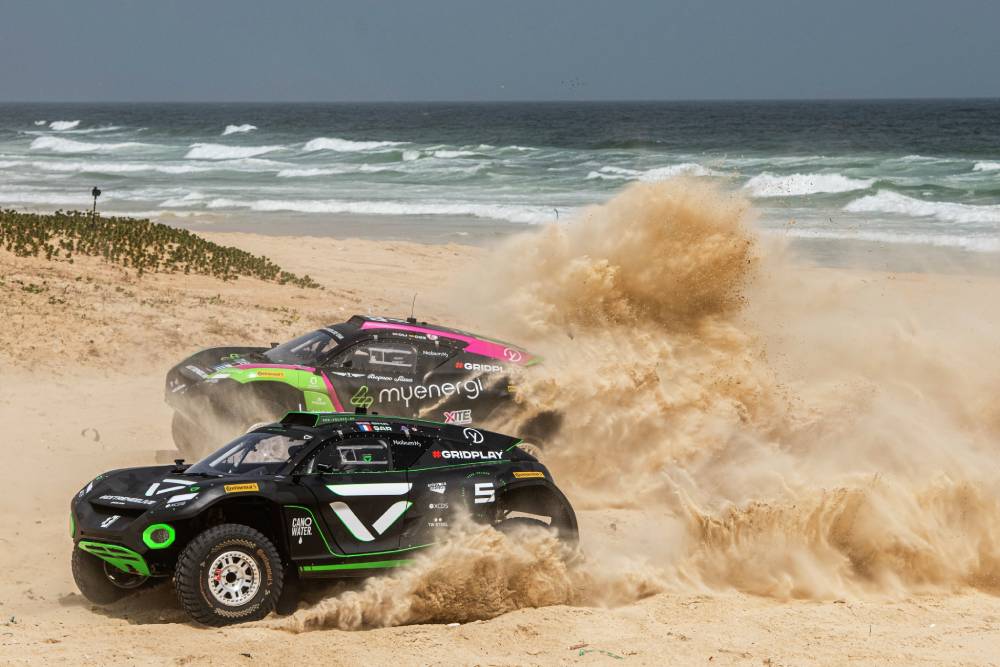 Extreme E visits locations that have been impacted by climate change, using racing to raise awareness and spark action

“It’s leveraging so many global macro-economic trends which the world needs to address,” says Bailey. “It’s using sport and entertainment as an innovative and inclusive platform to encourage people to amend the way they live, to live a more sustainable life and to encourage corporations to come together and make positive change.

“When you consider sport, 24 out of 25 of the most watched programmes ever have been sport-related. It’s imperative that we use it as a positive and inclusive atmosphere to encourage change.”

Extreme E’s focus on sustainability has also allowed Veloce to create one-of-a-kind collaborations with commercial partners. The team has so far forged partnerships with clothing company Regatta and Dutch watchmaker TW Steel, ensuring that these relationships reflect the environmentally-friendly values of Extreme E and Veloce.

“What’s beautiful about Extreme E is that you can build unique narratives into your sponsorships,” explains Bailey.

“We’ve really weaved in, to begin with, the sustainability narrative to create unique aspects of our partnerships.

“With Regatta, we just launched a completely brand-new clothing range under the Veloce umbrella which is made from 100 per cent recycled plastic bottles.

“With TW Steel, we just launched our Veloce TW Steel watches. For every watch sold, we commit to removing plastic from the ocean.

“You are able to build in narratives that haven’t really been seen before in sport and entertainment partnerships and really make a tangible difference.”

We’ve really weaved in, to begin with, the sustainability narrative to create unique aspects of our partnerships.

In addition, Veloce are able to offer commercial partners distinctive advertising opportunities by giving them access to their vast esports audience. With both the gaming and racing branches of the company promoting the same values and reaching a similar following, sponsors can expect to benefit from exposure to Veloce’s 20 million subscribers and the company’s 230 million monthly views.

“We can use our channels as a very targeted and direct advertising [opportunity] for any brand which comes on board to the Extreme E team,” explains Bailey. “We’ve already seen from the figures – the 18.7 million from the first race – it is already a very significant marketing platform in itself.”

Indeed, following Extreme E’s first race in Al Ula, Saudi Arabia, the series revealed that it reached a global broadcast audience of 18.7 million, while also generating 52 million social media views and 25.4 million engagements. That level of interest around the world has impacted Veloce Racing’s strategy going forward as it looks to forge relationships with a wider range of companies in different markets.

“We started talking to UK companies because Veloce was a startup three years ago, but now [it] is a continually growing UK-based organisation with global ambitions,” says Bailey. “It’s really pushed us to look beyond that.”

@JamieChadwick getting some serious air during Q1 at the @ExtremeELive #OceanXPrix ��

Extreme E’s Desert X Prix in Saudi Arabia reached significant audiences in countries such as China, India, the UK and the US, all of which are important target markets for Bailey and Veloce Racing. The team is determined to expand its horizons and shift some of its focus to the Asia-Pacific (APAC) region after seeing strong engagement there during the first race weekend.

“We saw China had the biggest audience,” says Bailey. “We need to push into those markets more and I think it’s given us an invigorating approach to not look to your traditional UK, US, EU markets and try and get to some emerging economies, to the APAC areas which really saw some strong results.”

Veloce already has a well-established fanbase in India through its esports branch and is looking to connect with the growing motorsport market in the US whilst maintaining its core European audiences. Additionally, the unique nature of Extreme E means that Veloce has the opportunity to reach markets which have not traditionally been receptive to motorsport.

“It’s all the traditional markets that motorsport hits, plus some new opportunities in the sense that the content appeals to not just your core motorsport fans,” explains Bailey. “You’re seeing audience figures like we saw in China because there’s intrigue around the series and interest around what the series is trying to achieve.”

A significant part of Extreme E’s efforts to promote a sustainable lifestyle and environmentally-driven action is its legacy projects. At each race location visited across the first season, the series will work with locals on tailored projects to benefit the community for years to come. During the first weekend in Saudi Arabia, for example, Extreme E collaborated with the Ba’a Foundation, supporting local efforts of turtle conservation and reducing plastic pollution in the area. In Senegal, the series worked on planting one million mangrove trees, one hectare of which can capture five carbon tonnes of CO2 per year.

From a commercial perspective, these projects allow teams such as Veloce to give partners new visibility and activation opportunities.

“They are fundamental to our commercial strategy,” says Bailey. “From an activation perspective, we lead from the legacy projects.

“We feel the best route for activation – from a commercial standpoint of the legacy projects and maximisation of them – is to really push Extreme E’s legacy projects, champion them and involve our partners in those projects when we can.” 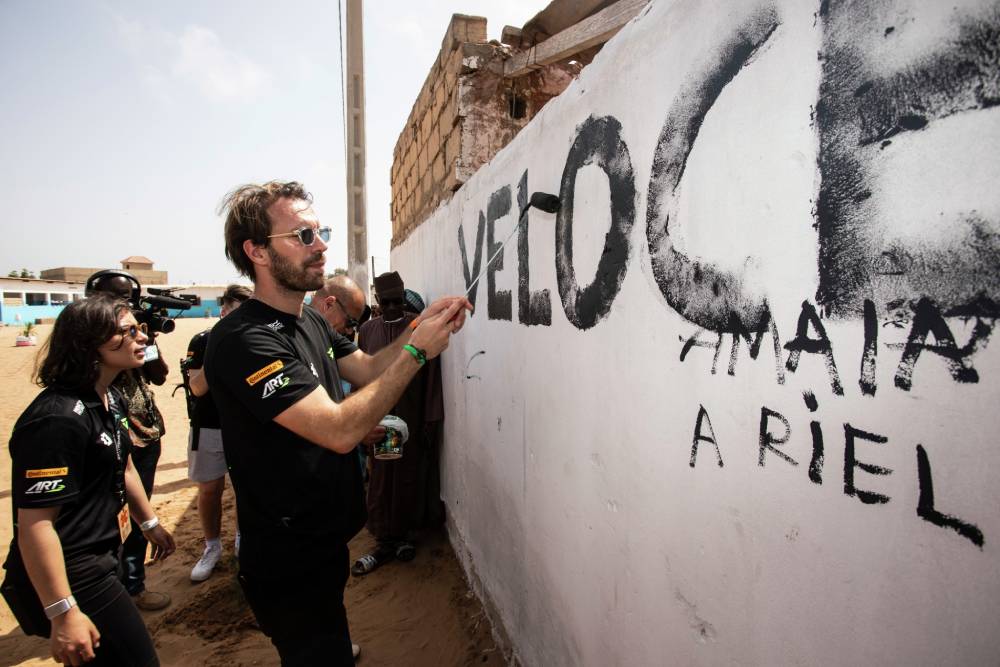 Outside of Extreme E’s legacy projects, Veloce has been making its own commitments to sustainability. The team became the first in the series to sign up to the United Nations’ Framework Convention on Climate Change’s Sports for Climate Action initiative, vowing to educate and work on combatting climate change. Additionally, Veloce was the first team to commit to a net zero carbon footprint, partnering with Allcot to help reach that goal. Already, the team has offset its carbon produced in the lead up to the first race.

“You can’t have a smoke and mirrors partnership these days in sport,” adds Bailey. “If you are selling an Extreme E package, gender equality and sustainability have to be front and centre of what you’re trying to achieve from it. They are front-loaded into any sponsorship we do.”

After only two races, Extreme E has ample time to grow and develop throughout its first season and beyond. Commercially, Bailey and Veloce believe that the series has the potential to become more robust and attract a greater number of sponsors with sustainably-focused goals. Already, the large viewership and engagement the series has generated bodes well.

Looking to the future, Veloce wants to continue to weave strong messaging into its partnerships with current and future sponsors which reflect the values of Extreme E. The championship has already crafted a strong narrative, and as this continues to develop it is likely to draw the attention of brands looking to align themselves with that sustainable message.

“We’re being very mindful as to where Extreme E is, but also very mindful of the unique and important messaging that you can develop from Extreme E,” says Bailey.

“Our strategy will develop as the series develops. We run a commercial vehicle here, we have investors which need to see a balanced business model and our strategy will continue to evolve as the platform itself evolves to represent that.”