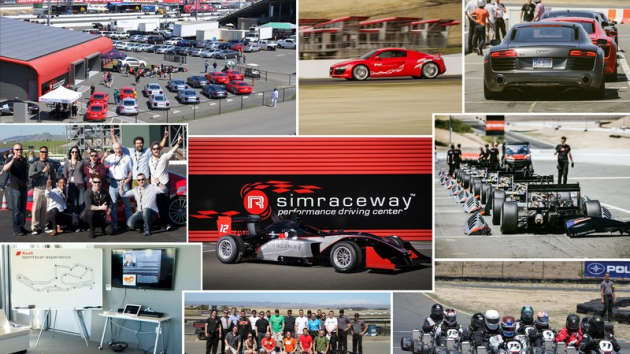 Founded in 1970 by English racing driver Jim Russell, the facility now known as the Simraceway Performance Driving Center was the first of the multiple British Formula 3 champion’s pioneering racing schools to launch in the US.

The subsequent half-a-century may have seen both a location and name change for the Californian facility, but its knowledgeable staff have always remained faithful to their founder’s pioneering philosophies and international influences.

Now based at Sonoma Raceway, the Simraceway Performance Driving Center offers driving tuition and experiences to career-minded racers and motorsport fans alike, and a five-star event planning service to corporate clients all over the world.

The school’s proprietary curriculum is constantly evolving, harnessing every tool available to ensure its students and guests, whether ambitious career racers or motoring enthusiasts, leave with everything they need.

Despite the divergent paths travelled by motorsport on either side of the Atlantic, the Simraceway Performance Driving Center has always maintained a global perspective, taking inspiration from its visionary founder.

The Perfect Formula for Corporate Hospitality

As well as running a school, an array of competitive racing series and memorable experiences for individual motorsport enthusiasts, the Simraceway Performance Driving Center is also a popular destination for professionally-hosted, adrenaline-fuelled private events, ranging from two-hour autocross competitions to multi-day product launches.

Its fleet of Formula 3-derived race cars, 125cc racing karts, and performance Audis offer memorable experiences for groups of 4 to 400, accommodating all budgets and skill levels, with program choices including:

What’s more, thanks to the centre’s idyllic location within California’s Napa and Sonoma Wine Country, with its mild, year-round climate, countless wineries and clutch of Michelin-starred restaurants, there are also plenty of opportunities to slow life to a crawl when guests do decide to step out of the fast lane.

With years of experience executing successful corporate and private functions, the Simraceway Performance Driving Center’s team of event managers specialize in tailoring their automotive offerings in order to fulfil the goals of every meeting, incentive program, client entertainment and team-building event, with the following support services also available:

To find out more about corporate hospitality at the Simraceway Performance Driving Center, phone 1 800 466 57 92, email pdc_info@simraceway.com or visit pdc.simraceway.com.