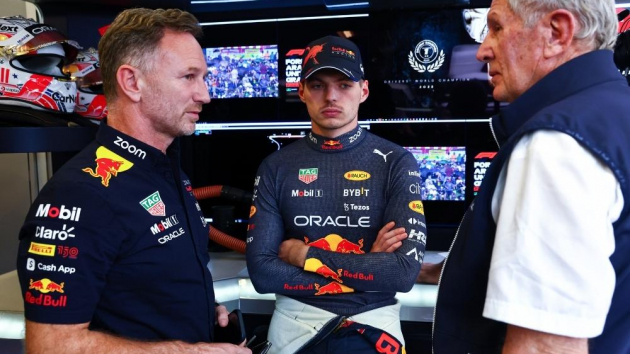 The budget cap has been a necessary evil to curb the unrestricted spending by the top Formula One teams, with Lewis Hamilton’s description of the sport as a “billionaire boys’ club” becoming more and more apt amid rising costs across the board.

The introduction of the spending cap represents the biggest stand against Formula One’s excess since the testing ban of 2009. At the time, it seemed unwise to expect inexperienced drivers to approach a race weekend with minimal practice on track, but it’s now an accepted part of the circus that is Formula One. What it took to be successful, however, was proper policing from the International Automobile Federation (FIA).

As the original exercise in cost-cutting, it’s a good point of comparison for the current challenge the FIA is experiencing. Money has always been synonymous with the global motorsport series, with pay drivers in particular symbolic of the funds required to even get a seat at the table. It’s a systemic problem across motorsport – a seat in feeder series Formula Two could potentially cost a driver US$3 million, highlighting the scale of the issue.

So, implementing a budget cap in a traditionally opulent series was always going to require a period of adjustment. Having it broken so soon by Red Bull Racing, however, will come as a surprise even for Formula One. Teams have always pushed rules to their breaking points, but previous transgressions have been attempts to circumvent the technical limitations. Think of the grey areas exploited by the likes of Brawn with the double diffuser in 2009, or the questionable fuel flow in the Ferrari engines of 2019.

But these financial regulations were different, and the FIA had to be scrupulous in its analysis, otherwise the rules would be rendered meaningless before they had even started to have an impact.

Red Bull should, therefore, not be surprised by the level of scrutiny applied by the FIA in dealing with the team’s rule breach. What comes next, though, is crucial.

We now know the punishment – a US$7 million fine and a ten per cent reduction in aerodynamic testing – but is it enough?

How did we get to this point?

With spiralling costs and a field dominated by the big-spending front three of Mercedes, Red Bull and Ferrari, the FIA wanted a way of making sure each team was financially secure while encouraging a level of on-track competitiveness that even the smaller outfits could aspire to.

So, as part of the new financial regulations introduced last year, all teams are limited to spending the same amount of money – initially US$147.7 million for the 2021 season – while the amount of time and resources a team is allowed to dedicate to development is decided by where they finish in the previous season. For example, the winning constructor is granted the least amount of time, whereas the team finishing last is allowed the most. 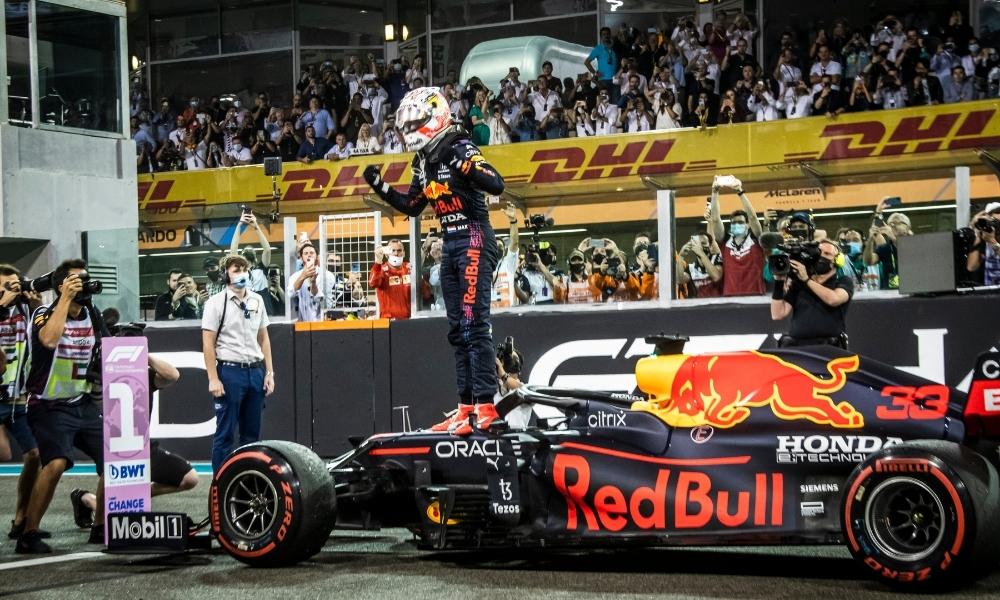 When these regulations were laid out, the FIA also made clear any potential punishments would be distinguished by ‘minor’ and ‘major’ breaches of the budget cap. It was determined that Red Bull committed a minor breach of the regulations, which in the eyes of the FIA is an overspend of less than five per cent. This equates to anything under US$7 million.

Despite being referred to as a minor breach, this is still a substantial amount of money in Formula One, and the FIA has clearly recognised that with its list of potential punishments for a breach. Those penalties can range from a fine to a deduction of drivers’ and constructors’ championship points.

The FIA’s final decision on Red Bull was always going to be crucial in determining whether teams would take the deterrents seriously moving forward.

What was the dispute?

Reports emerged over the course of the Singapore Grand Prix that two teams had breached the cost cap during 2021, with it eventually emerging that they were Red Bull and Aston Martin. While the latter was found to be in ‘procedural breach’ of the regulations, Red Bull were accused of an overspend.

While a five per cent overspend may appear negligible at best, even a part that costs US$500,000 could have a huge impact on the outcome of a championship. Since 2021 was such a tightly fought and controversial season in Formula One, the overspend feels much more consequential.

The FIA has already admitted that the outcome of last year’s season finale was not within the sporting regulations, so the further revelation that Red Bull were not within the financial regulations leaves a sour taste for fans. Rival teams, too, were incensed that they had kept to a framework that one team had decided to disregard. 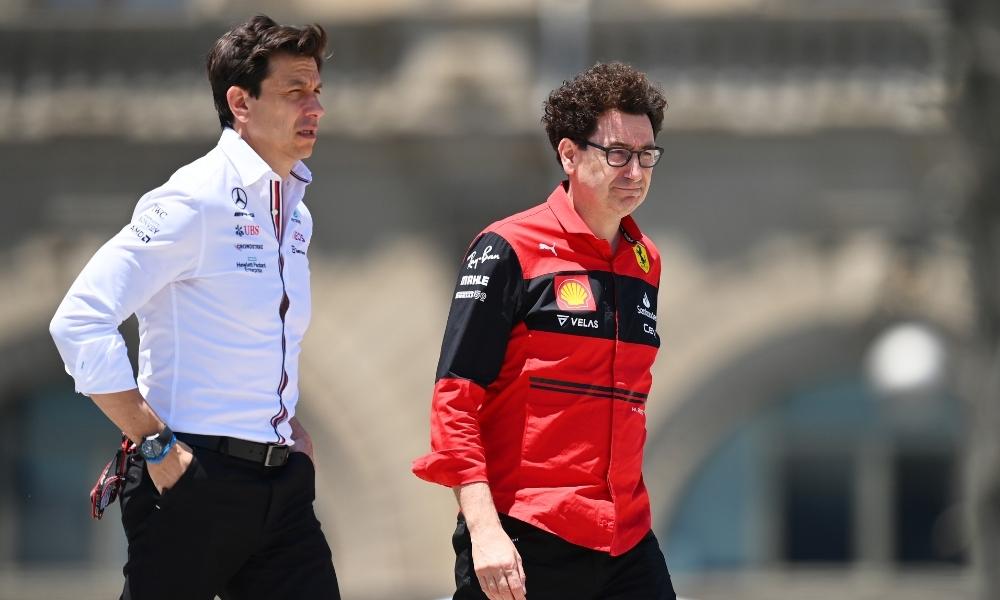 So began the verbal sparring, with many rivals speaking out against the breach. Both Mercedes’ Toto Wolff and Ferrari’s Mattia Binotto were critical when rumours of the rule break first started to spread, while McLaren team boss Zak Brown compared it to cheating.

At the time, Red Bull team principal Christian Horner hit back at “fictitious claims” from rivals, although those claims have since turned out to be true. Crucially, though, it highlights that Red Bull were not wholly aware that they had broken the cap, and this becomes clearer when digging deeper into the document issued by the FIA.

Among the areas that were notable to the governing body, Red Bull overstated the excluded costs regarding catering services, while the team also appeared to exclude its social security contributions and bonus payments to employees. They also misrepresented the cost of apprenticeship levies and understated the cost of power units. A lot of these areas, however, appear to come down to clerical errors.

Has the FIA done enough?

First and foremost, Red Bull’s fate was decided by an Accepted Breach Agreement (ABA), which means the FIA and Red Bull both worked together to come to a fair conclusion. This means that, due to Red Bull’s cooperation, they were always going to avoid a more serious penalty, such as the deduction of drivers’ or constructors’ world championship points.

The fate eventually decided upon was a US$7 million fine along with a ten per cent reduction in aerodynamic testing time. This means the team gets less time to use its wind tunnel and computational fluid dynamics (CFDs), meaning the car will receive less development moving forward.

Due to Red Bull’s position as constructors’ champions, they were already set to be allowed 70 per cent of the allotted aerodynamic testing, so this further penalty will see them receive 63 per cent overall.

The breach, however, ultimately came down to exceeding the cost cap by US$1.86 million. In its judgement, though, the FIA notes that if Red Bull had applied a tax credit correctly, the team would have only exceeded the cost cap by US$432,652.

Accepted Breach Agreement between Red Bull Racing Team and the FIA for Breach of the 2021 FIA Formula One Financial Regulationshttps://t.co/vDsMU7qrp8

An overspend is an overspend, though, much like how in the height of last year’s championship battle, Lewis Hamilton was disqualified from qualifying for the Brazilian Grand Prix due to the Drag Reduction System (DRS) in his rear wing opening millimetres too wide. In a sport so often decided by mere tenths of a second, these margins matter.

So what of the punishment? The US$7 million fine is not deductible from next season’s budget cap, meaning this is ultimately not much of a setback for a team of Red Bull’s standing. After all, the team’s title sponsorship deal with Oracle is alone worth US$300 million. Therefore, Red Bull can still invest the same amount of money as everyone else.

The ten per cent reduction in aerodynamic testing will be in effect for the next 12 months. While this will certainly have an impact on the team’s development moving forward, the advantage it has built up at the front of the field is not affected. In essence, Red Bull have secured a dominant car for this season and at least much of next season with little to no consequences.

While it can be debated whether this was an intentional breach by Red Bull, rival teams can now look at a minor violation of the financial regulations as potentially granting them three years of a car good enough to fight at the front of the field.

Whether or not this is enough of a punishment is yet to be seen. If the likes of Ferrari and Mercedes struggle to close the gap to the current constructors’ champions next season even with a considerable advantage in aerodynamic testing time, then questions will need to be asked about the long-term feasibility of the budget cap.