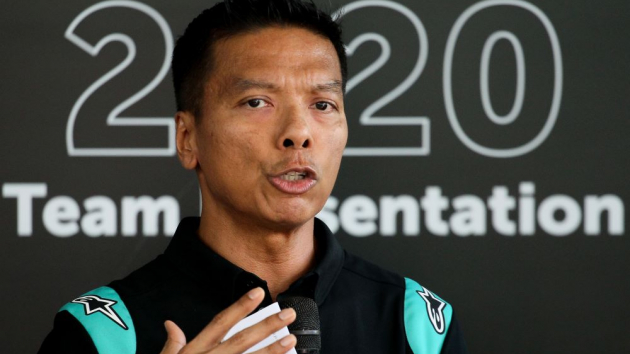 After a positive second year in 2020, the team and rider Franco Morbidelli finished the season in the runner-up spot in their respective championships. It marked a considerable achievement for a team that only joined the MotoGP grid in 2019 having made its first Moto3 entry in 2015.

The man behind the success of last year, Petronas Yamaha SRT team principal Razlan Razali, recently spoke to SportsPro about how the team managed to find a winning formula in a year disrupted by the Covid-19 pandemic, and his hopes of seeing both more races in Asia and more Asian-based teams on the grid.

“While 2020 was an incredible year for us, we are mindful that there are always areas where we can improve,” says Razali. “We had great results, it was good for the team in only our second year. But unfortunately success and more exposure does not always translate into more revenue.”

As long as the calendar remains as it is, I think we are financially robust enough to not impose any kind of austerity measures this year.

In early 2020, when the MotoGP season looked like it might be wiped out altogether, Petronas Yamaha SRT planned for a worst-case scenario of no races at all during the year. Dorna Sports, the commercial rights holder for MotoGP, provided early payments to teams, with the independent outfits receiving considerable advances during the months of April, May and June.

According to Razali, that support was crucial for Petronas Yamaha SRT and its team of more than 55 people.

“We implemented a series of austerity measures last season because of the coronavirus conditions, and the situation we were in with a number of cancelled races,” he says. “But so far in 2021, as long as the calendar remains as it is, a minimum of 18 to 19 races, I think we are financially robust enough to not impose any kind of austerity measures this year.

“We are nearly back to a normal financial condition.”

Retaining sponsors during the multiple challenges of 2020 was another test for the fledgling top-tier team. But Razali, who was previously chief executive of Malaysia’s Sepang International Circuit, worked out deals that would keep all of them engaged.

“We appreciated all the sponsors who stayed with us during the pandemic last year. It was a tough economic situation,” he says. “Since last year, fortunately, we have two new sponsors, namely Green Power and energy drinks brand Monster Energy. We are confident that we can provide them with great value added returns and benefits in associating their brands with our team.”

Green Power is an Italian power generator firm that has already been involved in Moto3, but the company's agreement with Petronas Yamaha SRT is its first venture into MotoGP.

“We are very excited to collaborate with them,” Razali continues. “And of course, we're not just looking at just branding on the bikes, we're looking at potential network collaboration contacts for business opportunities in Southeast Asia as well.

“With regard to Monster, it goes without saying that I'm pleased that they have decided to come on board with us, we've been engaging them since 2019 and we're very happy to have them on board.”

He adds: “In some ways, attracting more sponsors does not always convert into more revenue, as it's still a very tough commercial climate. People are still conservative and more cautious in terms of their spending, but we are satisfied at the moment, given the current situation.”

Under Razali's direction in 2020, Petronas Yamaha SRT outperformed the Yamaha factory outfit, which is something that he and his team were proud of. However, Razali is keen to stress that the relationship with the Japanese manufacturer is not based on competition.

“I think what's more important is to put the Yamaha brand at the front regardless if it’s the factory or independent team, you know, it's a win-win situation,” he explains.

“We look at our participation with Yamaha as an independent team as a development relationship, rather than purely just a client relationship. As you can see [former Petronas Yamaha SRT rider] Fabio Quartararo moved to the factory team which is, of course, a natural progression.”

Malaysia was the first country in Southeast Asia to hold a MotoGP event when the Sepang International Circuit hosted the opening round of the 1999 season. Since then Thailand has joined the series' calendar, staging its first Grand Prix in October 2018. The early success of the event has already seen the country extend its hosting agreement through to 2026.

Indonesia is now the latest country in the region to join the MotoGP schedule. Following a visit to the Mandalika International Street Circuit on the island of Lombok, delegates from the Fédération Internationale de Motocyclisme (FIM) and Dorna Sports agreed to hold the Indonesian Grand Prix at the track in early 2022. The race was also originally included as a reserve venue on the MotoGP provisional 2021 calendar.

Razali welcomes the new addition and played a part in helping the Indonesian organisers get to grips with what will be required when the MotoGP circus arrives. 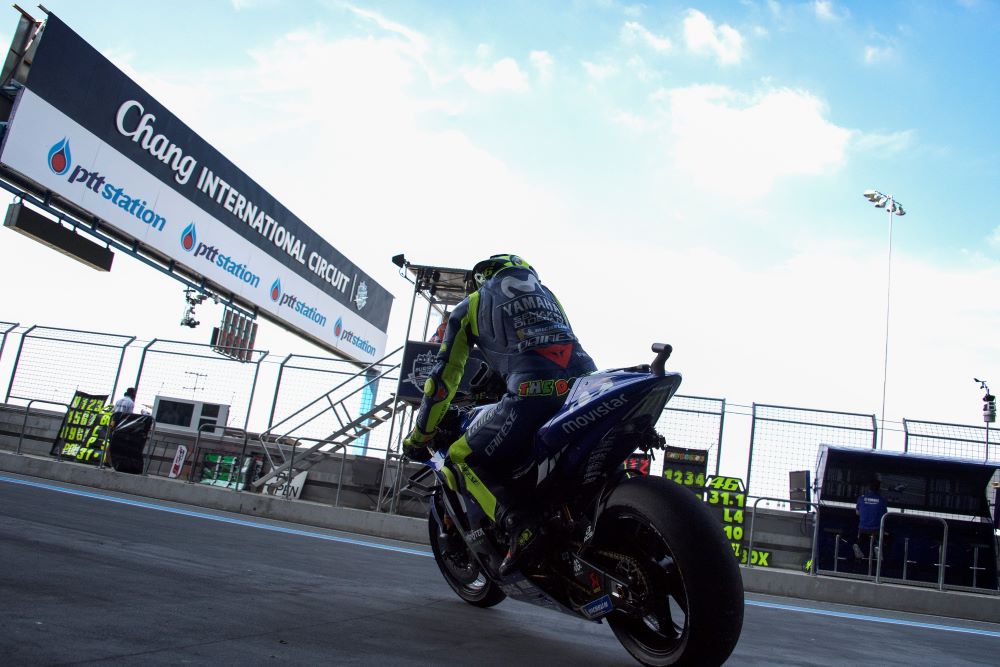 “During my last year as the CEO of Sepang International Circuit, we received a delegation from the Mandalika International Street Circuit to do a study during the Malaysian MotoGP,” he says.

“We basically showed them around for them to get a better understanding on how to run a round of the MotoGP world championship. I think the Mandalika International Circuit is very good for Indonesia, I think it's great for the championship for MotoGP, and also a tremendous boost for the Southeast Asia region, because as you know, the biggest motorcycle sales in the world are in Southeast Asia.”

And although his own nation of Malaysia is currently under a Covid-induced lockdown, Razali remains confident his “home” race will go ahead this year.

“I am confident the Malaysian MotoGP will happen this year,” he states. “There is still a long way to go until October, regardless of whether there will be a crowd or not. The Qatar Grand Prix earlier in the year shows that it is possible to have flyway races.”

Get the latest news, insights and opinions from the APAC region delivered to you every week by signing up for our APAC newsletter here.

You can also book your place for SportsPro APAC, taking place on 7th and 8th July, by signing up here.