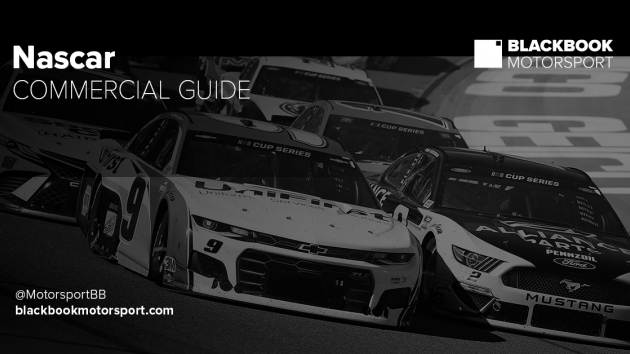 US stock car racing series Nascar is set to undergo a significant change in 2022. In one of the busiest off-seasons since the 1990s, the series and its teams have been working away on developing the all-new next generation of Nascar vehicle in preparation for the new season.

Early discussions over Nascar’s Next Gen car took place all the way back in January 2019. The final product will include an updated front splitter, aerodynamic vents on the bonnet and a redesigned side skirt. Additionally, a rear diffuser will be introduced, which will be used in Nascar for the first time.

As the Covid-19 pandemic begins to subside amid increasing vaccination rates, Nascar is also more confident about running its 2022 season largely unaffected. The impact of the pandemic in 2021 meant that an event at Auto Club Speedway in California was cancelled and replaced by a race weekend on the Daytona Road Course. The series is hoping and expecting that no such changes will need to be made in 2022. 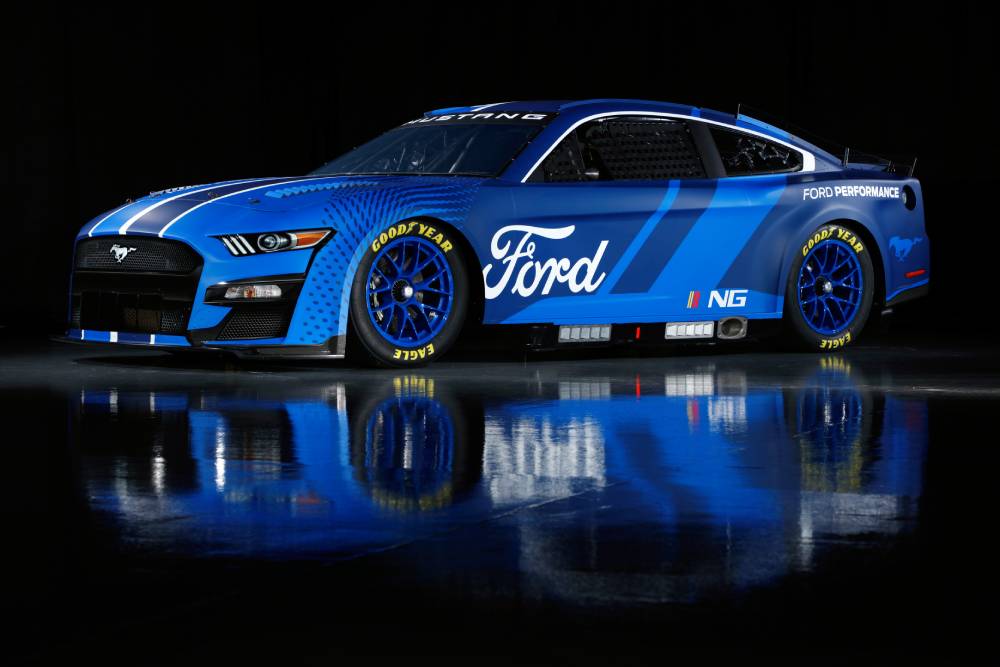 The 2022 Cup Series season also features a new event at the World Wide Technology Raceway at Gateway, which will take place on 5th June. It is the only venue to be added to the series’ 36 point-scoring events throughout the season.

Meanwhile, Nascar's famous Clash event is set to kick off the 2022 season on 6th February, only this year the event is being held at the Los Angeles Memorial Coliseum. Named ‘The Clash at the Coliseum’, it will be the first time since 1979 that Nascar's preseason race has taken place at a venue other than the Daytona Speedway. To be able to host Nascar, the Coliseum will be transformed into a quarter-mile asphalt short track, built around the football field.

"Los Angeles is synonymous with major sports and entertainment events, so we seized an innovative opportunity to showcase Nascar at the Los Angeles Memorial Coliseum,” said Ben Kennedy, Nascar’s senior vice president of strategy and innovation, speaking at the time of the announcement.

"We’re thrilled to have the opportunity to take centre stage in this market as we get our 2022 season underway. 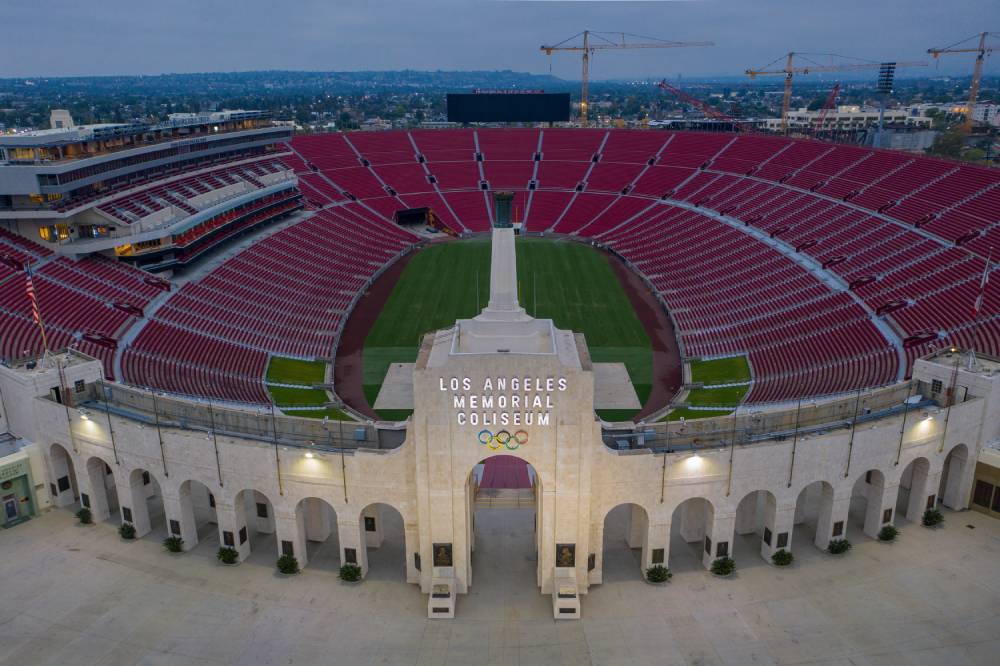 “It’ll be asphalt, quarter-mile. We’ll have a few pit stalls, maybe eight to ten, inside but for non-competitive stuff. If someone has a loose wheel or needs to repair their car, they’ll be able to come in and do that."

With the Clash at the Coliseum set to kickstart Nascar’s Next Gen era, BlackBook Motorsport presents a rundown of the series’ teams and their commercial partnerships as they gear up for the new season.

What they’ve been up to: 23XI Racing made their Nascar Cup Series debut at the Daytona 500 in 2021 and won their first race in October at Talladega Superspeedway.  Only running one car in 2021, 23XI Racing has brought on Kurt Busch for the 2022 season, joining Bubba Wallace. The team secured an expansion to its McDonalds partnership, which will see the fast-food restaurant be the primary sponsor for Wallace's number 23 Toyota and Busch's number 45 for several races during the season. Wallace is also set to appear in an upcoming docuseries on Netflix, named Race: Bubba Wallace. The series will document Wallace’s rise to Nascar’s Cup Series and the aftermath of speaking out about racial injustice. 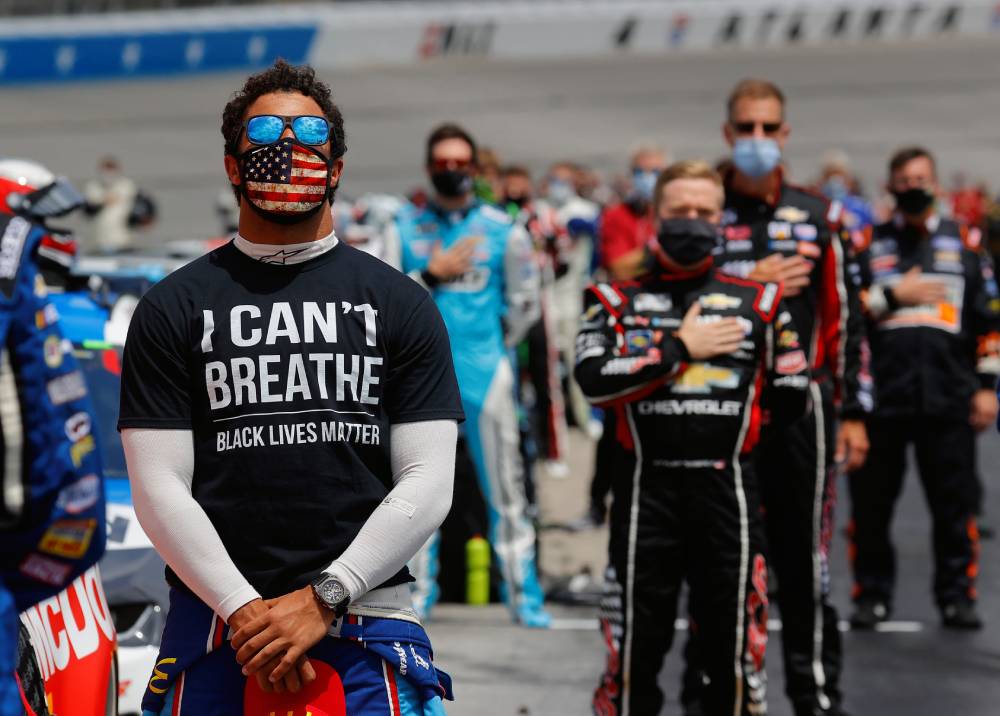 What they’ve been up to: Ahead of the 2022 season, Front Row Motorsports have expanded their partnership with Curo, covering new rookie Todd Gilliland, starting from the Daytona 500 on 20th February. The team is looking to build on its strong 2021 Cup Series season, which saw it secure five top ten and two top five results.

What they’ve been up to: Hendrick Motorsports recently unveiled two new liveries for their 2022 entry, including a Hooters-branded Chevrolet for Chase Elliott, which will make an appearance at three rounds this season, beginning at the Wide World Technology Raceway event on 5th June.

Meanwhile, the team has also revealed a Valvoline livery for driver William Byron that will appear twice this season, beginning at the curtain-raising Clash at the Coliseum on 6th February and again at the Charlotte Road Course on 9th October. 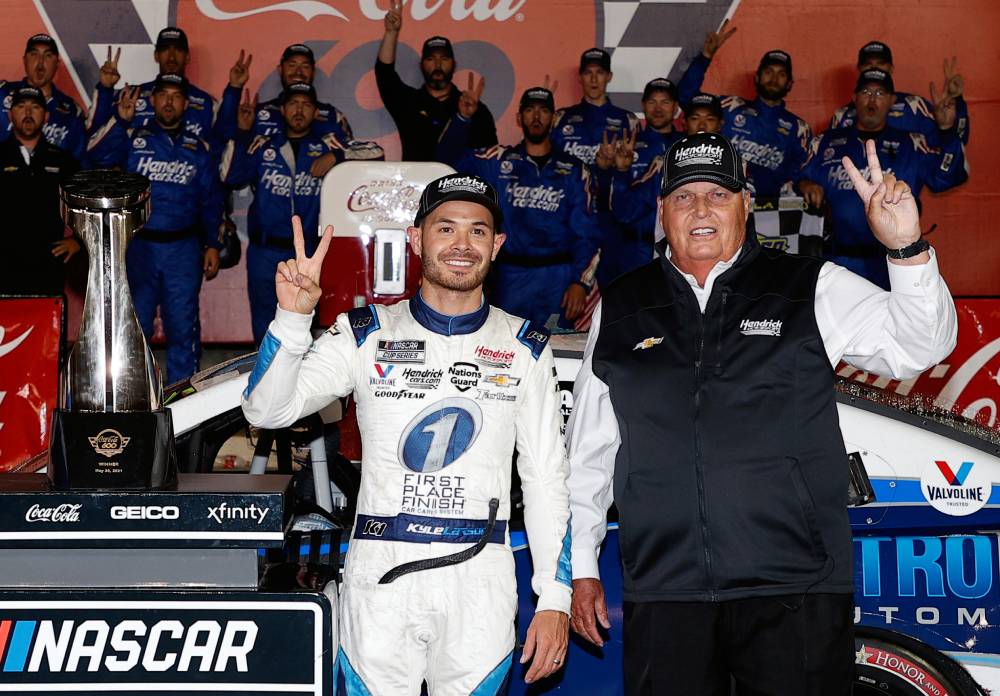 What they’ve been up to: Ahead of the 2022 season, Joe Gibbs Racing have bolstered their sponsorship portfolio. The team has extended its partnership with Rheem and its brands will continue to be featured on both the number 20 and number 18 cars driven by Christopher Bell and Kyle Busch.

What they’ve been up to: JTG Daugherty Racing have entered the non-fungible token (NFT) space in partnership with digital collectibles platform Candy Digital. Although yet to release its first NFTs, the team’s entry into the sector comes after Speedway Motorsports, owner of nine Nascar circuits, released its own NFT series in 2021. In addition, the team has revealed that, in partnership with Kroger, groceries will be delivered to campers in the infield and Park West grounds at the Daytona 500. 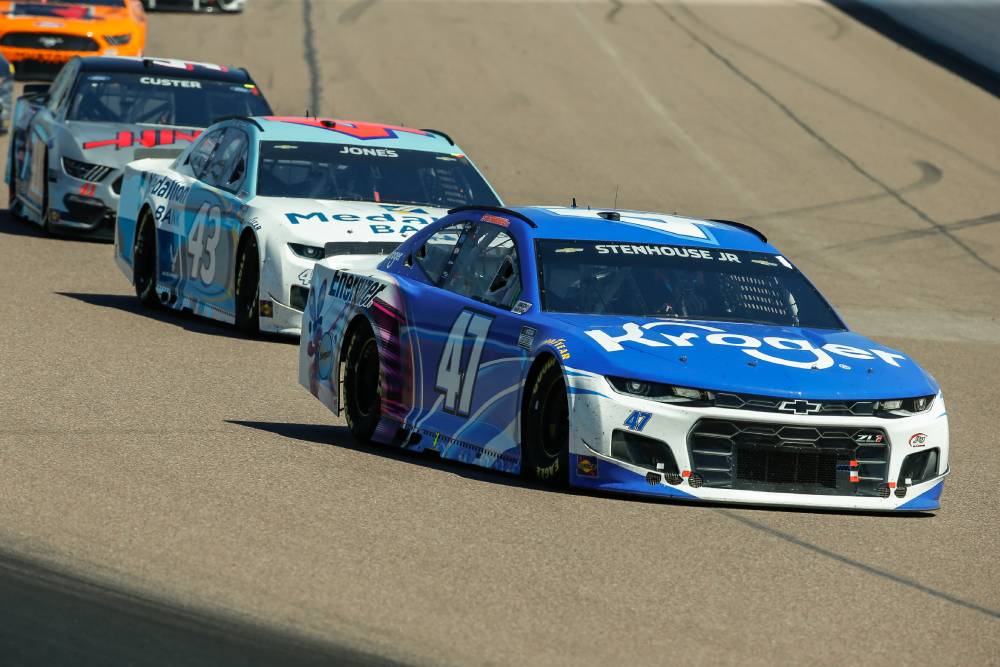 JTG Daugherty Racing will continue to work with Kroger in 2022

What they’ve been up to: Looking back to the 2021 season, Kaulig Racing scored their first Cup Series victory at Indianapolis Motor Speedway. In addition, the team also has a technical alliance with Richard Childress Racing (RCR) and operates its race shops on RCR's campus. Looking to 2022, Kaulig Racing has also secured a new partnership with Cure Token, a charity-based cryptocurrency, which will cover the Kansas Motor Speedway race on 11th September, during Paediatric Cancer Awareness Month. 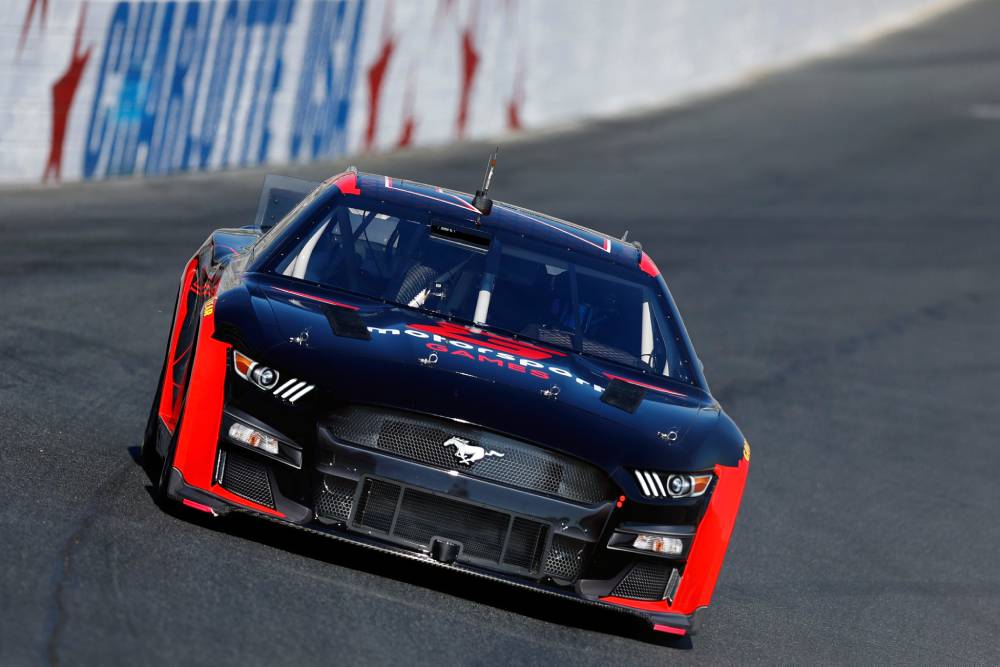 What they’ve been up to: Petty GMS Motorsports is a new entry for 2022, made up of GMS Racing and Richard Petty Motorsports. The team will field two full-time entries in Nascar’s Cup Series that will be driven by Ty Dillon and Erik Jones. Among the partners secured by the team is brain health supplement FocusFactor, which will be the primary partner of Jones’ car for 26 races during the 2022 season. It also marks FocusFactor’s first partnership in Nascar.

What they’ve been up to: RFK Racing, also known as Roush Fenway Keselowski Racing, will enter the Nascar Cup Series under a new name for 2022. The team was previously named Roush Fenway Racing. The rebranding of the team also comes with an extension to its longstanding 12-year partnership with Fastenal, which will be the primary sponsor of Brad Keselowski for several races during the 2022 season.

What they’ve been up to: Richard Childress Racing (RCR) have secured several partnerships ahead of the new season. 3Chi, a producer of hemp-based consumer products, has partnered with the team and driver Tyler Reddick, marking the first category-specific team partnership in the series and first hemp-based consumer brand sponsorship across all major professional sports. RCR have also teamed up with mortgage lender Guaranteed Rate for 2022, with the brand set to sponsor Reddick for a handful of races across the season. 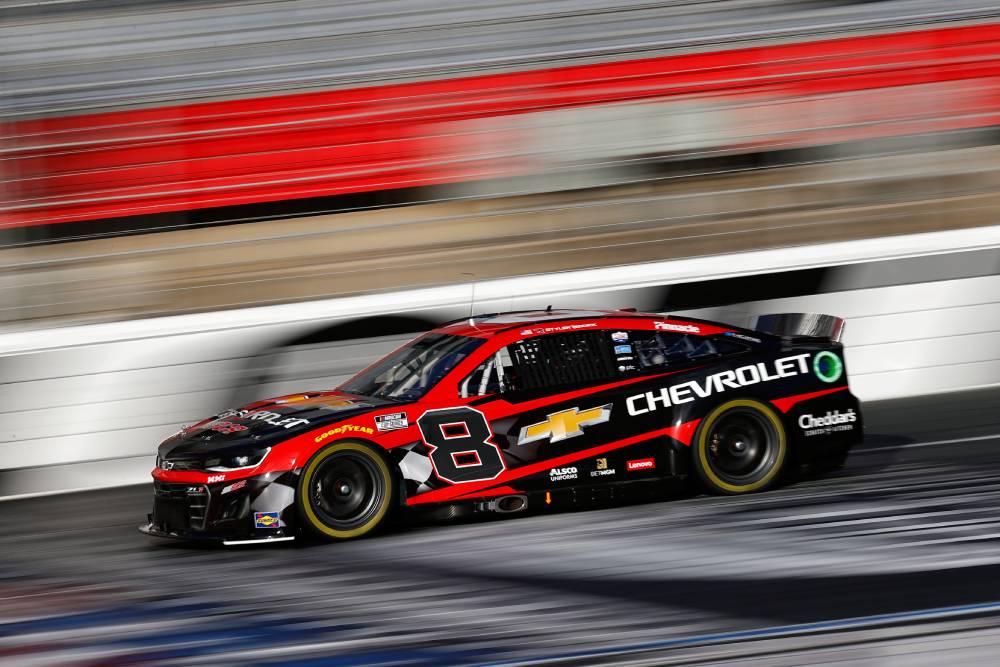 What they’ve been up to: Rick Ware Racing have announced an extension to their partnership with migraine treatment Nurtec OTD for a second year as the primary partner to the number 51 car. The deal will also be utilised to inform and educate the team’s fans about solutions to migraines. 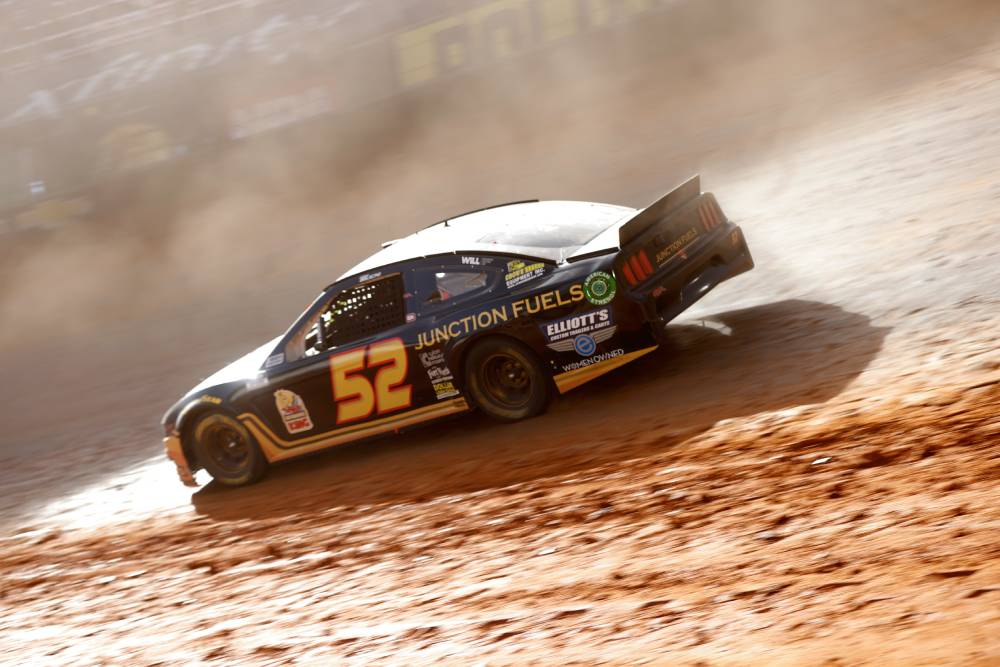 The Bristol Dirt race, a new appearance on the Nascar Cup Series calendar in 2021, will return in 2022

What they’ve been up to: In preparation for the upcoming season, Spire Motorsports have secured new partnerships with companies including termite, rodent and attic rescue service Pacific Coast Termite, as well as Built and Zeigler Automotive Group. They will sponsor Spire Motorsports’ Cup Series entries for several rounds across the 2022 season.

What they’ve been up to: Stewart-Haas Racing have announced a new, multi-year partnership with Mahindra, which will be the primary sponsor of Chase Briscoe’s number 14 car. Additionally, the team has re-joined with air conditioning and heating manufacturer Rheem, which will sponsor Kevin Harvick for his 22nd year in Nascar during three races – Las Vegas Motor Speedway on 6th March, Darlington Raceway on 8th May and Kansas Speedway on 11th September.

Outside of partnership news, Stewart-Haas Racing have also promoted key stakeholders in the organisation. These include the promotion of Mike Bugarewicz to performance director and the addition of Drew Blickensderfer as crew chief. 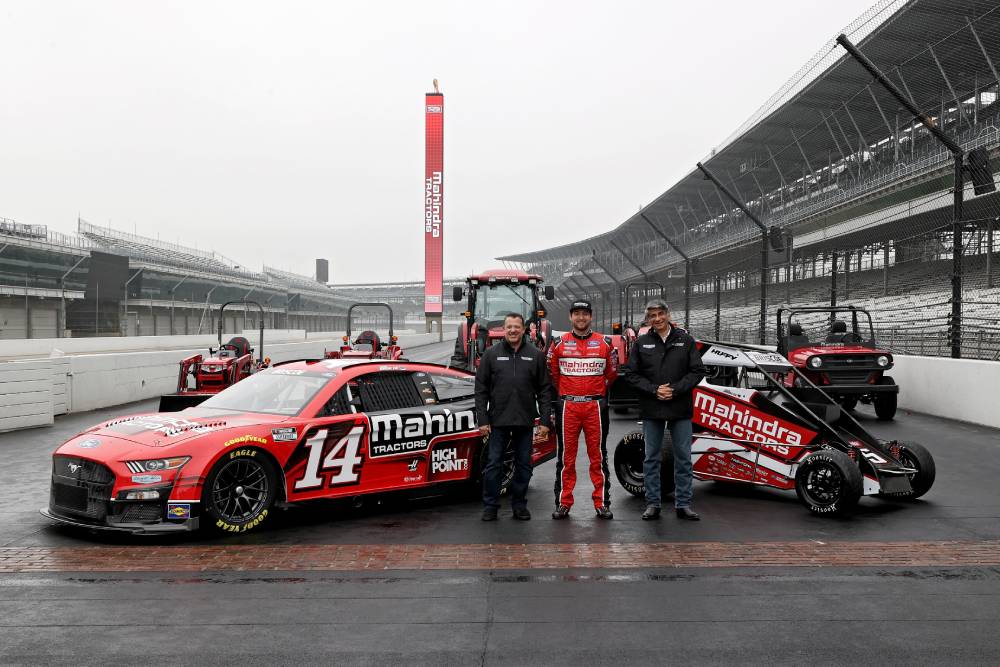 What they’ve been up to: team has extended its long-running agreement with Molson Coors, which will feature its Keystone Light brand on the number two Ford Mustang. Team Penske have also inked an extension to their partnership with Wurth for 2022. Wurth will act as the primary sponsor for Ryan Blaney’s number 12 Ford Mustang at the Talladega Superspeedway and Watkins Glen races in addition to the Auto Club Speedway on 27th February. 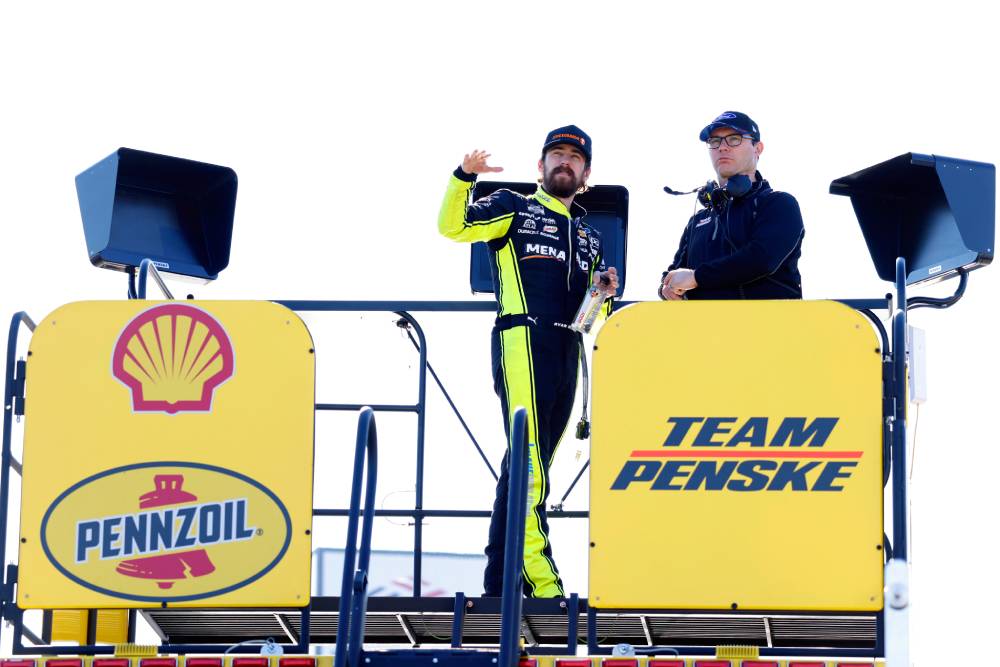 Team Penske gear up for the new season

What they’ve been up to: Trackhouse Racing, founded by Justin Marks and co-owner Pitbull, will be entering its second season in the Nascar Cup Series in 2022. The team recently agreed a new sponsorship deal with HowlerHead, the whiskey brand co-owned by UFC president Dana White, which will act as primary sponsor on Ross Chastain’s car for the season-opener.

What they’ve been up to: Wood Brothers Racing is Nascar’s oldest team, founded in 1950. Fast forward 72 years, and the team is gearing up for the 2022 season. Like JTG Daugherty Racing, the team has entered the NFT space with Candy Digital, expecting to release its own digital collectibles in 2022. Additionally, the team has added Dex Imaging to its sponsor lineup, with the brand set to serve as the primary sponsor for driver Harrison Burton. 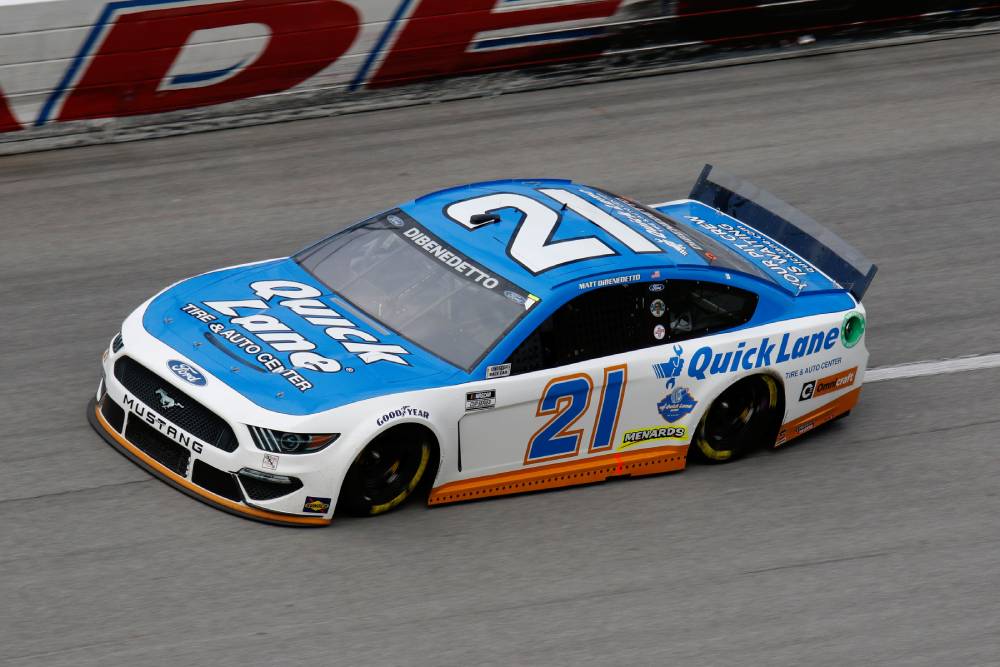 Fox is airing the first 19 Nascar Cup races of the 2022 season, including the Daytona 500 and the All-Star Race. The network's deal also includes the first half of the Xfinity Series season and exclusive rights to the Camping World Truck Series. Races are aired via the Fox commercial network as well as Fox Sports pay-TV channels, with some events made available on the Tubi streaming platform.

NBC will broadcast coverage of the final 20 Nascar Cup Series races and the final 19 Xfinity Series races of the 2022 season, as well as holding the rights to the stock car racing organisation's regional feeder series. Nascar broadcasts are split between the NBC commercial network and the pay-TV USA Network channel. The Peacock streaming platform airs simulcasts from the linear networks and other select live races.