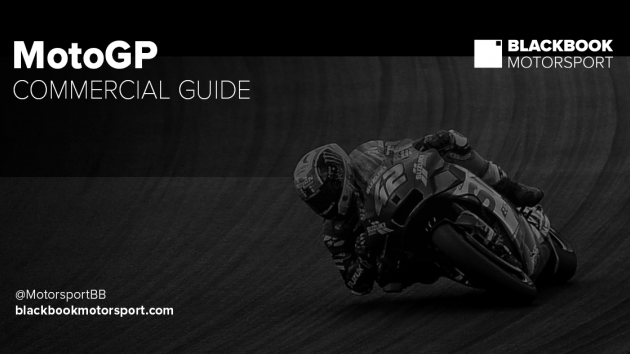 Despite the spread of the coronavirus, global motorcycling series MotoGP managed to host 14 rounds of the championship in 2020.

The season was headlined by the absence of title favourite Marc Marquez that suffered a massive crash in Jerez, the presence of Covid-19 in the paddock and an adjusted calendar that meant the campaign was staged entirely in Europe.

This weekend MotoGP heads to Jerez, Spain for the fourth round of the 2021 season, when it is hoping for a return to normality after a year of limits on fan attendance and other commercial restrictions.

The worsening of the Covid-19 pandemic presented significant challenges for the MotoGP paddock and the series’ commercial rights holder Dorna Sports. As the virus spread across the world, Dorna was unsure how many races and in which locations the series could run.

“Finally, we found a good way with good protocol to run it”, Dorna managing director Pau Serracanta tells the BlackBook. “We reduced the number of people that could attend the Grands Prix, around 1,500 people. We were travelling through Europe but there were no spectators except in Le Mans and Misano but in a limited number on the Sundays”.

The MotoGP paddock was restricted to around 1,500 people to allow the series to operate safely

The restricted calendar and lack of spectators meant that Dorna had to find new ways of connecting with sponsors. However, a large number of existing deals that the series has with its partners are mid to long term, meaning that there was reduced pressure to negotiate deals. In light of the situation, Dorna decided to extend some deals it already had in place.

“Last year, we had to negotiate how to manage the conditions in 2020 and decided to extend the agreements”, says Serracanta. “We extended the agreements with Red Bull, BMW, DHL, Michelin, many companies. We discussed how we would solve 2020. For example, with an agreement that ended in 2022, we said why not add an extra year, so it ends in 2023?”

When it became clear that last season wouldn’t be able to begin as planned in Qatar, Dorna faced the challenge of having to quickly revise the 2020 calendar to ensure that the MotoGP paddock remained safe and could visit as many locations as possible.

“Last year when we were building up to the first Grand Prix of the 2020 season, there was bad news regarding the possibility for Italian people to come to Qatar and then we were thinking that we should postpone the races in Thailand and the United States, hoping to start again after a break,” Carmelo Ezpeleta, chief executive at Dorna, tells the BlackBook.

“When we arrived in Spain, we realised how bad the situation was. Our main issue was trying to protect the MotoGP family through the independent teams and the private teams of Moto2 and Moto3.”

After speaking with global directors and the investment board, Dorna worked on putting several plans in place to ensure as many safe races as possible could be held. Due to local safety restrictions, fan and commercial attendance had to be heavily restricted.

Empty grandstands became a familiar sight for MotoGP in 2020

A total of 12 races that were originally scheduled on the 2020 calendar were forced to be cancelled in light of the pandemic. Rounds in locations such as Qatar, Thailand, the United States and Argentina became unfeasible. Due to these challenges, the series decided to only run European-based events in 2020, managing to successfully race in 14 locations.

“It was thanks to the help of the MotoGP family, team, organisers, manufacturers, everyone that we were able to run the championship”, adds Ezpeleta. “It was an experience, but we enforced our position and realised that the situation was able to work due to the MotoGP family.”

It is no secret that Netflix’s Formula One docuseries ‘Drive to Survive’ has been a huge success for the series and has helped to attract a new wave of younger fans. In an attempt to emulate that, Dorna and MotoGP have been working on a behind-the-scenes documentary with Amazon. According to Motorsport.com, filming began during the season-opening rounds in Doha, Qatar, with Spanish media company Mediapro handling the production. The series is expected to take on a similar format to Drive to Survive by following different people and teams around the paddock and sharing their stories.

So far, the 2021 season has been run in a similar manner to last campaign, with no fan attendance and a skeleton travelling crew. However, Serracanta is expecting the situation to improve as more countries start rolling out their vaccination programmes.

“I’m sure that once we go back to normality, it is the will and the wish from everybody to enjoy our events,” he says. “They’re normally like a weekend party. We know that the pandemic has not created a disruption in our business model – it’s not like people won’t want to go anymore. From the feedback we have received from the fans, they will want to come to races once the pandemic is over.”

Additionally, Dorna is banking on running a minimum of 18 races during the 2021 season and has already ventured out of Europe. By engaging with and obeying the local laws and minimising any possible transmission rates, those at Dorna appear confident that 18 rounds is achievable.

“Our main issue is to try to have a minimum of 18 races. We are able to do that, but that’s the minimum we can have”, Ezpeleta adds.  “This is the main issue we have right now. The rest, as soon as we can open, we will open, but for us it is important to maintain the safety of everybody where we are going. It is important to maintain the situation as well as we can”.

What they’ve been up to: Concessions in MotoGP regulations have allowed the team to start 2021 with a brand-new bike. After a difficult 2020 season with lower results than hoped, Aprilia Racing Team Gresini is hoping for a better run in 2021. The team continue their collaboration with Sky Q for another season, also bringing on Castrol as a partner for the season.

The team will continue its partnership with Sky Q for 2021

What they’ve been up to: Ahead of the 2021 season, Ducati secured a sponsorship deal with computer manufacturing company Lenovo, adding to its expansive list of commercial partners. Hoping to defend its constructors’ title and fight for the riders’ title this year, the team has brought on two new young riders, Jack Miller and Francesco Bagnaia.

Ducati Lenovo has brought on new rider Bagnaia for 2021

What they’ve been up to: Rider Nakagami’s premier sponsorship deal with Idemtisu is set to continue another season, marking the Japanese rider’s fourth season with the team. New rider Alex Marquez joins LCR Honda for the upcoming season, having made the move from the factory Repsol Honda team, working with title partner Castrol. Earlier this year, the team announced its commitment to MotoGP for another five years, taking it to 2026.

What they’ve been up to: After a strong start to the 2021 season, Monster Energy Yamaha is hoping to take the fight to Suzuki, who secured the riders’ championship in 2020. The introduction of young driver Fabio Quartararo from sister team Yamaha has proven to be a strong choice. Additionally, the team recently penned a deal with Dorna to remain in the series for five more years.

What they’ve been up to: Since its debut season in 2019, Petronas Yamaha has proven itself to be a serious competitor. Securing 2nd in the riders’ championship in 2020, the team has taken on MotoGP legend Valentino Rossi as it looks to progress further up the field. Ahead of the 2021 season, the team secured several commercial deals with companies such as Monitor, Green Power Generators and FlyMeTo.

Rossi has joined the team for 2021

What they’ve been up to: Pramac Racing secured several deals ahead of the 2021 season start in Doha, Qatar, including a three-year deal with Motul as the official lubricant partner and new app Poony. Rider Jorge Martin suffered fractures following a crash at the Portuguese Grand Prix, with the team expecting him to be back on track for the Italian Grand Prix in Mugello.

Pramac have secured several deals for the 2021 season, including a lubricants deal with Motul

What they’ve been up to: 2020 was a strong year for Red Bull KTM after the team secured its first MotoGP victory with Brad Binder. Eight podiums and three victories later, the team is looking to improve on these results for 2021. This season, Miguel Oliveira joins Binder for what the team hopes is another strong season in MotoGP.

After securing its first MotoGP victory in 2020, the team looks to improve in 2021

What they’ve been up to: 2021 is set to be a big year for Repsol Honda, as previously injured rider Marc Marquez makes the return to MotoGP. Given the all-clear from medical professionals in early April 2021, Marquez has already made a strong start and hopes to improve across the year. Teammate Pol Espargaro makes his debut with the team this year, hoping to be competitive.

What they've been up to: As 2021 will be Avintia's last year in the premier motorcycling class, the VR46 team will step up for 2022 with Saudi Arabian oil giant Saudi Aramco. Valentino Rossi's team has a history in supporting series Moto2, but has made the step up to MotoGP, supporting rider Luca Marini. Marini's teammate Enea Bastianini will race under an Esponsorama livery for 2021, however.

What they’ve been up to: After rider Joan Mir secured the riders’ world championship in 2020, Suzuki will be looking to defend the title from the likes of Monster Energy Yamaha. The team recently re-committed to MotoGP until 2026, marking it as the fifth team to do so. Additionally, the team inked a brand new with beer company Estrella Galicia 0,0, adding to its strong list of commercial partners for 2021 and beyond.

What they’ve been up to: In 2020, Tech 3 Racing celebrated its 30th season of world championship competition. Going into 2021, the team brings on new rider Danilo Petrucci, who secured his first points with the team at the Portuguese Grand Prix. The team will look to better these results throughout the 2021 season, hoping for an improvement on 2020.