When looking to expand their fanbase, motorsport series often turn to Europe, eastern Asia or the US. India, however, is often overlooked. Despite this, Indian fans share the passion and knowledge of other motorsport enthusiasts globally.

Formula E’s Mahindra Racing is the only top-level Indian motorsport team and is bringing a whole new range of fans to the series through strong brand activations and by maintaining its authenticity.

“The spirit, the atmosphere behind the team feels authentic and at the end of the day [Indian fans] realised that we are a team which can represent the country quite well at the global level,” Dilbagh Gill, Mahindra Racing’s team principal, tells the BlackBook.

Mahindra Racing previously competed in MotoGP feeder series Moto3 until 2015, before the team made the switch to the electric single-seater championship for the inaugural season, bringing its core Indian fanbase with it.

We’ve tried to be authentic. We carry the country’s colours pretty openly on our team, we tell the world we are representing India. It’s on our livery, it’s everywhere.

“Our fanbase was a pretty decent size – more than two million people following us on Facebook,” says Gill. “As soon as it came to merging our Mahindra Racing platform under the new heading a lot of them crossed over.”

Indeed, Mahindra Racing is important for Indian fans to feel like they are represented in motorsport. Those efforts clearly resonate, as Indian fans make up around half of the team’s fanbase, which Gill describes as being “very engaged” and “active”.

In order to capture that audience, Mahindra Racing has positioned Indian fans at the core of its strategy and created unique activations to connect and engage with them. So far, social media has been one of the team’s most valuable assets, according to Gill, who says that the team utilises its channels “to create content” for its fans.

One of Mahindra Racing’s most notable activations connected that fanbase in a unique and prominent way in 2019. Alongside Gill, the team took its drivers at the time - Jerome D'Ambosio and Nick Heidfeld – to a Bollywood set in Mumbai to shoot a scene in a film and a dance sequence. Hitting over 3 million views on YouTube, it was clear that the content was popular with fans in India and beyond.

“What Mahindra Racing has normally tried to do is at pre-season, we have taken the drivers to India,” Gill adds.

“Then, we have also created content – two years ago, Nick and Jerome dancing in Bollywood, stuff like that. The year after, we did some contemporary music with an Indian artist. We try and make these connections with the fans.”

Mahindra Racing has also been open and honest about its culture and heritage, which fans evidently respect. The team’s interaction with Bollywood culture is a significant indicator of this. International motorsport is traditionally considered European or American as most series, drivers and teams are based in those parts of the world. However, Mahindra Racing wants to demonstrate that motorsport can be Indian and proud.

“We’ve tried to be authentic,” says Gill. “We carry the country’s colours pretty openly on our team, we tell the world we are representing India. It’s on our livery, it’s everywhere. From that perspective, we are not shy of our culture.

“We have done the Bollywood stuff, we had something like 68 million views on the video, so we aren’t shying away from who we are. We take pride in where we came from.

“The whole team, which is around 54 people from 14 different countries, understand that we are an Indian-headquartered organisation and they take the spirit of that.”

In addition, Mahindra Racing is keen to promote the coverage of Formula E in India to strengthen its fanbase even more. As part of that drive, the team invites local journalists to races.

“We bring a lot of Indian journalists to races,” says Gill. “There are a lot of journalists that come to races and then try and understand what we are doing and take it back.”

Historically speaking, the Indian market has not had the strongest participation in sports, especially compared to countries in Europe and the Americas. Although Mahindra Racing is primarily focused on electric motorsport, the team’s goal is to encourage participation in all sport in the country, thereby converting Indian fans’ strong knowledge into practice.

“When you look at sport generally, India is potentially the world’s worst sporting nation. For a 1.3 billion population, our success in sport has been pretty poor,” admits Gill.

“However, in India, we are very good viewers of sport. We know what’s happening in the Premier League, we know all the statistics in the World Cup, but our participation is really poor. 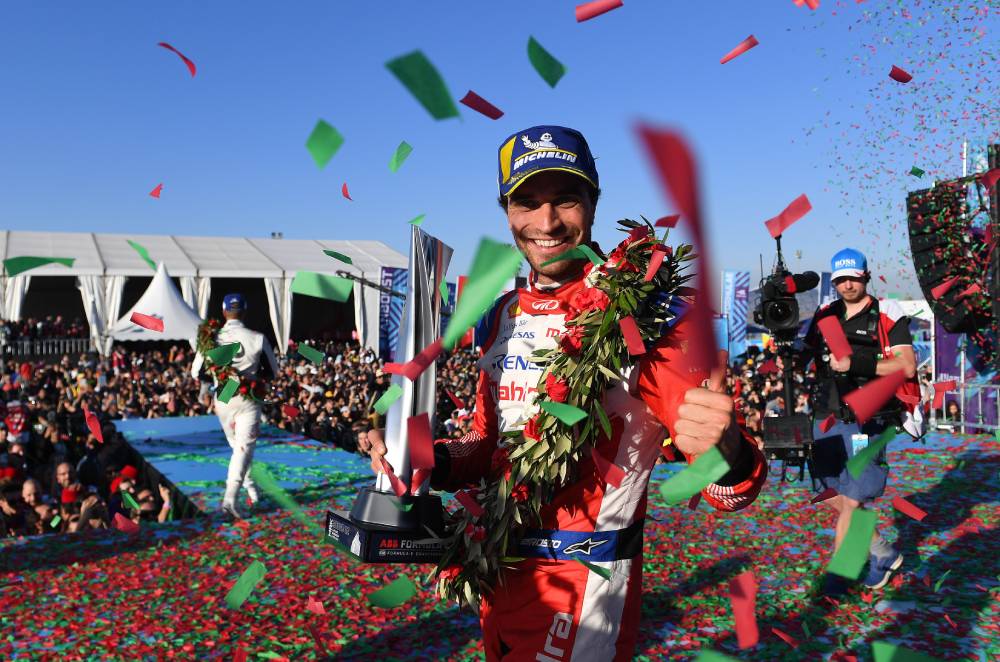 Through its Formula E campaign, Mahindra Racing wants to encourage fans to partake in sport.

Although Mahindra Racing has been able to make waves in India, motorsport itself is still very new in the market. A large proportion of the country’s citizens have struggled with poverty meaning that the costly glitz and glamour of motorsport has been out of reach. Seen as an unachievable prospect for many, it was not until recently that Indian fans began to engage with global championships.

“I think the culture of motorsport of India, that’s pretty new,” says Gill. “While we had some success with Karun Chandhok, Narain Karthikeyan, Jehan Daruvala, you can count all the names on one hand.

Indeed, Hindustan Motors and Maruti Suzuki dominated the Indian market for many years as India was forced to play catch-up to its European counterparts. Now, the nation is expected to be the world’s third largest automotive market by 2026. The tides are turning, and it is having a positive effect on the reception of motorsport.

“It’s only in the last 20 years that we’ve had a lot of new brands coming in and started modernising the Indian market in terms of automotive, and I think with that, a little bit of motorsport started to pick up,” Gill notes. 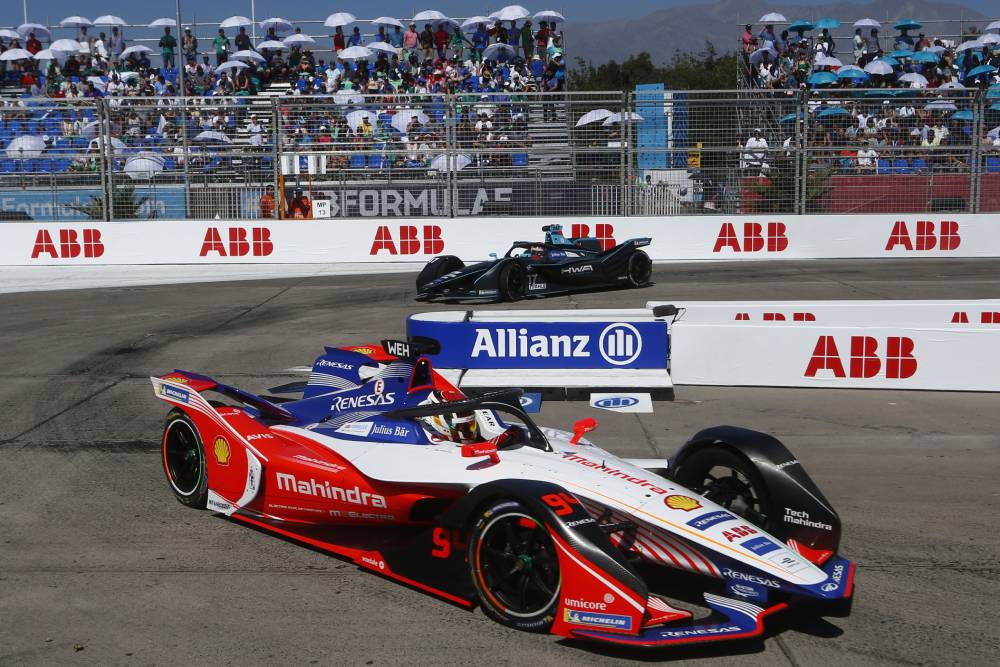 Wanting to capitalise on that change, one of Mahindra Racing’s aims is to introduce an Indian Formula E race to the calendar. It is clear that Formula E’s Indian fanbase is growing, and it is expected to continue to do so following a new broadcast deal with pay-television network Star India. Gill expects that a race in India would connect with the local fanbase further and fuel its growth.

“One of our short-term goals is to try to get a race there,” he says. “That would be really important and critical. It’s also quite interesting to our fellow competitors.

“In the next year or two, India is going to become one of the top three markets for cars in the world, in terms of volume, not value. We sell a lot of small cars.

“All the brands that are participating in Formula E have a presence in India now. It’s one of the markets where all the brands are present.

“It will make sense to have a race there and, at the end of the day, I think sporting successes have started coming to India and people are starting to take notice. The first move is to have a Formula E race there.” 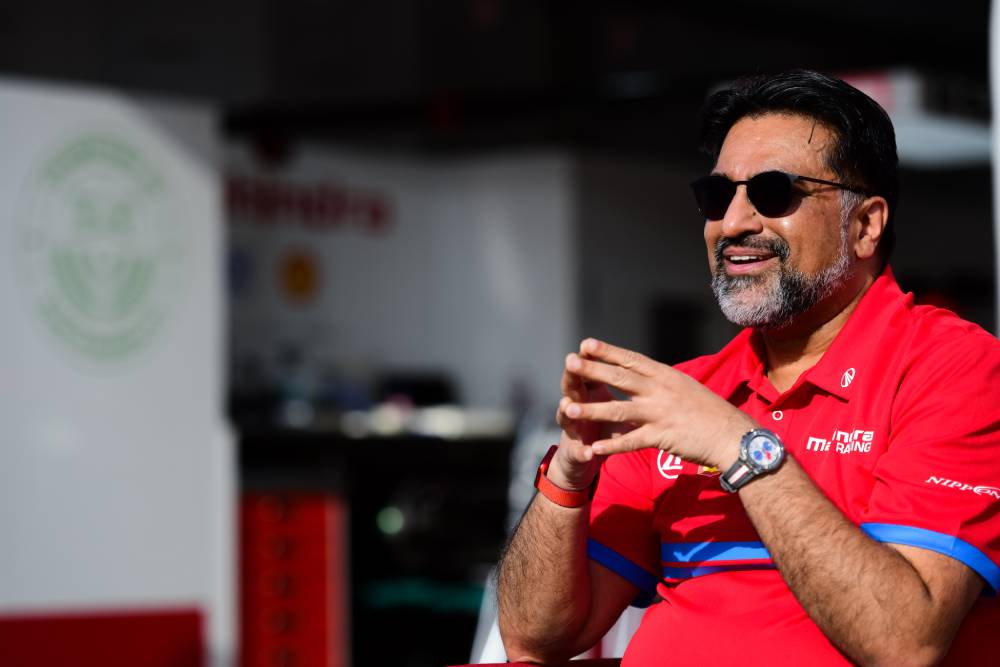 Gill is currently working on an Indian Formula E race.

To put that plan in motion, Gill and the team have already had initial conversations with state governments around India, exploring possible locations. However, India’s variable weather could present some problems.

“We’ve had some preliminary conversations with the various governments at different state levels,” says Gill.

“There has been a lot of groundwork going on in the background. I think in terms of having a race, the earliest would be season nine.

“As far as what we are trying to do is talk to Formula E and try and find out which part of the year we could fit that into the calendar. India has a variety of weather during the year.

“If it’s between October and February we cannot do Delhi. Delhi has too much fog and it’s too cold, the days are too short.

“If it’s summertime, we can’t do Mumbai, there are monsoons there. It depends on the weather but there is interest from India to host a race.”

Through cultural social media activations, national pride, engagement with fans and the prospect of a new race, Mahindra Racing has been able to engage with the Indian market on a level that has not been seen before in international motorsport. Thanks to India’s large population, paired with knowledgeable and dedicated fans, the market is set to be valuable for any motorsport series going forward.

Mahindra Racing and Formula E got there first.