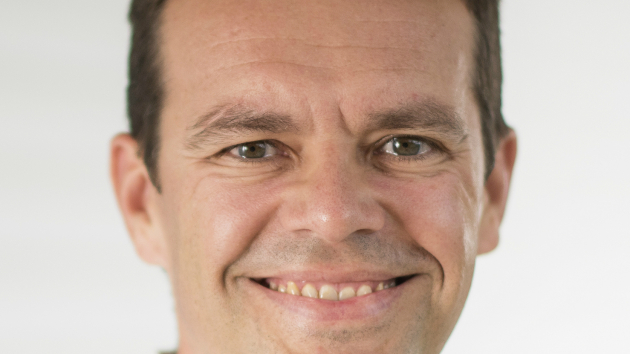 The World Rally Championship (WRC) returns for its 45th season this weekend, starting with the Monte Carlo Rally in Monaco. The series’ four main teams and their crews are gearing up to compete in 13 rounds between January and November, with the championship also set to return to the Turkish holiday resort of Mamaris for the first time since 2010.

Far from the controlled environment of circuit racing, WRC events are split into between 15 and 25 timed stages across three days on closed roads, and drivers are faced with dangerous weather, the occasional stray animal and an eclectic mix of surfaces ranging from gravel and tarmac to snow and ice.

Indeed, it’s the WRC’s uncertainty that keeps its spectators interested. This year, the championship is tapping into that interest by rolling out its new streaming service, WRC All Live, which will show over 25 hours of live action from each rally, boosting the series’ annual output of live coverage from a mere 40 hours to 300. Transmissions will be created using stage-side and on-board cameras, helicopters, drones, and a production team of around 100 people, and will be made available for €8.99 per month on the WRC’s subscription channel.

As excitement for the 2018 WRC continues to build, Black Book caught up with Oliver Ciesla (right), the championship’s managing director, to discuss the changes that have been made ahead of the new season, and to find out what opportunities the series’ new OTT service will afford.

How are your plans coming along for the opening event of the season?

For the first time in the history of the WRC we arranged a pre-launch event before the start of the season at the Autosport International Show in Birmingham in the UK, which in my eyes was a success. It was impressive to see how big the event was, and the feedback from the media and the fans was tremendous, so that was very promising for us.

After the success of last season, interest in the WRC continues to be high and continues to grow, so that is encouraging ahead of the first rally. Beyond that, we are all excited and curious to see if the unpredictability and drama from last year will continue in 2018.

What’s going to be different about the championship this year? Are there any new rules or regulations that might impact the series?

The rules and regulations have not changed too much. After all the work that we’ve done in the last four or five years, it seems that we now have a concept that works quite well. We also have a new specification of World Rally Cars which have only been used for one year of competition, so not much will change from that perspective either.

You’ve made one significant schedule change, bringing back the Rally of Turkey to replace Poland. What was the thought process behind that decision, and are you confident in Mamaris as a host venue?

Turkey is a terrific market for the automotive industry, and almost all of the manufacturers participating in the WRC already have big factories there, so commercially speaking it is an interesting market.

From the perspective of the event itself, the organisers proposed a very compact rally which very much aligns with what we like to see from our rallys, with the cars being either on the stage or available to the fans in the service parks, without wasting too much time on the road sections of the course.

Mamaris is also a tremendous tourist destination with great food, great hotels and beautiful sea, so it’s not the worst place to go to work.

Do you have any new on-site activations planned for your events this season to drive fan engagement?

We are in the middle of a process. What you will see in 2018 compared to last year is that we will introduce a new branding strategy at our events. The WRC colours, trademarks and brand will be more regularly visible at various points during the rallies in order to identify them as a WRC event. For us as a promoter, this is to make the WRC brand more recognisable and to build it up.

We are also working with a group of different agencies to identify how the look and feel of the team materials and other items that we use in our sport can be built in a more modern way. Many of the advertisement spaces, hospitality areas and infrastructure that you see at our events are still very much the same as they have been for many years, so we’re trying to update it to make it look more modern.

One of the main storylines in 2017 was the emergence of a healthy crop of young drivers. How important is it for the future of the sport to have young stars emerging?

It’s crucial. Like in any sport, the national hero is the most important catalyst to mobilise the fans. We’re lucky to see that there are a number of young drivers coming through the sport and qualifying for World Rally Cars, but of course we can never have enough, especially not from different countries.

Many of the advertisement spaces, hospitality areas and infrastructure that you see at our events are still very much the same as they have been for many years, so we’re trying to update it to make it look more modern.

We are quite well positioned in Scandinavia at the moment but the dream would be if drivers could qualify from core commercial markets for the automotive industry such as Italy, Germany and Japan, because that would be very important for the championship to raise interest in those respective countries.

You recently announced that you’ll be launching a new streaming service for the 2018 season. How important will that platform be for giving fans unprecedented access to the sport?

That’s going to be another big novelty for us this year. The platform itself - WRC+ - was first launched in 2014, and what we’ve done now is a further development on that. The current offer allows you to see all the highlights programmes and live stages that we produce, as well as the live GPS data feed that shows you where the cars are on a graphic map, and all the on-board cameras from all the cars at all the stages. At the end of 2017, those were the four pillars of WRC+.

Now we are adding a fifth pillar to this package, which is called WRC All Live. From the first stage of each event to the end of the podium after the last stage we will have a continuous live service available on that stream on WRC.com. We cover all the live stages, and between the live stages we go into the service parks, we tell the fans all the news and all the activities that happen whether it is during a service or when the cars are on the road section. We also have interviews with drivers and team principles to complement expert analysis.

Our fanbase is well-educated and has a high affinity to digital services, so this is the platform through which we reach out to people who are motorsport fans or rally fans - we are trying to talk the language that the rally fans are speaking.

So the character of a rally that lasts for three days is excellently reflected in this media offering, and gives fans tremendous flexibility to go inside the WRC event whenever time allows them. So fans won’t just be consuming old news which might have been posted on social media an hour or two ago. Instead, they can choose when they want to be part of the live event wherever they are in the world, whether that’s on their phone, their computer or whatever device they are using.

This is a game-changer for how the fan can be part of the rally weekend. It will also be an important new tool for people working in the industry, including journalists, team principals and staff members of a manufacturer still based in the company’s headquarters.

This is a tremendous new tool, so we’ll have to see how it can be exploited and what the benefits are. It could be a service that we share with our existing and future broadcast partners, while other OTT services that have a pay offer can have access to this service from us.

Another advantage is that we can carve out additional footage and share much more content on our social media than we have done in the past. We’ll be jumping from 40 hours of live content in a year to 300, which will be another draw for potential broadcast partners who maybe did not talk to us in the past.

How important is it to steal a lead in this space ahead of other motorsport championships which haven’t yet launched their own streaming services?

We will have to see. We are not doing this to be competitive against sports that have much more popularity or relevance. We have to work in our environment and provide the services that suit our clients best. Our fanbase is well-educated and has a high affinity to digital services, so this is the platform through which we reach out to people who are motorsport fans or rally fans - we are trying to talk the language that the rally fans are speaking.

How this develops economically we will have to see. In the first phase we want to provide all the opportunities, and then we will see what kind of client has interest in exploiting the service in whatever way. For example, it could end up being an additional platform for advertising.

I think we will learn a lot once WRC All Live has been in the market for a year.

What has to happen in 2018 to make it a successful season for the WRC?

From a sporting perspective, it would be positive if the unpredictability of recent years continues. The teams will still be well balanced and very competitive against each other, because the cars will remain quite balanced given that they’ve been developed together for only one year.

One of our top targets has been to make sure that every rally is exciting due to its unpredictability. We want the decisive moment in a rally to fall as late as possible, and we also want the entire championship to be decided in October or November rather than in July or August, so that every rally remains relevant.

On the commercial side, we’ll be trying to sell TV rights and secure sponsors, and we hope that WRC Live will be a success in terms of subscriptions and the turnover we seek to generate. It’s also important that the platform works for the event organisers that have a commercial interest, and that the events are attractive for the fans so that we can sell tickets. In the last few years the trends have been very positive. In 2013 we had a total of three million fans at 14 events, but last year we had four million fans at 13 events, so it’s clear that the championship is developing in a fruitful way.

This article forms part of Black Book’s ‘Leaders in Motorsport’ series. This series is supported by an influential advisory group of industry leaders providing Black Book with exclusive in depth insight into their series, teams or brands. To find out more, click here.