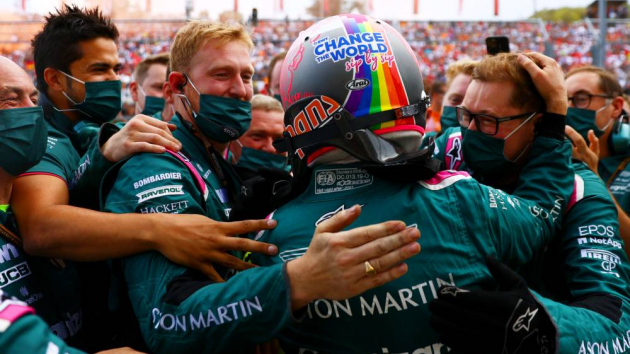 In January 2020, it was announced that British carmaker Aston Martin would return to Formula One after a 61-year absence as part of a commercial rebrand of the Racing Point team. It followed a UK£182 million investment from Canadian businessman Lawrence Stroll to acquire a 16.7 per cent stake in Aston Martin as the company teetered on the edge of bankruptcy for the eighth time.

Now, with one season under its belt, the team is seeking to improve on its on-track performance in 2022. Indeed, it is no secret that Aston Martin underperformed during their comeback 2021 season, finishing seventh in the constructors’ standings, but Stroll himself has said it will take time for the team to compete at the right end of the championship.

Off the track, however, progress has come a little quicker. Ahead of the start of the 2021 campaign, the team was bolstered by the addition of multinational professional services company Cognizant as a new title partner in a deal reportedly worth up to UK£30 million (US$40 million) per year, according to Insider Sport.

Going into the 2022 campaign, Aston Martin have secured another long-term partnership with Saudi Arabian state-owned oil firm Aramco, which joins Cognizant as a co-title partner, meaning the official name of the team is now the Aston Martin Cognizant F1 Team. 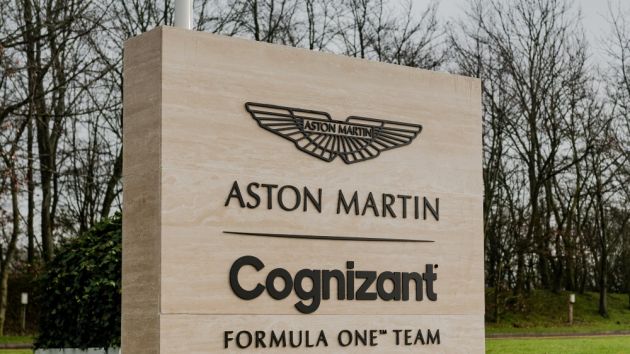 Cognizant joined the team in 2021 to aid its progress

Aston Martin’s new deal with Aramco, which already has a global partnership with Formula One, should also provide the Saudi company with something of a testbed. To that end, the pair have vowed to collaborate on the development of more efficient internal combustion engines, high-performance sustainable fuels, and advanced lubricants, as well as the deployment of non-metallic materials in vehicles.

All of that will not only feed into Formula One’s own efforts to be powered entirely by sustainable fuels by 2025, but should also provide learnings for Aston Martin’s automotive division.

NEWS: @AstonMartinF1 and @aramco have today announced a long-term strategic partnership which will drive the development of efficient internal combustion engines, sustainable fuels, advanced lubricants and the deployment of non-metallic materials in vehicles. Read more. ⬇️

“[Aramco] have a large non-metallic department. So they probably produce the most carbon fibres to be sustainable. Instead of using steel, they are replacing their pipelines with carbon. It's a lot more sustainable.

“We think that there's a lot of intellectual transfer that can go on between the two of us.”

In terms of how the pair will invest in joint projects, Stroll said “all that is to be worked out”, but added that it “depends on the project” and “depends on the cost”.

The deal with Aramco is just another part of Stroll’s plan for Aston Martin to win a world championship in a matter of just five years whilst simultaneously growing the wider company’s automotive business. That might sound ambitious, but when Stroll invests in a company, success typically follows. Just ask Ralph Lauren, Michael Kors and Tommy Hilfiger, fashion brands that he has worked with previously and helped grow their global presence. 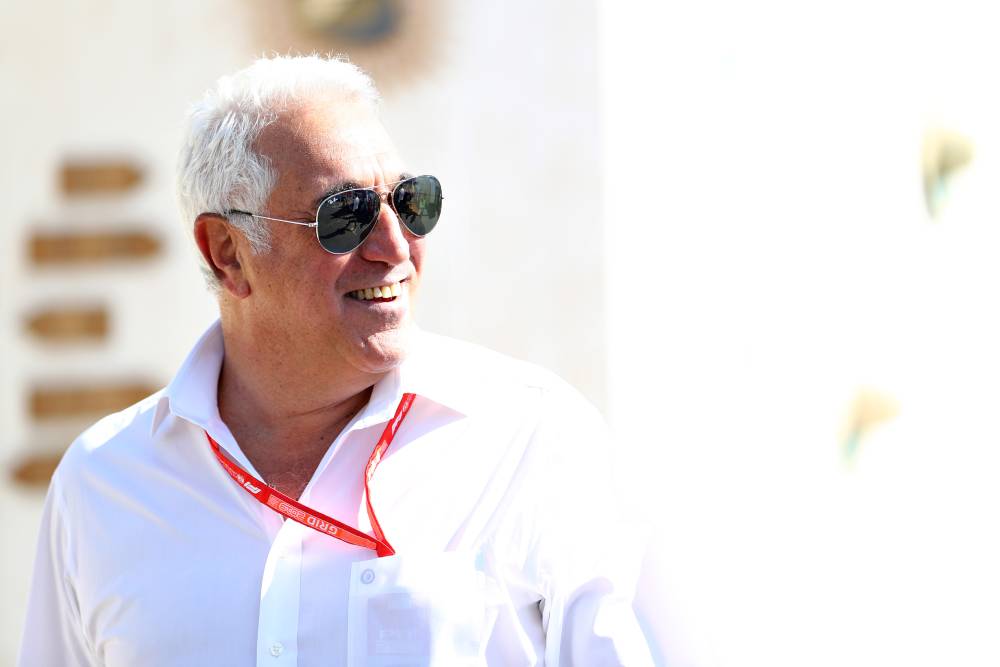 Stroll has worked with brands such as Ralph Lauren, Tommy Hilfiger and Michael Kors, and has brought that experience to Aston Martin

Already, one year into that five-year plan, Stroll said Aston Martin has seen “a significant uplift in sales”. Indeed, during the first half of 2021, Aston Martin reported a 224 per cent growth in sales in its automotive division after sales volumes dipped by 32 per cent in 2020 during the Covid-19 pandemic. That is perhaps to be expected as part of the broader story of financial recovery in the wake of the health crisis, but Stroll is confident that Aston Martin’s Formula One presence has also had an impact.

In addition to running a Formula One team, Aston Martin also supplies the series’ safety and medical cars. The presence of these cars, leading the pack and assisting with medical concerns during a race weekend, helps put Aston Martin front of mind for those watching.

For example, the Aston Martin Lagonda website sees web traffic on a Formula One raceday go up by 15 per cent and 25 per cent when the safety car is on display, demonstrating a direct link between people seeing the brand on track and visiting the website. The Aston Martin brand also benefitted from 22,701 hours of global television exposure across the 2021 Formula One season and the team has seen its Twitter following grow from 1.08 million in March 2021 to 1.4 million in February 2022. 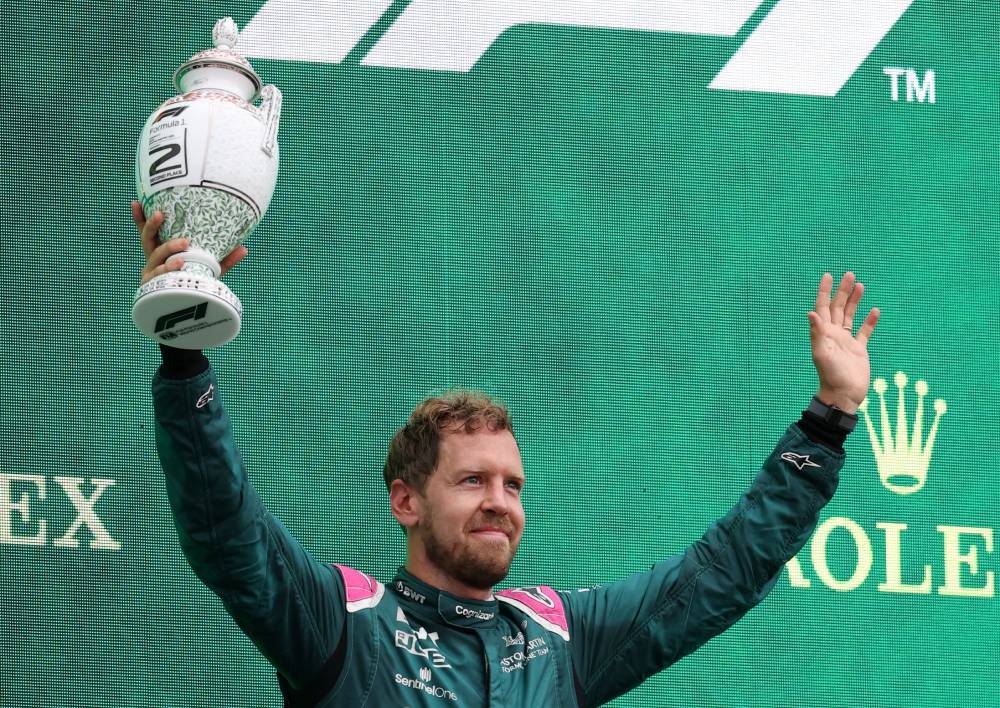 Aston Martin has seen some success in 2021, but still has some way to go

“The sport is on fire in general, it's really hot,” says Stroll. “It's mostly petrolheads and car enthusiasts [who watch Formula One] and people who ultimately are customers.

“When they see an Aston Martin back on the track and they see two beautiful British racing green cars, the safety car and the medical car, they think, ‘well, let me check out what's happening at Aston Martin.’”

Heading into year two of Stroll’s five-year plan, Aston Martin are currently working on the development of a new US$276 million factory near Silverstone Circuit, which is being billed as Formula One’s first-ever ‘smart factory’. The team’s new base, which is being built as a wireless and adaptive facility, will house all manufacturing resources in a single campus and is also set to include a new wind tunnel and simulator.

Armed with the financial backing of Stroll, in addition to some new hires – including team principal Mike Krack and technical director Dan Fallows – the pieces appear to be falling into place for the Aston Martin Formula One outfit to meet its owner’s bold ambitions. With the 2022 season fast approaching, the team will be hoping that some of the progress behind the scenes will now start to be mirrored on the track.