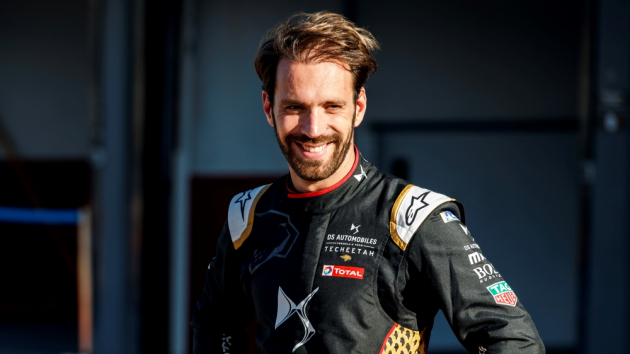 “Seven years ago, I did not understand anything about those people talking about global warming and CO2 emissions. I thought it was boring.”

Jean-Éric Vergne is refreshingly honest when asked by the BlackBook if he has always been an advocate of sustainability and raising awareness of climate change.

Back in 2014, the Frenchman was in his third, and final, season racing for Toro Rosso in Formula One. The campaign was the first to introduce the 1.6-litre turbo-charged V6s, with the goal of cutting fuel consumption by 35 per cent and signalling the series’ biggest embrace yet of energy efficiency.

Even so, after eight seasons of 2.4-litre V8s, and decades prior to that of unadulterated V10 and V12 power, the switch proved hard to swallow for many. Fan and driver dissatisfaction over performance and sound was perhaps summed up most succinctly by Sebastian Vettel, then of Red Bull.

Fast forward to 2021 and things are markedly different. The V6 turbo engines have endured, though never revered by Formula One’s staunchest supporters, yet look to have merely scratched the surface for the sport’s sustainability intentions. More on that later.

As for Vergne, having spent two years as Ferrari’s test driver after losing his Toro Rosso seat, he is in his seventh season racing in the all-electric Formula E. The switch has proved a highly productive one for the 30-year-old, bringing him two consecutive championships with DS Techeetah. Even more enduring though, has been Vergne’s commitment to environmentalism and the role motorsport can play in tackling the climate crisis.

“Jumping into Formula E I had to actually understand it,” he tells the BlackBook. “That came by talking with the team about what they're trying to achieve with the manufacturers and the sponsors, and finding out what attracted the sponsors into Formula E. I needed to get an understanding about all of these things.”

Having been brought up to speed with Formula E’s aims, both on the track and further afield, Vergne has spoken openly about confronting an issue that affects every single one of us.

“I think we have to start with ourself and if everybody does the same the whole population then can change things,” he said in 2019.

Now, Vergne has upped his efforts once more by co-founding Veloce Racing, which will race in Extreme E. After years of build-up, the all-electric SUV series’ inaugural race weekend will take place from 3rd to 4th April in Saudi Arabia. That is the first of five stops – the others being Senegal, Greenland, Brazil and Argentina – all specifically chosen due to the damage already caused by climate change.

Motorsport I think has taken the right turn because today it is the laboratory of new technologies.

Extreme E stands as the newest motor racing series where action and advocacy go hand in hand, as well as being the latest venture from Formula E founder Alejandro Agag. As Vergne attests, the Spaniard’s energy is infectious.

“The first thing that attracted me [to Extreme E], to be honest, was Alejandro,” he says. “It was more than two years ago when I spoke to him in his office in London and he told me that he was going to do a new series that would be completely revolutionary and very exciting.

“I remember when I left the office I told him ‘I don't know how, but I'm going to have a team’. I like to be part of exciting projects from the beginning.

“I look at what Formula E is and I think Alejandro has all the ingredients for Extreme E to be a really big thing. You see the names that are already involved in it.

“The other part is the environmental cause. I don't have the same attraction as Lewis Hamilton or Nico Rosberg have but I believe anybody can do something and it's in general very welcome.

“We're all here to push in the same way for things to change, for people to understand the problems that we're facing today and I think it's a fantastic way to push those messages through sport and especially through Extreme E.”

Given his racing achievements, Vergne is rather underselling himself in regards to his profile. But he is right in highlighting that the series has struck a chord with some of motorsport’s biggest names. In January, Jenson Button became the third Formula One world champion to become a team owner, following Hamilton and Rosberg.

Button will also be behind the wheel for his JBXE outfit, in a series where each team, refreshingly, has a male and female driver.

For Veloce, expectations will be high. With Formula One design guru Adrian Newey joining Vergne as part of the management, and Le Mans Series winner Stéphane Sarrazin and defending W Series champion Jamie Chadwick driving, the team has ample pedigree.

Vergne looks to temper expectations but cannot resist sprinkling in some of his driver’s competitiveness.

“It's very hard to say how we're going to be against the other teams,” he says. “Obviously we are here to win. We have fantastic drivers but are they going to be the best in a completely new car?

“The only thing that I know for sure is they're both working extremely hard. Stéphane has a huge amount of experience in any kind of car and this will be extremely valuable to Jamie Chadwick, who’s a quick learner.

“We will see. We're definitely here to win. If we don't win in the first races, you can be sure that everybody is going to be working extremely hard to try and win because that's what we want to do.”

Extreme E has been at least three years in the making. In that intervening period, Formula E became the first sport to achieve a certified net-zero carbon footprint, while Agag turned his attentions to the water for his latest racing competition, the E1 World Electric Powerboat Series.

The conversation around climate change has certainly got louder. But for critics, it is either still not enough, should have come sooner, or is too little too late. For Vergne, he believes progress is being made.

“I think that such a huge task is not something that you can do overnight,” he says. “Our sport has taken a right turn into that direction, especially with Formula E and more recently with Extreme E.

“Are we doing enough? I don't know. Are we in the right direction? Yes we are.”

As motorsport’s most high-profile series, Formula One has drawn considerable flack for its carbon emissions – which amount to approximately 256,000 tonnes of carbon dioxide per season. Helping that will be 100 per cent sustainable fuels in redeveloped engines by 2026 and doing away with single-use plastic bottles this season.

Owner Liberty Media has evidently thrown its weight behind this green push. But seeing as cars make up about only 0.7 per cent of Formula One’s carbon footprint, this cultural shift will have to be universally adopted from factory works to fans.

F1 produces the equivalent of 256,000 tonnes of carbon dioxide on and off the track over a season

What the series, and others, must also come to terms with is where they sit in modern society. It will pain the romantics, but the heady days of screaming V12 power units are not coming back. Where motorsport has prospered time and again is by positioning itself as a leader in technology. Now that focus must shift to sustainability innovations to drive positive change once again.

“I think motorsport has always had a place in the actual world,” says Vergne. “Back in the 1970s and 1980s, Formula One had a huge laboratory for everything related to safety: break discs, seatbelts, all those features that went into road cars.

“Motorsport I think has taken the right turn because today it is the laboratory of new technologies. Extreme E is running on an electric powertrain with batteries and I'm pretty sure in the near future it's going to be a new technology that won't be electric. Something different, like hydrogen.

Vergne wants motorsport to help educate and inspire the next generation

“This is where sport is fantastic. You are allowed to push the boundaries for a fraction of the cost that the manufacturer will actually spend into developing a hydrogen car, or the manufactures are investing into creating their electric powertrains and batteries.

“Motorsport today, as it stands, is definitely playing a big role now.”

Ultimately, Vergne feels that racing can help educate and inspire the next generation. In the past, motorsport has revelled in pushing the limit. Now, that approach must continue away from the track for it to properly address the challenge of climate change.

“We have to play a role and have motorsport educate,” finishes Vergne. “I think the education side to the young fans is extremely important. When those kids get older they're not going to buy a diesel or petrol car. They will buy an electric car. This process is already underway and we need to keep pushing this.”