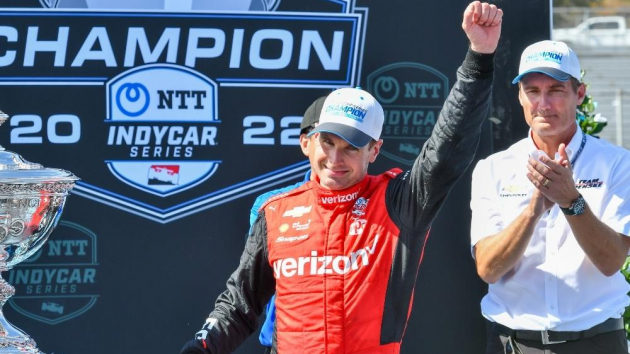 A thrilling IndyCar season culminated in a tense finale in central California, as Will Power prevailed in a five-way championship battle at Laguna Seca Raceway.

The Australian was in the driving seat going into the final race of the season, but had to resist a stirring drive from title rival Josef Newgarden. The American rose from the last row of the grid to finish second on track, one place ahead of Power, missing out on the championship by 16 points.

The Team Penske teammates have now won four of the last nine IndyCar titles between them, with Power picking up his second championship last weekend.

IndyCar sits in the interesting position where Team Penske’s owner Roger Penske also owns the series itself. The businessman stepped in to purchase the Indianapolis Motor Speedway (IMS), IndyCar, and IMS Productions back in 2019.

Back then, the open wheel series was struggling, and its travails were only set to get worse with the pandemic just around the corner. In 2020, the 1986 Indianapolis 500 champion Bobby Rahal told MotorSport Magazine: “Thank God Roger did buy it, because I really seriously doubt we would’ve had a season.”

The initiatives set in motion three years ago only stand to benefit the series moving forward. One such initiative was the Race for Equality and Change, which aimed to produce a more diverse workforce in IndyCar. This season, it has manifested in the Diverse Leadership in Motorsports Programme, which is designed to give students from diverse backgrounds hands-on experience and employment opportunities.

Penske also oversaw the introduction of the Force Indy team. The all African-American outfit first competed in 2020 in the USF2000 Championship, the fourth tier of the American motorsport ladder. This year, they competed in the Indy Lights series, the championship below IndyCar.

With mentorship provided by Team Penske, team principal Rod Reid is continuing to aim high. Before the start of this season, he said: “We remain very fortunate to have Team Penske offer its guidance and mentorship. I have been in and around the sport for 40 years. Force Indy remains a labour of love and our goals are unchanged: focusing on diversity with an eye toward competing in the IndyCar series.”

While these moves went on behind on the scenes, IndyCar also saw developments on the track. Tatiana Calderón became the first female driver to compete for A J Foyt Enterprises, while Simona de Silvestro returned to the series with the female-led Paretta Autosport team. 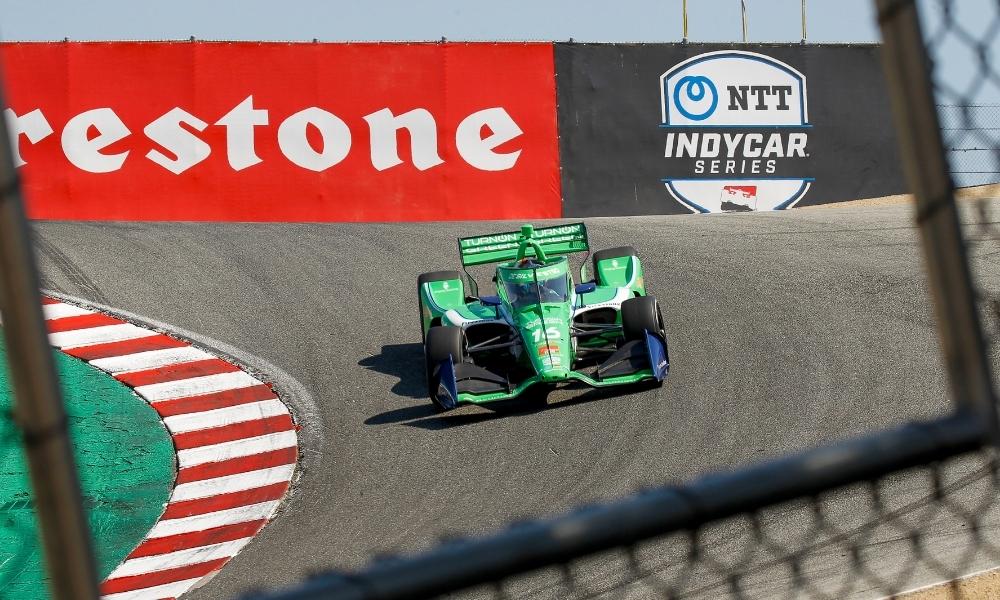 Calderón’s season was unfortunately derailed due to sponsorship issues, as funding continues to be a barrier to entry for women in motorsport. However, Paretta Autosport managed to exceed their initial plan of three race entries for the season, as they made their fourth appearance of the year at the season finale in Laguna Seca.

This was made possible due to TurnOnGreen stepping in as primary sponsor for the team, following on from KiwiCo, the STEAM (science, technology, engineering, arts and mathematics) learning company which backed their first two outings, and resource planning software firm Acumatica, supporter for their third race.

IndyCar is showing itself to be much more progressive than Formula One, a series that remains unable to offer female drivers opportunities as low down as its third-tier feeder series Formula Three. In stark contrast, Beth Paretta, team owner of Paretta Autosport, is hoping to finalise plans for her female-led, female-driven team to compete full-time in IndyCar in the near future.

Eyes on the road

One benefit of the rise in popularity of Formula One is increased attention across the entirety of motorsport. When the BlackBook spoke recently to Michael Lock, chief executive of AMA Pro Racing, he referenced ‘a rising tide for all of motorsport’ thanks to Netflix’s Drive to Survive.

This trend is something that IndyCar is certainly enjoying, as the series has achieved its best viewing figures in years.

The year began on the front foot, with the 2022 Acura Grand Prix of Long Beach becoming the most-watched edition of the race since broadcaster NBC took the rights in 2009. The opening three races of the season averaged 1.14 million viewers, the best start to a season in 19 years.

The most recent figures available are nothing but positive too: IndyCar averaged 1.46 million across linear and digital channels in 2022, the highest 13-race average since 2008. 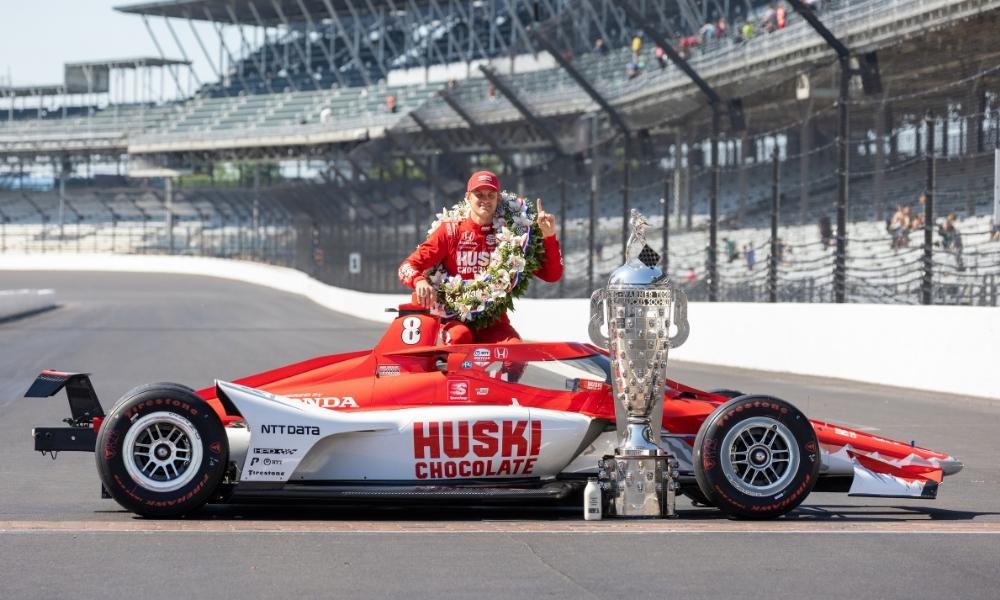 Swedish driver Marcus Ericsson, who competed in Formula One from 2014 to 2018, won his first Indianapolis 500 this year

The season finale, though, did not perform well compared to 2021, with a 29.1 per cent drop in viewership to 507,000. However, this can be attributed to a number of outside factors, such as increased competition for viewership on the day, which included the US Open men’s final in tennis, the second race of the Nascar playoffs in Kansas, the season opener of the Women’s National Basketball Association (WNBA), and Major League Baseball’s (MLB) Sunday Night Baseball programme.

In addition, this year’s Indianapolis 500 struggled on its way to recording its second-lowest audience on record. Only 4.8 million viewers tuned in to watch Marcus Ericsson take his first win at the circuit, the third time in the last ten years that viewership has dropped below five million. One of those was the 2020 edition, which was moved to late August and run without fans in attendance due to the Covid pandemic.

The series also expanded on its worldwide reach by joining forces with live streaming platform StayLive, a subsidiary of Swedish sports agency Spring Media, to create a new global over-the-top (OTT) service for markets where the series does not have a contracted broadcast partner.

On the whole, the series enjoyed a much-improved performance, which coincided with an effort by its lead sponsor NTT to improve the fan experience at this year’s Indy 500. Fans were provided with data-driven predictions, such as the best overtake opportunities, head-to-head battles, and upcoming pit stop strategies, all displayed across IndyCar’s social media channels during the race.

None of the behind the scenes work would be possible without the on-track action to support it. Once again, the IndyCar title fight went down to the wire, with five drivers in contention when drivers were asked to start their engines for the final time this season.

Will Power came out on top against teammates Josef Newgarden and Scott McLaughlin, as well as Chip Ganassi Racing’s six-time champion Scott Dixon and Marcus Ericsson.

What provides particular intrigue for the series moving forward, as well as potential growth opportunities, is the increase in drivers making the jump from European series to tackle the premier class of American open wheel racing. 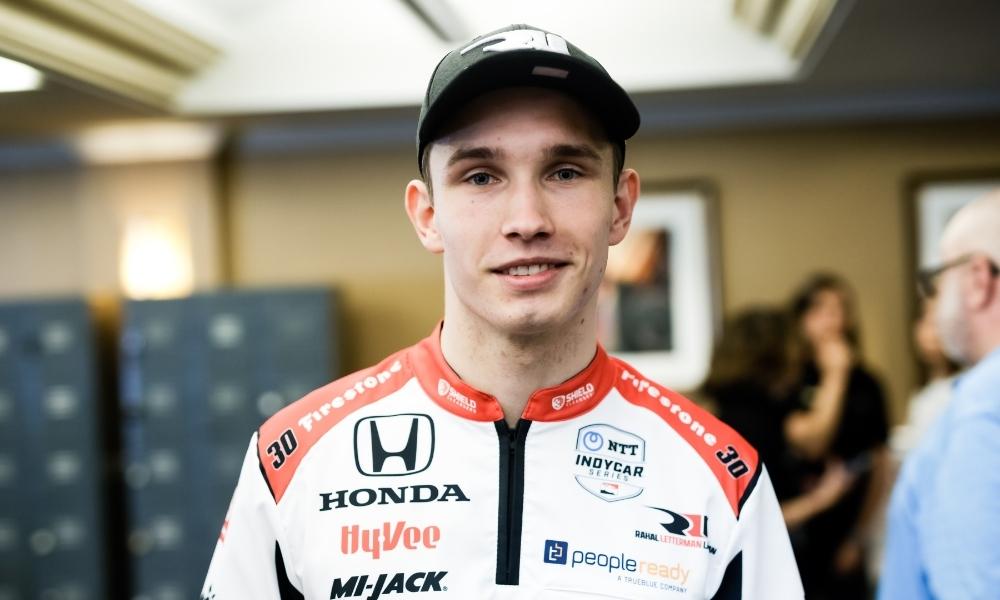 The winner of the 2022 Rookie of the Year was Danish driver Christian Lundgaard, a former Renault academy driver who competed in Formula Two, while former Formula One driver Romain Grosjean completed his first full season alongside Brit Callum Ilott, the 2020 Formula Two runner-up and former Ferrari junior driver.

While rumours suggest that Daniel Ricciardo turned down a chance to race for the Arrow McLaren SP team in 2023, we may not be far away from a marquee Formula One name making the step across the pond.

While Formula One drags its heels over sustainability progress, seemingly unable to group races on the calendar based on their location to reduce emissions from logistics, IndyCar is quietly reaching milestones.

This year alone, the series has announced that 100 per cent renewable fuel will be introduced from next season, alongside a sustainable race tyre constructed from guayule natural rubber and a host of sustainability initiatives to be rolled out at the IMS.

The fully renewable fuel, produced in collaboration with energy giant Shell, will consist of a blend of second-generation ethanol derived from sugarcane waste and other biofuels to create a fuel that is comprised of feedstocks.

This followed the news of Shell stepping in as the series’ official fuel, motor oil and lubricant sponsor from 2023, a multi-year extension and expansion to its existing deal.

Shell was also influential in the sustainability initiatives introduced at this year’s Indianapolis 500. The energy giant assisted in the installation of a 150kW, high-powered charger on the grounds of the IMS, while all electricity consumed at this year’s event was purchased via 100 per cent renewable energy credits.

Furthermore, Shell worked with climate technology company Chooose to implement a scheme in which fans offset their travel footprint through nominal contributions to the GreenTrees reforestation project. IMS actually offset its entire carbon footprint during the month of May through its contributions to GreenTrees. 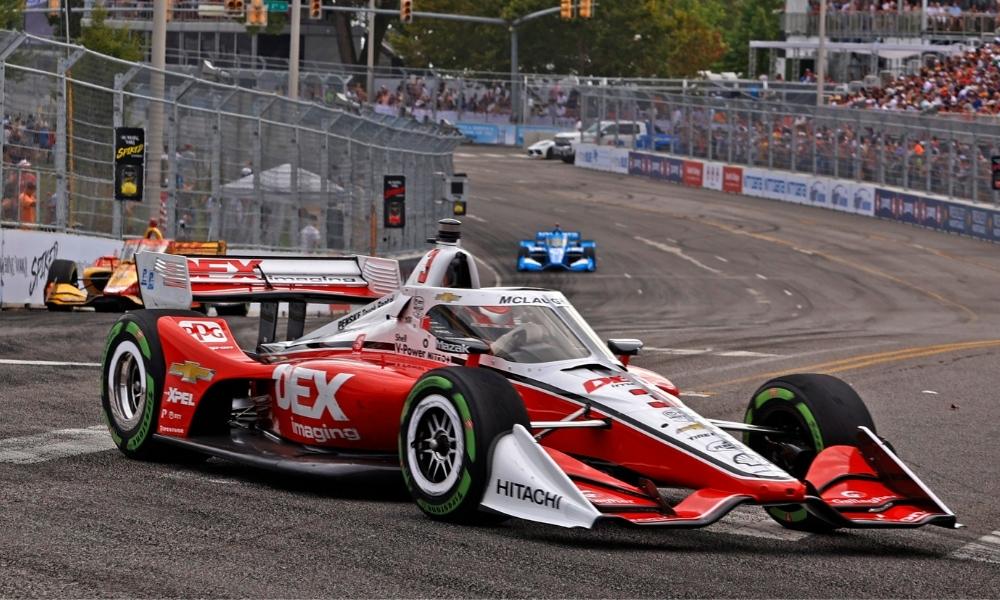 The Music City Grand Prix in Nashville saw the introduction of the eco-friendly, green-walled guayule tyres, as shown here on the number three car of Scott McLaughlin

The Indianapolis 500 also saw the introduction of a new eco-friendly tyre from Bridgestone-owned Firestone. The tyre, composed of a natural rubber derived from the guayule shrub, was unveiled during the event’s Pit Stop Challenge and made its official on-track debut during August’s Music City Grand Prix in Nashville.

The plan is for the guayule natural rubber to be incorporated into more race tyres from next season, while Bridgestone wants to commercialise its usage by 2030.

Elsewhere, IMS is currently working towards becoming the first sports facility in the world to be ratified as a ‘Responsible Sport Certified’ venue by the Council for Responsible Sport.