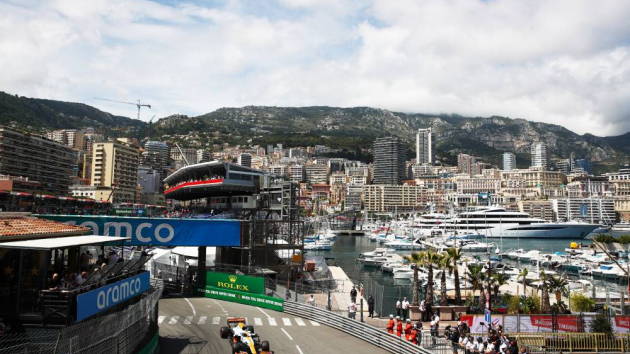 As the official data provider of the BlackBook, Hookit analysed how Formula One, its teams and drivers performed during the days leading up to and just after one of racing’s biggest events, the Monaco Grand Prix.

Instead of on-track performance, Hookit focused on the value that these organisations and individuals generated for their brand partners. Between 18th and 26th May 2021, the Formula One paddock generated a whopping US$48 million in sponsorship value. For comparison, the sponsorship value in the days around Nascar’s Daytona 500 was roughly US$2 million.

Overall, team owner brands like Red Bull, Ferrari, Mercedes, Aston Martin and the like are the best-performing brands across Formula One. However, during the Monaco Grand Prix period, two non-owner brands - luxury watchmakers Tag Heuer and Rolex - cracked the top five brands by sponsorship value. Here are the top owner and non-owner brands:

Beyond the top five, a few key industries had several brands among the top 25 brands by value. Here’s a breakdown of those select industries:

Other brand and sponsorship highlights

Tyre manufacturer Pirelli’s logo was included in the most number of posts during the period, featuring in over 1,000 posts - equating to over a quarter of all posts from the series, teams and drivers.

McLaren’s special Gulf Oil livery propelled the energy brand to be the number two brand promoted by the team behind owner brand McLaren in terms of total sponsorship value (AAV). Gulf Oil was featured in 177 posts by the team and its pair of drivers and received 50 per cent more value of any other sponsor brand from McLaren during the Monaco Grand Prix.

Aston Martin saw both cars score points in Monaco, propelling the total sponsorship value for the team and drivers to the highest single-day total all season, benefitting key sponsors like Cognizant, Peroni, Girard Perregaux and SentinelOne.

We would be remiss not to dive into the value generated from winning team Red Bull Honda and driver Max Verstappen. It is no surprise the two owner brands were the top two brands, but rounding out the top five from the team and drivers were Mobil1, Tag Heuer and Puma, who all received US$150,000 in sponsorship value during the weekend.

Sponsor brands were all winners during the Monaco Grand Prix, with the series, teams and drivers generating 38 per cent more value on race day than any other race so far this season. As usual, series-owned accounts generated over 60 per cent of the value, followed by the teams, which generated about a quarter of the total, and 11 per cent from the athletes.

Want more in depth sponsorship reporting for your partnerships? Email us at insights@hookit.com.