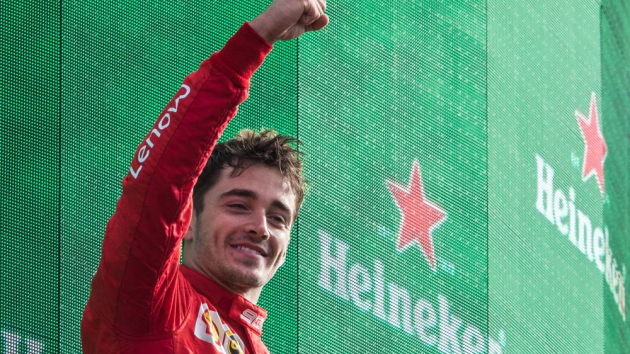 When Formula One’s delayed 2020 season gets underway at Austria’s Red Bull Ring on 5th July, the blast of engines on the starting grid will provide cause for celebration for fans worldwide – though their absence from the circuit may feel like an adjustment.

For the championship itself, which suspended its operations in March due to the coronavirus pandemic, the return of racing behind closed doors appears to be the beginning of a long road back to normal practice. Likewise, the series’ broadcast partners and sponsors can also take some solace from its resumption.

Having been forced to adapt their own strategies during lockdown, it’s inevitable that brands will continue to activate more campaigns online during Formula One’s return.

Ahead of the first Grand Prix of 2020, SportsPro caught up with Hans Erik Tuijt (right), the director of global sponsorship at Formula One’s official beer partner Heineken, to find out how the brand is preparing for the return to racing, and in what ways a recent surge in digital consumption can keep the company at the centre of the conversation.

As a tier-one brand partner to some of the world’s most-watched sporting events, what has your priority been during sport’s recent hiatus?

During this period, millions of our customers had to close down, which is very problematic, so it has been a very difficult period. It’s getting better in some parts of the world and the return of live sport is welcomed.

We have a long history with major sporting events such as the Uefa Champions League and Formula One and we’re really glad they are coming back, for fans to enjoy. I’ve missed it and we’re not the only ones, so it’s really exciting that Formula One is restarting this week.

We’ve tried, of course, to stay connected with our fans around the world throughout this period in all kinds of different ways. We first started getting the message across for fans to socialise responsibly.

We then ran the Heineken Legends Challenges virtual races, which saw [our Formula One] ambassadors David Coulthard and Nico Rosberg race against [former Brazilian soccer player and Champions League ambassador] Roberto Carlos. We had some fun with that.

What consumer behaviours have you seen throughout this period and how might they change the way brands and rights holders collaborate going forward?

We are a brand that wants to socialise. We have a team here in Amsterdam that looks, especially during live Formula One races and live Champions League matches, at what’s happening and creating fresh content and pushing it out to consumers.

That will accelerate more but my impression is that the real thing is much better than looking back on content where you already know the result.

We don’t have all the answers – let’s be very clear. I will be very interested to see whether the anticipation of Formula One coming back will increase the audience but I do think that you will see the excitement return.

While people have found new ways to communicate and stay in touch with each other, sport is a passion point like beer, and I do think that we are going to see more social engagements during the races and Heineken has been prepared to take this digital approach for some time now.

How can Heineken leverage a surge in digital consumption and interactivity? And in what way could this change the fan relationship with online versus in-venue branding?

We play a supporting role – we’re about fan engagement. What we feel is that, in our role to create a connection with the fans, we are able to make the sport more enjoyable. So, we have discussed with Formula One and the Champions League what we can do [to support their resumptions] and we’ve tried to create content that keeps the conversation going.

In regards to the Champions League, the reality is that 72 per cent of the fans watch it home alone. This was already happening [before the pandemic] and, while you were watching it at home, you were on social and you were discussing with friends what they thought of the game.

We know that the digital conversation has been going on and that it has only been amplified over the past few months. It’s the brand’s role to make sure that we are part of that conversation.

Heineken is one of Formula One's six global partners

What challenges do you foresee for sponsors now that sports are returning to action in some territories and not others, and the economic impact of the pandemic is felt worldwide?

I do think that, if you look at the way consumers are buying around the world, the digital ecommerce platform has room to improve. You will see in your street that more packages are being delivered to homes compared to the past and is an area that you can focus on.

The challenge for brands now is the tone of voice and to get that right. There are still many bars that are closed in some areas around the world and we are supporting them. We have tried to tell consumers around the world to enjoy responsibility and that they can connect with each other in different ways.

It’s important that premises that have millions of customers around the world get that business back.I do believe that, when it’s possible, people will want to socialise again and we want to do that in a way that is responsible and sustainable. We see in Europe that [quarantine] measures are being lifted bit by bit, but that isn’t the case all around the world.

Like you, we have the aim that the world can get back together because people like to watch big events like Formula One and the Champions together. As Formula One continues to update its race calendar, we will have to decide how we should engage with fans and to do it responsibly when fans are allowed to go back to the stands.

On the back of the pandemic, is there now cause to revisit or revise the existing brand rights model to support advertising and sponsorship spend in sport? And in what ways can digital media open up new revenues streams for the brand?

My personal view is that you have to ensure that you are the best in class in engaging with viewers around the world. It is blurring between traditional broadcast and digital media in terms of [brand] activations, so I do think this is going to continue and is already happening around OTT platforms that don’t have rights and are still able to engage with fans.

You need to reach the fans that are talking about the matches and the races, so I always say you need to fish where the fish are. In reality, if you look back, we used to focus on the people in the stadium, and then we focused on people in front of the television, and now we’re focusing on people with a mobile phone in their hand.

While 80,000 people might watch a match [at the Nou Camp] in Barcelona, ten million might be watching on the television, and 100 million talking about us. To be successful, therefore that’s where you need to be.

I have been advocating for years that, while I am not a broadcaster and nor do I want to be a broadcaster, I can help if I can get content from Formula One and the Champions League to push that out and get more fans engage. My expectation is that the lines will blur faster as digital becomes more prevalent.