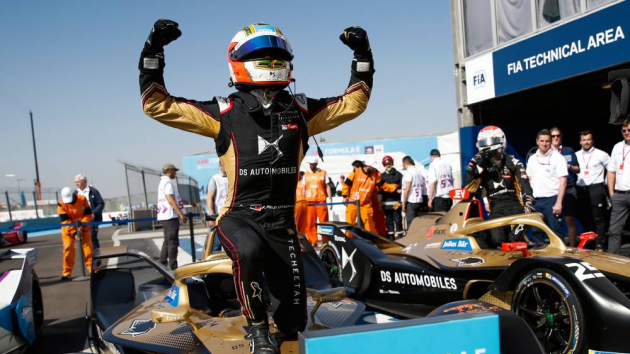 Formula E is widely viewed as the gold standard in sports sustainability. Julia Pallé, the series’ sustainability director, explains how the seven-year-old series is working to reduce its environmental footprint whilst boosting its social and economic impact.

In 2020, electric single seater series Formula E became the first and only global sports property to be certified with a net zero carbon footprint from inception. The championship, which first took to the streets in 2014, achieved the accolade by effectively measuring its carbon output, offsetting its unavoidable emissions and investing in sustainable solutions to support the locations in which it races.

“Sustainability has always been at the core of Formula E,” says Julia Pallé, the series’ sustainability director. “We’re one of the first real purpose-driven brands that was created to solve the issues and bring the solution to climate change in the field of mobility by advancing electrification.

“The sustainable strategic culture within the business has become extremely evolved in a positive way. We started with a compact focus on the environmental protection side of sustainability. We’ve really grown the scope in adding the social inclusivity element, and then providing economic prosperity.”

We’re the first sport to achieve net zero carbon from inception.
Since season 1, we've looked at reducing our carbon emissions - committed to reaching 0 and using our sport to deliver a better future. >> https://t.co/JXWpnWQrX7
#PositivelyCharged #PurposeDriven pic.twitter.com/zamMf3MBL0

As well as implementing initiatives to reduce the impact of its own events, including extending end-of-life options for the lithium-ion batteries used in its race cars and eliminating single-use plastics on site, Formula E has invested in numerous projects globally to offset its activities in areas like logistics and production.

Across Europe, for example, the series has been awarded ‘Guarantees of Origin’ (GO) renewable energy certificates while in China, it supports a project to help farmers in Hainan make the transition from fossil fuels to green energy.  Elsewhere, in several countries across South America, Asia and Africa, it backs certified offsetting projects for landfill gas and wind power energy generation.

“We minimise the impact of our events and our championship and we try and really positively impact our local communities,” explains Pallé. “We also inspire young women to enter motorsport and so on. Ultimately, what we managed to create is
a real deep culture of sustainability within the company and provide care throughout the ecosystem. It’s really something that is pretty much at the heart and the centre of what we do and what we deliver.”

As a signatory to the UN’s global Race to Zero campaign for a decarbonised economy, Formula E implements numerous measures to maintain its net zero status. Pallé explains that the series has been able to achieve a significant reduction in carbon emissions, largely by optimising its event calendar and cutting cut back on freight, which accounts for the lion’s share of its overall footprint. 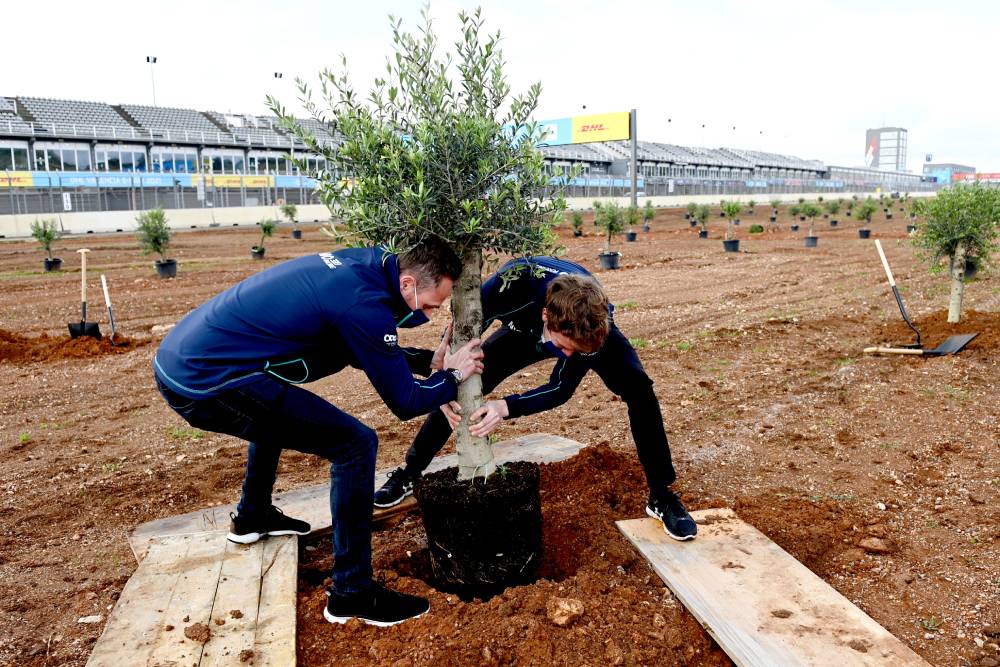 “We developed a sustainable freight roadmap because freight is 75 per cent of our impact,” she says. “That’s very important to tackle. We also use renewable energy to charge our cars as well as a plastic phase-out plan at our events that is supported by one of our partners, Allianz.”

With the majority of its races taking place in cities, Formula E is working to encourage an uptake in the use of public transport, rather than private vehicles, to get to and from its events. To that end, the series does not offer public parking, meaning that
attendees have to rely on local transit links.

“We come from a culture where actually fans come individually, taking their cars,” notes Pallé. “That creates a lot of impact. At our events, there’s no public parking even offered, and everyone has to be coming through public transport or walking, biking, and so on.”

In addition, Formula E is aiming to increase its diversity within its own organisation and inspire the next generation to get involved with sustainable motorsport. In a bid to become more than just another motorsport series, it also works with Unicef to protect vulnerable children and young people and provide schools with sustainable energy solutions.

“We also have a local community programme where we bring at least 100 people to the event so that they understand what the race is, and what its impact is too,” adds Pallé.

“The reason why we created the championship was not because the world needed another racing series. The world needed a solution to help advance electrification on our streets to fight climate change and improve air quality.

“We need to improve, and we need to be more responsible today.”

When the Covid-19 pandemic struck in early 2020, it brought the motorsport industry to a halt, and with properties clamouring to start racing again as soon as possible sustainability projects and initiatives took a backseat. However, this was not the case for Formula E, which used the time away from racing to bolster its green credentials.

“It only pushed sustainability even more at the core,” Pallé says of the pandemic.

The reason why we created the championship was not because the world needed another racing series. The world needed a solution to help advance electrification on our streets to fight climate change and improve air quality.

“We thought: ’We don’t have the racing, let’s focus on our sustainability credentials. How can we educate our fans, what activations can we put in place to really showcase that?’”

If nothing else, the enforced stoppage gave Formula E an opportunity to reassess its processes and become more sustainable. To that end, it worked directly with its partners and suppliers to introduce lower-impact solutions, including more responsible, local sourcing of food and beverage. In July 2021, for example, beer brand Heineken, a sustainability partner of Formula E, unveiled a new sustainable bar concept that will be utilised across all events.

The Heineken Greener Bar aims to reduce waste, water, emissions and energy usage, with tables sourced from naturally fallen trees, benches and cushions manufactured from 100 per cent recycled materials, and the bar itself made from reused Heineken crates.

“We’ve actually had to rethink through most of the processes which have brought benefits in terms of sustainability,” says Pallé.

“So we’ve implemented a more remote organisation for the broadcast as it has become more difficult travelling around the world
because of difficulties with logistics. We’ve also worked on different ways of approaching catering.” 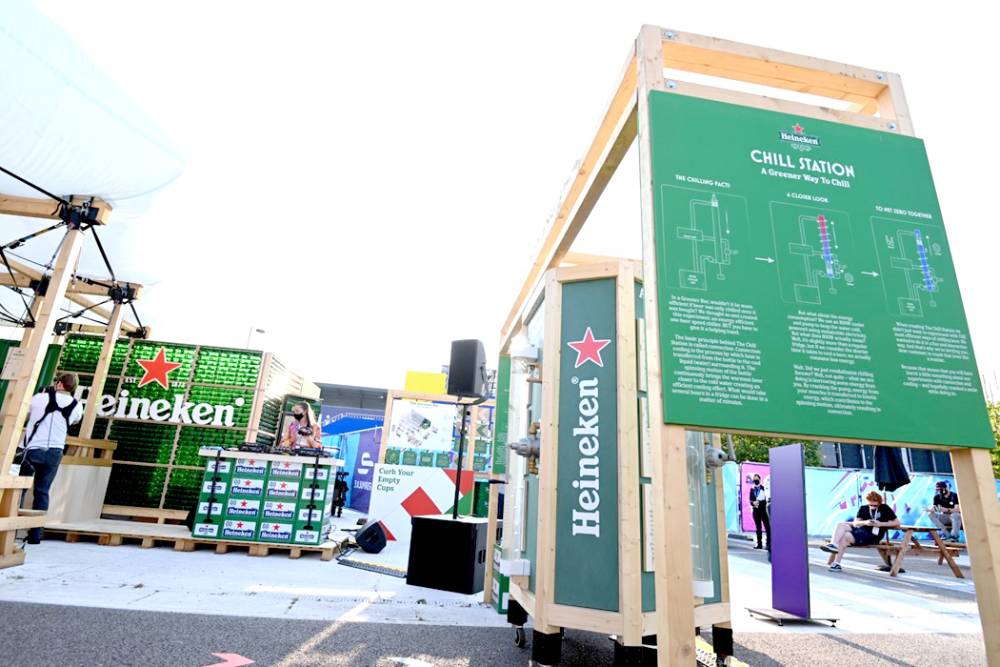 Looking ahead, a momentous challenge remains for the motorsport industry in terms of sustainability. By 2030, climate scientists say the world must cut its current emissions in half to keep global warming below 1.5°C, and motorsport has its part to play.

“If you zoom out and look at the challenge ahead of us by 2030, the world needs to have cut its carbon emissions by 50 per cent,” explains Pallé. “This means the biggest business, the smallest businesses, everyone. What motorsport and the rest of the sports industry need to do is work together.

“We need to reduce our carbon footprints, and then offset what is unavoidable. This seems to be one of the easiest, if not the most important things to do. Yet, this is not like a common practice being adopted, because I read and hear lots of pledges, but I don’t see much action. And that’s my worry. We have nine years.”

In the interest of inspiring others and advancing the shift towards more sustainable forms of mobility, Formula E is accelerating its own efforts on the track with the introduction of its third generation car, known as Gen3, for the 2022/23 season. While the car’s power will increase to 350kW from the current 250kW, it will also be lighter, more efficient and demonstrate fast-charging technology for road-going electric vehicles. 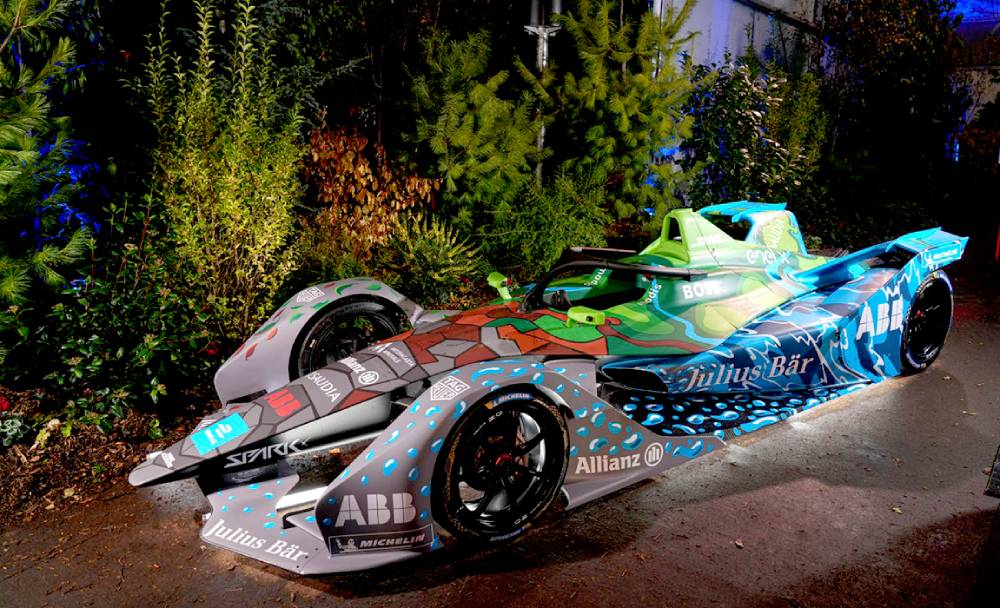 “Sustainability is evolving with Gen3,” says Pallé. “It’s certainly going to be a breakthrough in terms of sustainability in itself.”

She adds: “Our sustainability strategy keeps evolving, growing and continually improving. Our environmental strategy is quite mature now, so it’s going to be a question of maintaining it and making sure that we’re always at the top.”

One way in which Formula E intends to do just that, according to Pallé, is by continuing to showcase the appeal and attractiveness of sustainable lifestyles to its audience.

“We are developing how we are leaving local legacies in our communities, how we’re empowering children and how we’re empowering diverse communities and groups to be part of the debate in motorsport and work on the solution,” she says. “Also, how we keep working with our teams and partners so that each of them can bring their own expertise and showcase their solutions.

“Because ultimately, we really want to be using Formula E as the platform to showcase that sustainable lifestyles are a reality and that they are the coolest thing.”