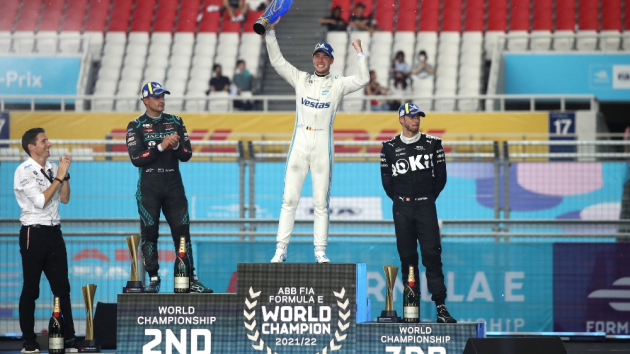 To describe the off-season that Formula E has just navigated as a ‘seismic shift’ would be a bit of an understatement.

It was not without its problems, either. The series appears to be starting its ninth season with several unknowns lingering in the background. Testing in Valencia saw numerous reliability issues, underwhelming pace from the new generation car, and teams scrambling to get themselves prepared amid parts supply issues and delayed sporting regulations.

2023 will also offer some indication of just how well Formula E has managed to cope with the departures of Mercedes, Audi and BMW, all big manufacturers leaving the championship. McLaren, Maserati and Cupra have all stepped in but are not manufacturers in the same sense, with the latter two being no more than title sponsors for existing teams.

Whether the build-up to this season is simply a matter of teething problems or a sign of something deeper remains to be seen, but there is plenty to be done if Formula E is going to steer through this campaign successfully.

Aside from the vastly different cars, and the new tyres being supplied by Hankook, the all-electric series is set to introduce several changes to the sporting regulations to shake up the on-track action.

Having previously run its races to a time limit, Formula E will now have a set number of laps. To maintain consistency with the switch, any period spent under the safety car or full course yellows will see racing laps added as compensation.

Drivers will also be required to make a mandatory 30-second 'attack charge' stop during a pre-determined period in the race. This will unlock two enhanced attack mode periods for later in the race, where the power output from the new Gen3 cars will increase from 300kW to 350kW.

The new attack charge feature will be trialled at select races next season and, where this is not in place, the existing attack mode system of a temporary power boost will continue. The series is also discarding the highly divisive 'Fanboost' system, which allowed fans to vote for their favourite drivers to receive a power boost during the race.

Our drivers got their first taste of the Gen3 at Testing in Valencia, but what did they make of it? ��

In terms of the schedule, Formula E will race in Hyderabad, São Paulo and Cape Town for the first time, while the Jakarta ePrix has become a double-header event.

As the series prepares to embark on its new era starting with the opening race of the season in Mexico, BlackBook Motorsport profiles the teams and outlines the key commercial details about Formula E.

Off-season developments: Abt Sportsline was one of the founding members of Formula E all the way back in 2014. The German manufacturer was partnered with Audi for the first seven years, before pulling out at the end of 2021. One year outside the paddock was enough, though, as the company announced its return for this season in partnership with Cupra, the high-performance subsidiary of Spanish auto manufacturer Seat.

The team also secured the high-profile appointment of Frederic Espinos, the former sporting director of Formula E. He takes the same role with Abt, and the team has also added Marc Wewel as technical director. It may not be plain sailing for the returning outfit though, as team principal Thomas Biermaier has alluded to many off-season issues due to the late nature of the team’s decision to come back to the series.

Off-season developments: There has been minimal change for the American outfit during the off-season, with blockchain firm Avalanche continuing as title sponsor as part of a multi-year deal signed in 2021. Since former partner BMW is now entirely detached from Formula E, Andretti secured powertrains from Porsche for the start of this season.

The team will be hoping that it can build on Jake Dennis’ promising end-of-season form last year and develop more consistency to finish higher than fifth in the standings for the first time in its Formula E history. 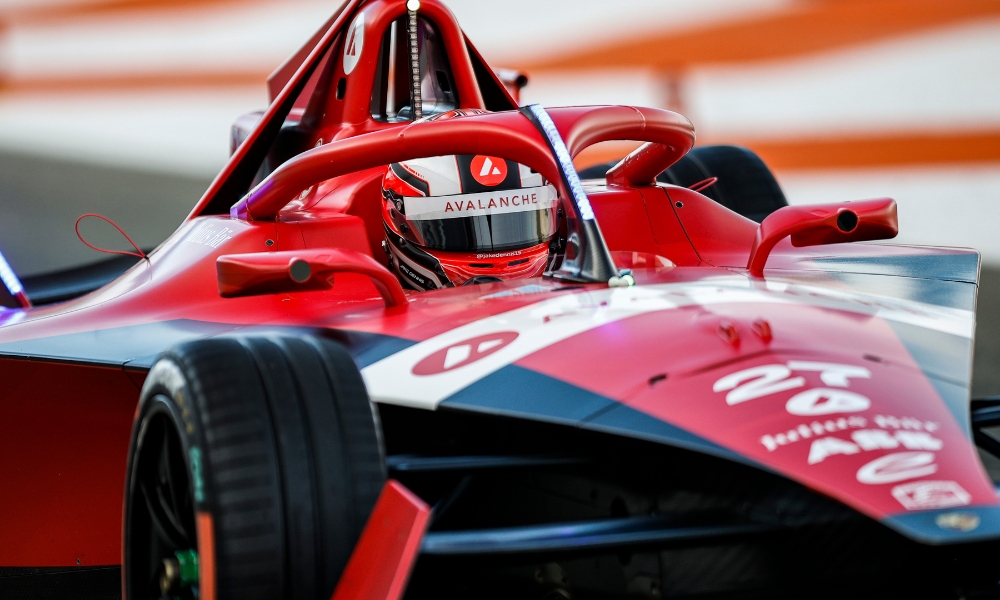 Base: Los Angeles, US

Off-season developments: One of the founding members of Formula E, Dragon Racing takes on an entirely new look for 2023. Most recently known as Dragon / Penske Autosport, DS Automobiles has now signed up to the project to create the new DS Penske team.

The French auto manufacturer had been partnered with Techeetah since 2018, but the Shanghai-based team hit problems last year and eventually had to pull out of the upcoming season. Therefore, DS will now title sponsorship and supply powertrains to the Penske-owned outfit.

Joining a team without a race win since the second season of Formula E is an interesting move from DS but, with the capture of former champions Jean-Éric Vergne and Stoffel Vandoorne as drivers, the company will be hoping the partnership is a recipe for success.

Off-season developments: Envision Racing have decided that consistency is key ahead of an entirely new generation of Formula E. Securing the experience of former champion Sébastien Buemi as a replacement for Robin Frijns should prove to be a shrewd move as they attempt to navigate this new generation.

One of the founding teams, this will be Envision’s second season since Virgin decided to step away from Formula E and Chinese wind turbine manufacturer Envision Energy took over majority ownership of the team.

Off-season developments: Jaguar proved to be a strong outfit last season, with Mitch Evans only missing out on the title to Stoffel Vandoorne at the final round. Therefore, the team has decided to remain consistent with its driver line-up as it heads into its seventh season.

This season will also represent the second year of the five-year title sponsorship deal Jaguar signed with Tata Consultancy Services, more or less lining up with the company’s timeline to become an all-electric brand from 2025. 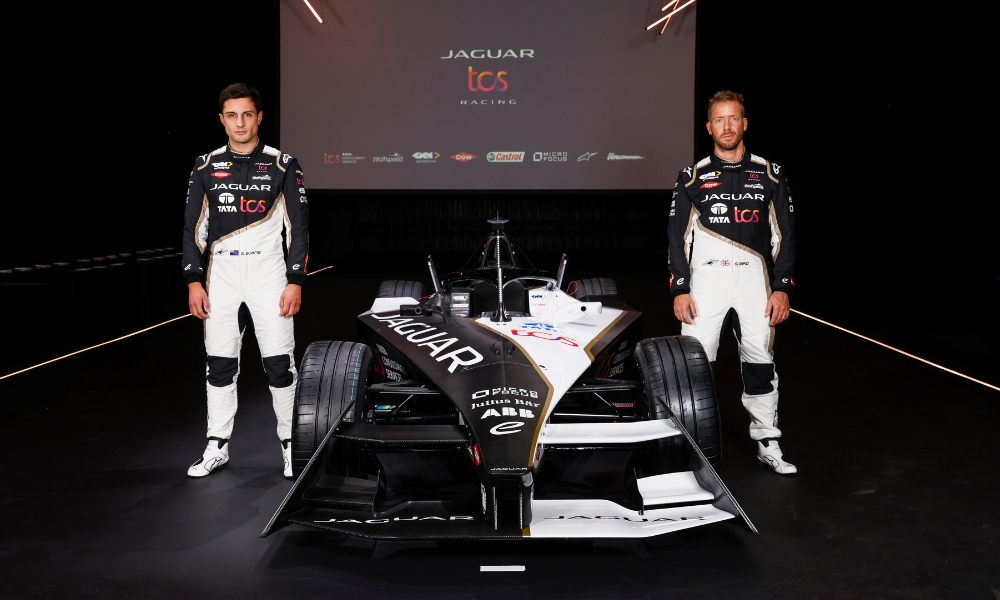 Jaguar unveiled an all-new livery for Formula E's Gen3 era, straying away from their traditional turquoise and grey colours from past seasons

Off-season developments: Mahindra Racing decided to attack the new season with the controversial appointment of Frédéric Bertrand, a former director at the International Automobile Federation (FIA). His position saw him play a key role in the development of the Gen3 regulations, with many teams unhappy with the unfair advantage his hiring may give the Banbury-based team.

With former champion Lucas di Grassi also joining up with the Indian team, they will be hoping this combination will prove a fruitful one for an outfit that has experienced a downturn in performance in recent seasons.

Off-season developments: There is a lot of surface-level change at the new Maserati MSG Racing team, but this is a continuation of the Venturi Racing outfit that debuted in Formula E’s inaugural season. With most of the existing structures still in place, consistency could prove to be key for the team that looked to come out of Valencia testing on top.

The big visual difference is the addition of Maserati as title sponsor. The Italian brand becomes the second Stellantis-owned company to enter the sport, and it will be providing DS Automobiles’ powertrains rebranded under the Maserati name.

Off-season developments: A new name in Formula E, but not a new team. McLaren Racing have taken over the Mercedes electric racing operation following the German outfit’s decision to step away from the championship at the end of last season.

The team has largely remained the same in the transition, meaning the papaya orange livery will be the most obvious change. Neom came in as title sponsor in a multi-year deal also covering McLaren’s Extreme E team.

Other suppliers: OMP, One All Sports

Off-season developments: Having gone through four name changes in their first four seasons, it’s safe to say that Nio 333 have experienced a turbulent time in the all-electric series. Since settling on the Nio 333 moniker, the team has only managed a best finish of sixth in a race. No poles, no podiums, no wins. This is despite carrying Nelson Piquet Jr to the inaugural Formula E title.

It is hoped that the capture of Sérgio Sette Câmara will be the necessary move to inject some much-needed spark into the ailing team, but a single points finish from both drivers last season means there was never a better time for a new generation to shake up the running order for the Chinese-owned outfit. 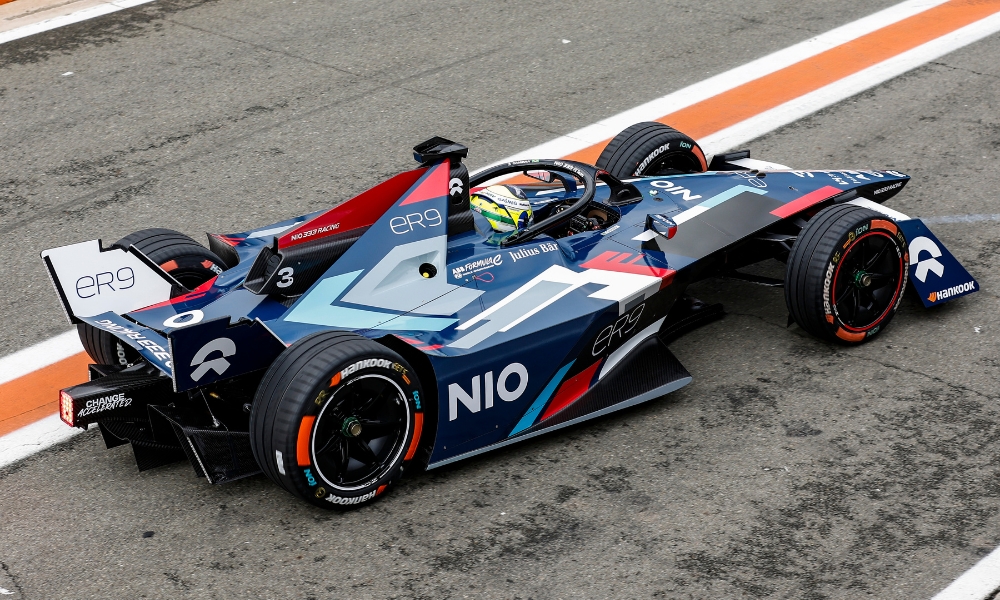 Other partners: Shell, The Woolmark Company

Off-season developments: This will be Nissan’s first full season since taking full ownership of the E.Dams team. E.Dams had acted as the operator of the Nissan team since 2018, but the new Gen3 regulations have seen Nissan want more oversight of the team’s operations.

At the back end of last season, the team also announced a new kit supply deal with The Woolmark Company. The apparel supplied will include an average of 50 per cent merino wool, an entirely renewable, biodegradable and recyclable product. 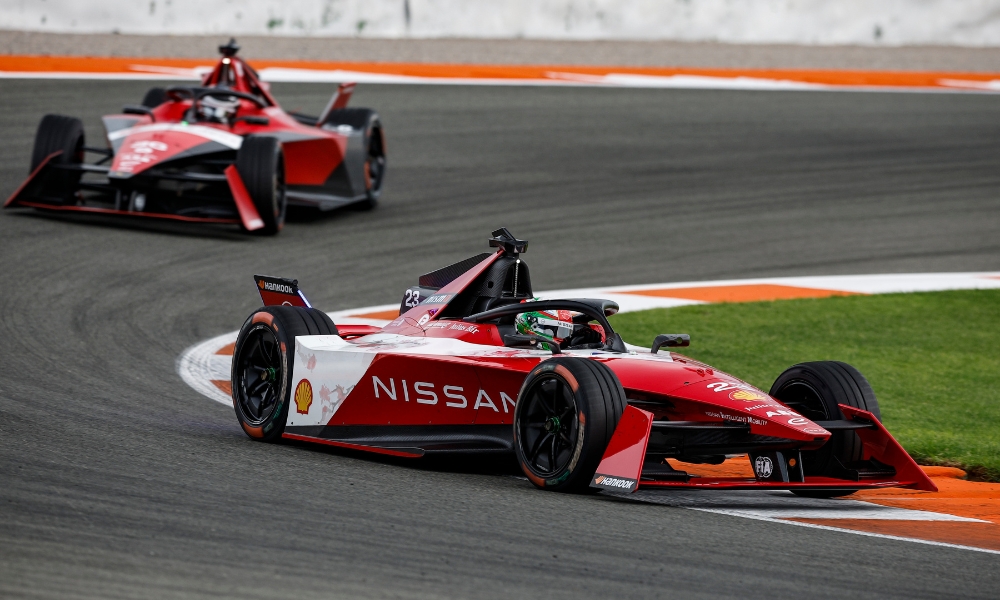 This will be Nissan's first full Formula E season since taking over the E.Dams operation

Off-season developments: Among the last remaining high-profile manufacturers in Formula E, along with Nissan and Jaguar, one of the biggest questions around Porsche is how much thought has gone into their future in the sport. According to The Race, Porsche will likely make a decision this season on whether to exit the series.

Having almost boycotted the preseason Valencia test, the German giant’s growing criticism of Formula E cannot go unnoticed for long, nor will it have patience for any early season issues that the new Gen3 regulations may produce. 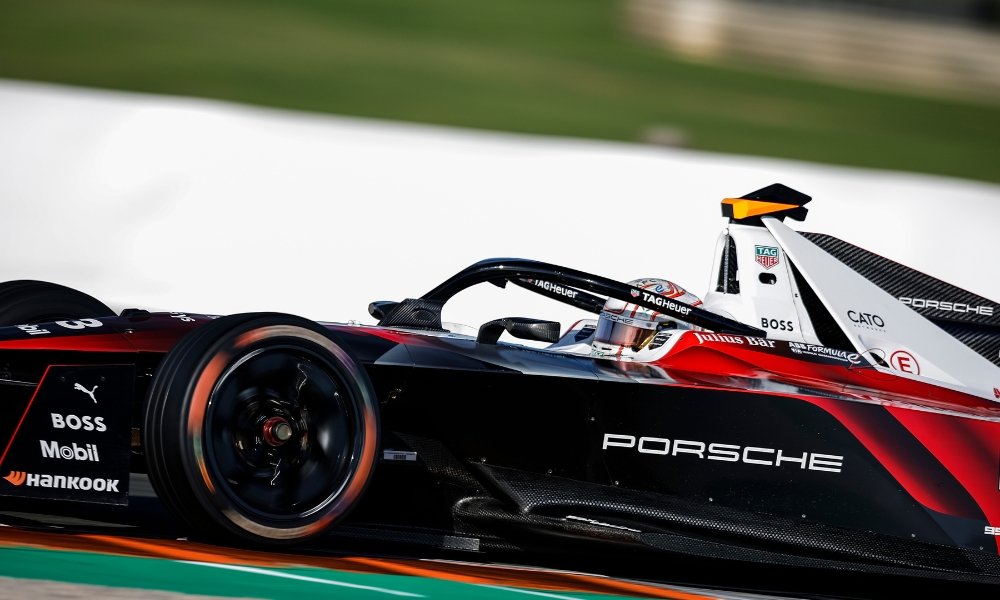 As one of the few major manufacturers left, Porsche are said to be losing patience with Formula E and could make a decision on their future in the series this season

Africa and the Middle East

The BlackBook is a 360 degree media platform, supported by SportsPro, covering the business behind global motorsport. Find out more here.