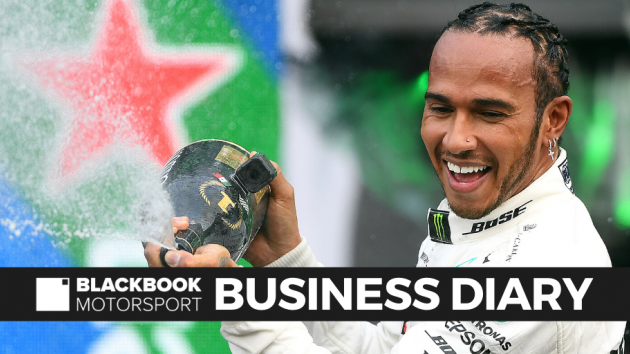 A controlled drive from Lewis Hamilton saw him win the tactical battle with Ferrari and put him on the brink of his sixth drivers’ championship.

Mercedes’ decision to opt for a one-stop strategy with a long second stint to catch Sebastian Vettel paid off, though questions will again be asked of the Italian team. Charles Leclerc lost the lead after starting on pole, Ferrari insisting on sticking to a two-stop strategy and pitting him early, while Vettel chose to stay out and surrender his lead in a bid to catch Hamilton at the end of the race on new tyres.

It backfired as the British diver held on to the lead for his tenth victory of the season despite Vettel having tyres that were 14 laps fresher as the top four bunched together in the final laps. Vettel ultimately finished second with Valtteri Bottas third and Leclerc fourth.

It means the 34-year-old will clinch his latest title at the upcoming US Grand Prix, provided Hamilton does not lose more than 22 points to team-mate Bottas. 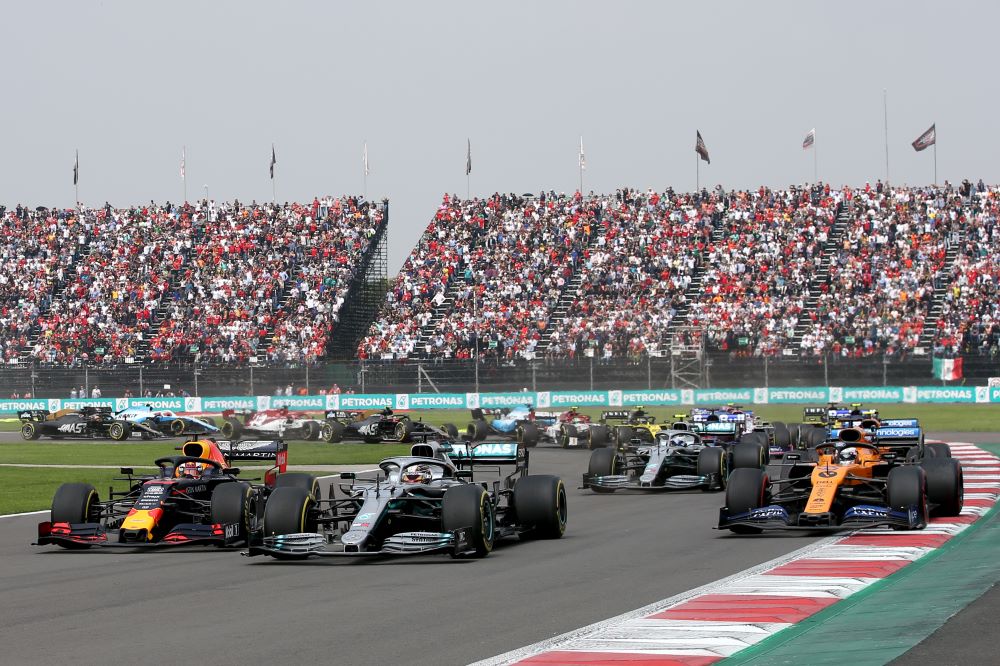 F1’s rule-making process is set for a major change

Formula 1's Strategy Group and Commission, along with the need for unanimity for certain rule changes, are set to be dumped in 2021 in favour of an all-new process.

Under the current governance structure, only rule changes and other ideas agreed by the Strategy Group can proceed to the Commission and then go on to be confirmed by the International Automobile Federation (FIA).

The Strategy Group is made up of Formula One and FIA representatives, plus Ferrari, Red Bull, McLaren, Mercedes, Williams and the highest finishing other team in the previous year's constructors' championship; currently Renault.

Each of those teams have one vote apiece, with Formula One and the FIA having six votes.

Though no changes have been confirmed thus far, plans have been drawn up for a single 30-member group to simplify the rule-making process.

Membership will comprise ten representatives each from Formula One and the FIA, plus the ten teams, with unanimity not required to vote though last-minute rule changes for a current season after 1st May.

Instead, 28 of the 30 votes would need to be in favour of the proposal. A majority of 25 will exist for decisions about the following campaign, or the existing season if the vote takes place before 1st May.

Ross Brawn, Formula One’s managing director of motorsport, has confirmed that two teams have failed to back changes to qualifying next season, dashing hopes of a shakeup to determine grid positions.

Proposals had been put forward to trial some reverse-grid qualifying races in 2020, replacing the traditional timed lap approach, designed to increase excitement over a race weekend.

It received support from the majority of teams, only for Brawn to reveal the two that objected had scuppered the plans.

“The current governance system means we need unanimity to carry any decisions through to next year,” he explained. “The teams initially said they would agree with it and then two teams put their hand up at the last meeting and said they wouldn’t agree with it.

“We wanted to try a small number of races in 2020, a different format where, on a Saturday it was a reverse-grid format based on championship order and that short-format race would determine the grid order for the final race.

“I thought it was a fascinating contest. And the drivers were a little bit nervous, which I can understand, but we were just asking for the opportunity for three races to try the format.

“If it doesn’t work, we put our hands up; if it does work, great. If it’s something in between, we can work with [that] just to help us develop the format of racing, and it’s frustrating that we’ve not been able to do that but I think that’s – unfortunately – the classic problem with Formula One.” 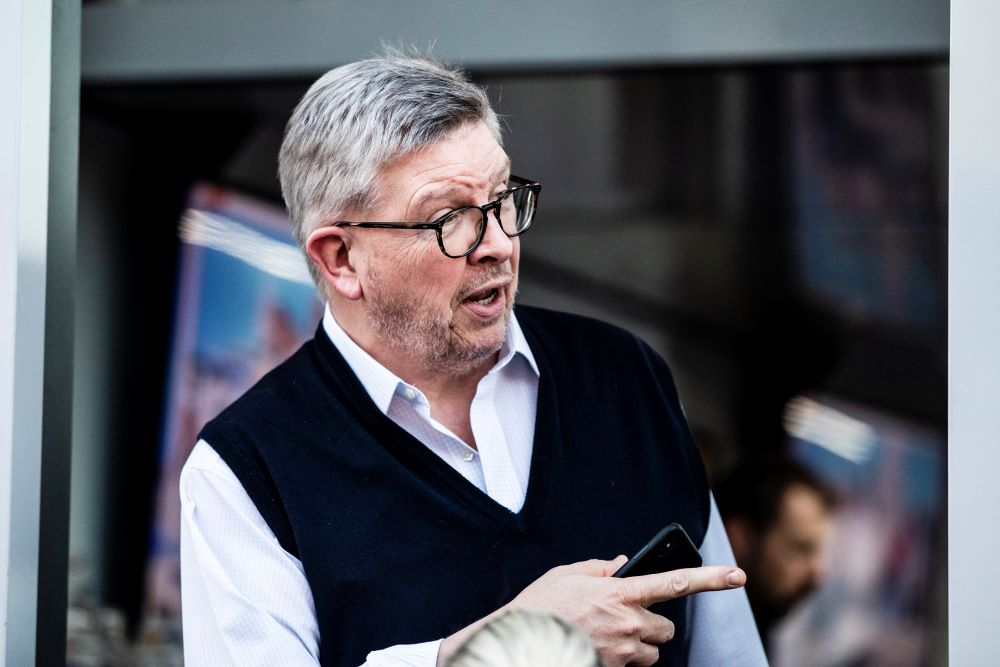 Renault have admitted that their Formula One future will be considered as part of a strategic review.

The French manufacturer is enduring a difficult season on the track, compounded by poor results away from racing, including posting a UK£7.4 million (US$8.2 million) loss for 2018 and the arrest of chairman Carlos Ghosn over allegations of financial impropriety. Group revenue also fell 1.6 per cent to €11.3 billion (US$12.5 billion) in the third quarter.

Renault’s long-term future in the sport will be where the teams fits in the company’s ‘Drive the Future’ strategy, which includes an aim to post revenues of €70 billion (US$78 million) by 2022. With Ghosn, who is a big supporter of the Formula One team, now out of Renault, it could mean the company’s priorities change.

Asked whether Renault would consider stopping non-essential activities such as Formula One, interim chief executive Clotilde Delbos said: “It is like a normal process. It is just not a minor review. We are really launching a deep review of our 'Drive the Future' plan in order to take into account the new context of the market, the change in usage, mobility etc. and the current situation of the group.

“Everything can be on the table at some point. This is a deep review of our strategy and of our plan.”

Alonso sad goodbye to the Formula One paddock in 2018 after four disappointing seasons with McLaren but has not ruled out a comeback if he is assured of a competitive car.

Speaking as he confirmed his entry into next year’s Dakar Rally, Alonso said: “I think Formula One with the new regulations is something I need to look very carefully at. We will see when the regulations are confirmed. Because they’re still 50/50.

“When they’re confirmed and I see Formula One become a little bit more interesting and mixed without one team dominating as is now, then it could be a potential possibility to come back for sure.”

In the line of fire

I thought at some stage I'd get torpedoed by Max, I didn't have a lot of space to give him extra space. But I don't think it was intentional or anything like that. It was just…he's a magnet for those kind of things 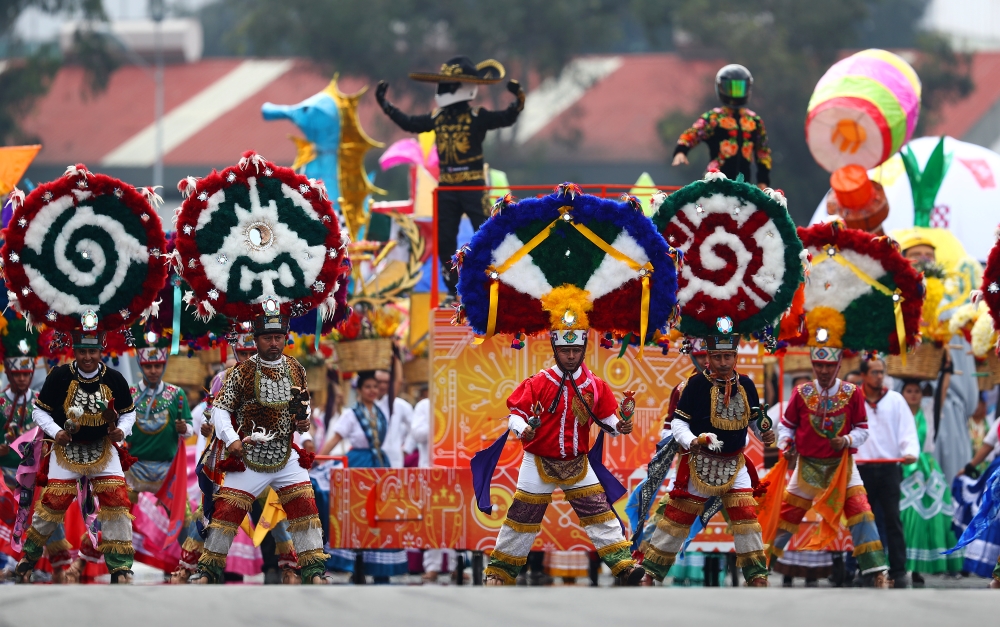 What a welcome to the track! ��#MexicoGP ���� pic.twitter.com/PBU6BbYx3f