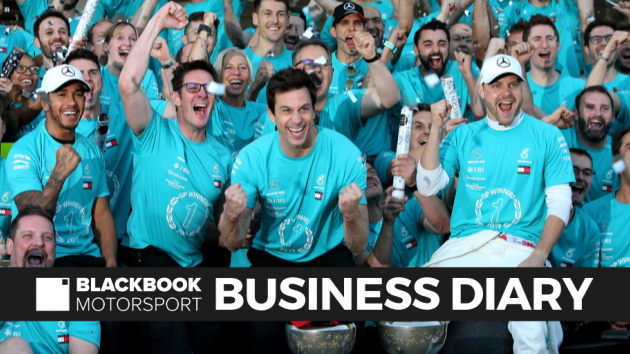 Valtteri Bottas’ victory at the Japanese Grand Prix ensured Mercedes will finish the season with a record sixth straight world championship double as Ferrari were left to lament their failure to capitalise on a front-row lockout.

Bottas’ first win since Azerbaijan in April secured the constructors’ championship for Mercedes and meant that now only he can catch Lewis Hamilton in the race for the drivers’ crown. The Briton could secure his sixth individual title in Mexico on 27th October as he leads his teammate by 64 points, needing to be 78 clear to sew it up.

The threat of Typhoon Hagibis had cast doubt over whether the race would even go ahead. But after Saturday’s qualifying was delayed until Sunday morning, the Finn looked peerless when, once again, driver error cost Ferrari. This time from it was from both Vettel and Leclerc, with their poor starts allowing Bottas to pass them.

With Vettel holding on for second, Hamilton had to settle for third place, with the champion elect left frustrated with his team’s decision not to give him the hardest compound tyres and refusal to try for a one-stop strategy. 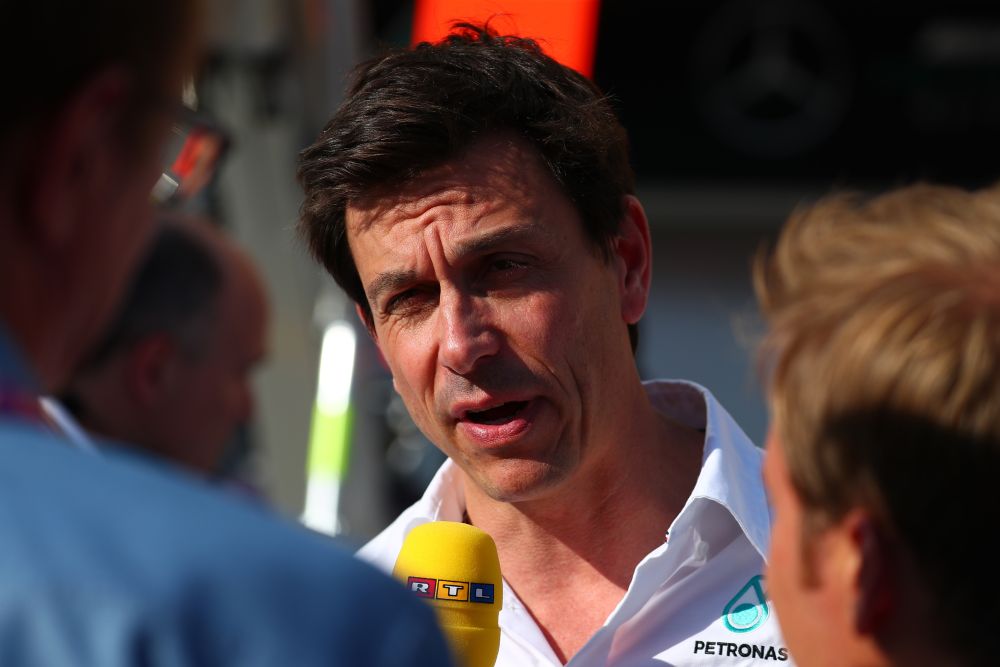 Mercedes team boss Toto Wolff has ruled out leaving the team to take control of Formula One in the immediate future.

The Austrian has been linked with heading up the sport once current chief executive Chase Carey leaves the role at the of next season or at some point during the following one.

But speaking in Japan, just before Mercedes wrapped up another world championship double, Wolff said there was still much he wanted to accomplish at the team.

“I really like what I do. Running a sports team from the commercial and performance perspectives are exciting. The stopwatch never lies. I like the honesty about the sport,” said the 47-year-old.

“It is important to be committed to what you do. If you think about the next thing you are not going to give it 100 per cent any longer, and I have never done that. I feel my contribution here is still acceptable. That is what the Mercedes board tell me. I also love what I do now.

“I haven't given Chase's job any consideration and certainly have not had any concrete discussions about running the sport.”

All-female motor racing championship the W Series is in discussions over a potential double-header with Formula One in the US and Mexico, as part of an expanded second season.

The news was revealed by former Formulae One driver David Coulthard, who heads the advisory board for the series, who said talks were ongoing.

“Along with the great support we’ve had from the FIA, Formula One are keen for us to be operating on their platform as well,” he told a forum at the Leaders Week London sports business event.

“We have to take it step by step of course because of the financial constraints, but we very much hope to be able to announce that we’ll be at some Grands Prix in the near future.”

It has already been reported the W Series is planning to expand by at least two races next year, initially in Europe, before looking to take the championship to the US and Asia by 2021.

Honda will increase its Formula One budget next season, according to Gazzetta dello Sport.

The Italian sports newspaper reports that the Japanese company, which supplies engines to Red Bull and its sister team Toro Rosso, will invest approximately €140 million (US$ million) on their 2020 campaign.

It also adds that the decision came after pressure from Red Bull driver Max Verstappen and his father Jos, with fears among the team’s hierarchy the Dutchman could leave for another seat in 2021.

The news will be welcomed by Red Bull team boss Christian Horner, who has already spoken positively about the partnership in its first season.

“The great thing about Honda is that they are fully focused on working with Red Bull and Toro Rosso,” he said. “That is significantly different to what we were used to before. Our former engine supplier (Renault) used another fuel and oil partner for their factory team.

“But we are involved in all of Honda’s development, and that includes the fuel and the lubricants. It’s a true partnership.” 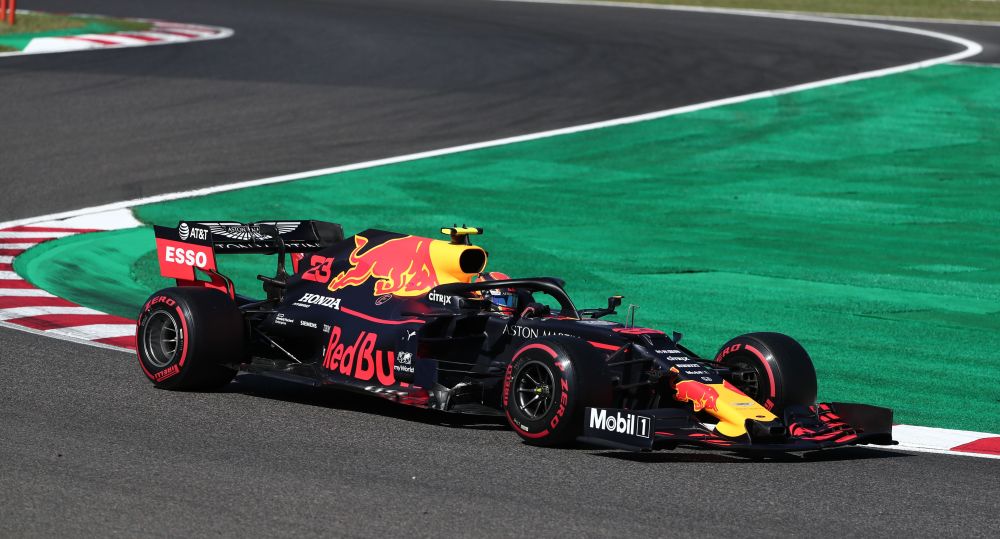 Ahead of its return to the Formula One calendar next year, the Netherlands’ Zandvoort circuit is facing a race against time to be ready in 2020 as the venue comes under fire for environmental reasons.

A significant amount of work is needed in order to bring the circuit up to FIA specification, but this has prompted concern over the amount of nitrogen that will be emitted during construction, as well as on race weekend, with Zandvoort in an area where threatened species live.

With a verdict by the Council of State in May stating that a special Nitrogen Approach Programme (NAP) may no longer be used to grant advance permits for works, the construction industry has been hit hard as numerous projects have been put on hold. This has cast doubt over whether Zandvoort would be ready in time.

But Dutch Grand Prix organisers have said they remain confident of having the race prepared, while satisfying regulations.

‘A special Committee will give its verdict, but we don't expect any exceeding of the nitrogen emission in our plans,’ said a statement from the track. ‘We build temporary stands (not permanent) and will adapt the circuit according to plans that the FIA and FOM have seen and approved.

‘And because the Dutch Grand Prix event takes four weeks to build up and finish, there is also a direct and significant reduction in CO2 emissions as a result of fewer races on track during those weeks.’

Heading for the history books

It has never been done before and that's why it feels great. It's F1, it's motor racing. Is it historic? I don't know. There are more important things out there but for us it feels great

Toto Wolff on the significance of Mercedes’ title win 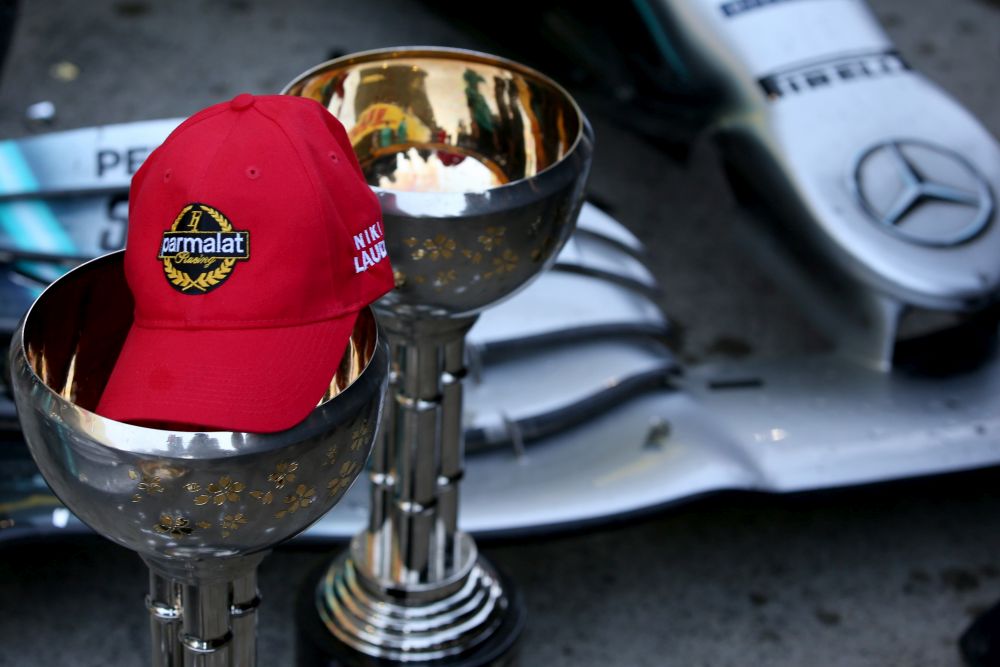 Mercedes placed a red cap in the winner’s trophy in memory of their non-executive chairman and former F1 champion, Niki Lauda, who passed away in May