Committing to sustainable action is one thing, but following through and implementing meaningful change is another thing entirely. Formula One’s French Grand Prix, however, has been able to do exactly that.

In October, the Grand Prix organiser became the first to receive three-star environmental accreditation from the International Automobile Federation (FIA), meaning that motorsport’s global governing body has recognised its efforts to become a more sustainable event. Given how rarely the designation is handed out, it is clearly no mean feat.

“It’s really ground-breaking work because it’s never been done by a Grand Prix organiser,” says Eric Boullier, managing director of the GIP Grand Prix de France – Le Castellet. “We were audited by an independent company appointed by the FIA. Any kind of action you do to commit to sustainability, you have to keep committing to this: to be better, greener and more sustainable.”

Indeed, the work done at the French Grand Prix will not simply stop now that it has attained three-star environmental accreditation. The event organiser intends to continue to implement sustainability driven practices into its operations to retain the accreditation and inspire change within the motorsport community. Part of those efforts will involve reducing the consumption of raw materials and favouring the use of biofuel-based energy sources.

Formula One has committed to go in the direction of biofuels - instead of electric or hydrogen-based solutions – as part of its own plans to become more sustainable, including a goal to reach carbon neutrality by 2030. Rather than being made up of crude oil and other unsustainable matter, biofuel is created from biomass, such as algae and animal waste.

In addition, the French Grand Prix has increased its use of sustainable materials, eliminated single-use plastics and worked to reduce the carbon footprint of spectators attending the race. As an event, the French Grand Prix has to account for the footfall and environmental impact of its spectators. According to Boullier, the key is to work with sustainable vendors, improve circuit logistics, and ensure that there are adequate public transport links to the venue.

“The way you select your suppliers and vendors is also very important. Many tenders we publish [include] an obligation to be sustainable.

“All these kinds of actions have a significant impact on the Grand Prix as an organiser.”

We committed to do better, we committed to this idea that every year we’re going to challenge ourselves to find new solutions, new options, and we have to think deep to try to achieve these new goals in the future.

Although the French Grand Prix’s costs have increased as it seeks to implement more sustainable practices, Boullier says it has been worthwhile to achieve the FIA’s three star environmental accreditation. He also reveals that more sustainable suppliers have approached the Grand Prix organiser having recognised its environmentally conscious approach.

“Most things you do basically have extra costs, so you have to find solutions where you can maybe find new partners,” he says.

“It’s obviously very attractive as a Grand Prix organiser now to be sustainable or to be three-star certified by the FIA.

“We can see some companies now who are coming to us. The latest, without telling any secrets, is replacing generators with hydrogen generators, and then hydrogen suppliers, who are obviously happy to be part of the event. These are the kinds of co-actions and partnerships you can build around your own actions which can limit the cost.

“That’s a balance we have to find. We committed to do better, we committed to this idea that every year we’re going to challenge ourselves to find new solutions, new options, and we have to think deep to try to achieve these new goals in the future.” 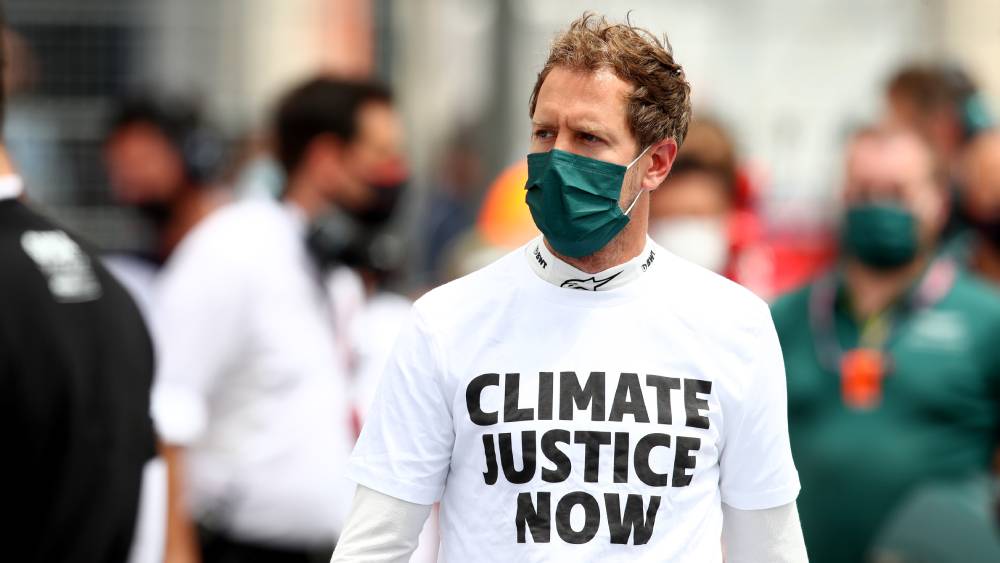 As a series, Formula One is prioritising sustainbility in decisions going forward

Fortunately, the French Grand Prix is hosted at Circuit Paul Ricard, which itself had already achieved the FIA’s three-star environmental accreditation in 2019. Boullier admits that this has made it easier for the event to also become more sustainable.

“We were lucky to be hosted by Circuit Paul Ricard, which also has three-star FIA certification,” he says. “There are only one or two tracks in the world that have received this. So we just picked up from there.

“So, then we decided to kick off a couple of years ago and to see how it works, and we discovered that we could do it and are obviously very pleased and proud that we achieved it.”

Over the last ten years, the motorsport community has started to recognise the sustainable practices that need to be put in place to ensure the longevity of the sport. Motorsport has been the ideal testbed for many properties to develop their own solutions to tackle the global environmental crisis.

Although the French Grand Prix has been the first Formula One event organiser to be awarded the FIA’s three-star environmental accreditation, Boullier believes this is only the beginning.

“More efforts will be done by everybody involved in Formula One, and that includes the spectators,” he says. “If someone is taking their car to a football match, or to a Formula One Grand Prix, they should also consider: ‘If I’ve got four seats, I should have four people in the car’. Then the impact on the environment is obviously divided by four.

“So that starts from there. And for everybody else involved in the Formula One circus, I think when the effort will be all understood, all well managed, we can achieve a lot in terms of environmental impact.”