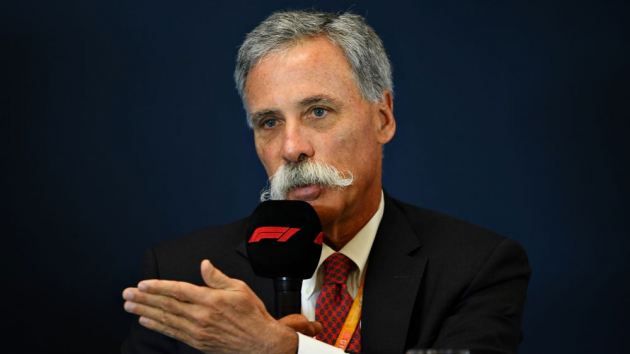 Back in October, six-time Formula One drivers’ champion Lewis Hamilton declared that he was bidding to be carbon neutral by the end of the year. It was a statement that drew no shortage of scepticism from those who follow the British driver’s jet-setting lifestyle on social media, but Hamilton was being sincere: he saw a changing tide and wanted to be part of it.

In 2018, Formula One was responsible for 256,551 tonnes of carbon emissions, which is the equivalent of about 50,000 road cars driven for a year or more than the annual energy use of 26,000 homes. However, only 0.7 per cent of that carbon footprint is a result of the cars on the track, with the majority of the series’ emissions coming from a combination of logistics, personnel travel and factories and facilities.

Put simply, it was an issue the series could not ignore anymore. Barely two weeks after Hamilton’s announcement, Formula One followed the lead of its biggest star by putting forward its own plan to become carbon neutral by 2030. In addition to plans to eliminate the carbon footprint of the Formula One car and on-track activities, initiatives will also be rolled out to ensure the series moves to ‘ultra-efficient’ logistics and travel, as well as renewably powered offices, facilities and factories.

Replanting trees and harnessing engineering knowledge have also been cited as potential solutions, while there are plans to make all Formula One race events sustainable by 2025 by eliminating single-use plastics and reusing, recycling or composting waste.

Commenting at the time, Formula One chief executive Chase Carey said: “Over its 70-year history, Formula One has pioneered numerous technologies and innovations that have positively contributed to society and helped to combat carbon emissions.

“We believe Formula One can continue to be a leader for the auto industry and work with the energy and automotive sector to deliver the world's first net-zero carbon hybrid internal combustion engine that hugely reduces carbon emissions around the world.”

But for all of series owner Liberty Media’s grand plans since it took control of Formula One a little over three years ago, this is arguably its most ambitious. Formula One has since reaffirmed its commitment to achieving carbon neutrality as a sport by signing up to the United Nations’ Sport for Climate Action Framework, but there remains a long road ahead.

Ultimately, there is no quick fix for climate change, but under Liberty Formula One has been prepared to make sweeping changes. Perhaps with one eye on the green brand identity adopted by single-seater rival Formula E, Formula One appears to be taking multifaceted action to ensure it retains its status as the pinnacle of motorsport.

First of all, we are a sport that wants to create exciting events that capture peoples’ passions. But in doing so, we create heroes, we create great moments. I think we recognise in terms of creating great sporting events and creating heroes, we also have to be an aspirational sport and therefore we have to be a force for good. We want to be something fans and partners are proud of and to do that we have to have a purpose. We have to be contributing to the world we’re in. On the one hand, yes, we want to create exciting events that people enjoy, but we want to do it in a way that people feel good about and are proud to be part of the sport.

Carey on… the environmental narrative

We’ve put it a bit more front and centre. The two things we’ve really tried to emphasise are environmental sustainability and diversity. In the past, an example would be having the most efficient, powerful engine in the world. Yet Formula One didn’t take time to really tell the story of the advances we’ve made in creating an engine that is much more environmentally friendly. For us, because people care about these things, we are trying to make it clear and put more effort in, making it a higher priority in everything we do. So, it is in many ways a platform that people follow. We want to use that platform to establish clear priorities and tackle these goals and issues in areas like the environment and diversity.

It’s trying to figure out what are things that will resonate, what are initiatives we can pursue, such as going plastic-free at our events. You’re on a very complex logistical operation travelling around the world, so how do we move our business around the world in a much more sustainable way? How do we deal with carbon [emissions] both on the track and when moving fans to and from the track? It’s about trying to identify and give things fans can relate to so that they can understand that it’s a plastic-free event, that our goal is for carbon neutrality in our operation for 2030. I think it’s having those sort of goals that can resonate with the fan and they can understand.

Carey hopes fans will be proud of the series’ climate initiatives

Carey on… retaining a global appeal

We want to make sure our sport is successful for fans. Part of having races in other parts of the world - we’re going to Vietnam this year for the first time - [is because] we think that’s important to fans in that part of the world having an opportunity to experience our sport. I think it’ll be sad if we sort of compromise the ability for people to engage.

In many ways sporting events are special because they bring everybody together and it’s the energy that comes from a sporting event that really distinguishes it. So our focus is really how do we not undermine what makes sport special but how do we do it in the right way. How do we create these events in a way that achieve the environmental goals we all want and when fans come in they can feel good.

Our focus is really how do you organise those events, how do you get people to the event in an environmentally friendly way? How do you provide an event in an environmentally friendly way but not really undermine what is one of the great forces about sport, which is that it brings people together? It’s a shared experience, it’s a communal experience and it enables people to engage. We don’t want to undermine that but we want to do it in the right way.

We went public with this initiative in a major way just in November. We’ve been here about three years since the current owners took control of Formula One and some of these initiatives were probably not getting the profile they have now. We’re not just making it more visible, it’s actually become a much bigger part of our priority.

We’re putting a lot more resources into it. We’re working with our partners because in many ways we’re a platform that can show what’s possible. But we need partners to work with us to develop capabilities like synthetic fuels and other technologies to reduce carbon initiatives, so it is recent that we’ve put a brighter light and a higher priority on these initiatives.

Carey on… protecting and growing the brand

We’re working with all our partners to deliver on these initiatives because we sit at the centre of a big ecosystem. Drivers, teams, partners, logistics, promoters, sponsors, broadcasters, they all care but we have to provide leadership and direction, and engage them all and have tangible, visible targets and goals that everybody can see and we can deliver against.

Carey on… a varying strategy

Certainly, the environmental issue is one I think the world cares about, which is one of the reasons it’s become so important and really risen to the level it has. How we execute each of those 22 races is different, there are different issues in each country. The execution varies but I don’t think the passion for the issue varies. We’re a global sport, we have fans around the world, most of our fans follow us on some form of video platform. We really view ourselves as speaking to a global audience. Our plans are largely global.

Carey on… the rise of electric cars

We’re reaching out to a lot of people with expertise in this area. I think there’s a wide view that certainly electric is part of the solution but most people recognise it’s more complicated than that. There are issues around electric vehicles - they have their environmental challenges themselves, infrastructure issues.

For us, it’s engaging with people with expertise that are pursuing solutions to this and trying to be part of that solution. We think we can very much be a platform that shows it’s possible in a number of these areas.

Carey on… the challenge ahead

Sport has become a bigger force in the world, it’s not just entertainment anymore. It’s really aspirational in a multidimensional way and I think sports have to fill a role of not just creating exciting events but really being a force for good. As I said, if we want to have role models, heroes and the like, we have to be a force for good.

Therefore, what we want to do is prioritise this but reach out to the widest community possible, not just our partners, but to everybody involved in the sport to try and show we’re getting the best ideas and getting everybody’s support.

There will be sacrifices that people have to live with to make this happen but we think that it is possible.