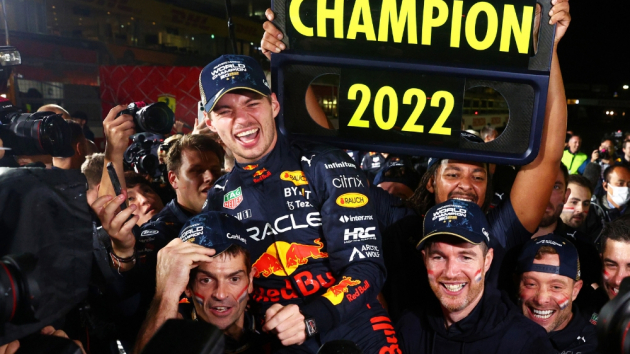 After the events of the final race in 2021, Formula One needed this season to be one short on controversy. While there can be no question over who deserved to emerge victorious in 2022, the series has once again had plenty to contend with away from the racetrack.

There are few doubts surrounding this particular title for Red Bull’s Max Verstappen, who has delivered one of the all-time great seasons in Formula One. Only Michael Schumacher and Sebastian Vettel have recorded a higher percentage of race wins across a season in the modern era.

Winning 15 races in a season, the highest in Formula One history, represents unquestionable domination, so it is unfortunate that off-track issues continue to dominate the conversation. The focus should be on exemplary racing performance, but instead attention has been diverted to budget cap compliance and the overall governance of the International Automobile Federation (FIA).

No true value can be placed on the advantage Red Bull gained from breaching the cost cap regulations in 2021. But with the punishment of a US$7 million fine and ten per cent reduction in aerodynamic testing now decided, it remains to be seen just how much their performance will be compromised moving forward.

Herein lies the issue: a driver who is well on his way to being one of the best to ever compete will now face question marks over both titles that he has won. Indeed, Formula One is as much soap opera as it is sport at the moment, something that might have attracted new followers but need not detract from the sport. It’s all well and good chasing expansion and exploring new revenue streams, but a sport lacking in proper governance and integrity will not keep fans interested for long.

After another season wrapped up in Abu Dhabi, the BlackBook picks out some of the prevailing storylines from the 2022 campaign that will continue to impact the business of Formula One heading into next year.

Trouble at the top

Ever since Michael Masi’s erroneous safety car decision 12 months ago, fractures have become increasingly obvious between the Formula One teams and the sport’s governing body.

While the dispute over the budget cap is the most obvious example, there has also been inconsistent decision making on penalties during races, while the inexplicable delay issuing the starting grid for the Italian Grand Prix caused consternation for fans, teams and media alike.

The most shocking of the FIA’s recent decisions was to allow a recovery vehicle onto the track during the Japanese Grand Prix in treacherous conditions. It was within a safety car period, but this was the exact situation that led to Jules Bianchi’s tragic accident at the same race just eight years prior.

Glad to go home safe tonight. For the respect of Jules, all his family and for our safety and the one of the marshals, there should never be any tractor nor marshals on track in such conditions with such poor visibility. Period.

When trust begins to break down, it becomes more difficult to rescue that relationship, and nowhere was that theory more evident than with the announcement of the 2023 Formula One calendar.

As The Guardian revealed at the time, the FIA unveiled Formula One’s record-breaking 24-race calendar for next season without consulting any of the teams. In fact, the release of the schedule came three days before those in the paddock were even expecting it.

The governing body also did not seek approval for the triple-header of Austin, Mexico City and São Paolo towards the end of the season, a courtesy usually extended to the teams.

The lack of communication over the calendar was said to have ‘compounded the sense of fatigue and disconnect the teams feel with the FIA’, with one team member reportedly describing the federation's attitude as “unacceptable”.

Expansion at all costs

Next year’s record-breaking calendar is a good indication of the current direction of Formula One. This season has already felt too long in some aspects, and next year will have two additional races, with Las Vegas and Qatar joining the calendar.

China is also slated to return, but the chances of that race going ahead are slim due to the country’s current zero-Covid policy. While that may reduce the calendar to 23 races, it would still make next season the longest in Formula One history.

Formula One’s quest to expand its presence in the US and the Middle East has led to some casualties, with traditional races such as the French Grand Prix axed from the calendar, while the Belgian Grand Prix is expected to follow after only signing a one-year extension with the series.

That is without even mentioning a race like the German Grand Prix, which joined the Formula One calendar in 1951 but has not been staged in three years. While some of its most loyal event hosts struggle to afford the expense of staging a Grand Prix, Formula One is clearly happy to cover the costs elsewhere.

Formula One is reportedly prepared to invest a whopping US$500 million into the new crown jewel on its calendar and the series’ commercial managing director Brandon Snow has said he would like Sin City to be “the home of F1 in the US”.

This has been no more transparent than with the Las Vegas Grand Prix. Formula One is reportedly prepared to invest a whopping US$500 million into the new crown jewel on its calendar and the series’ commercial managing director Brandon Snow has said he would like Sin City to be “the home of F1 in the US”.

If that is to be the case, it’s an expensive home that few fans will be able to afford. General admission starts at US$500, rising to US$2,500 for grandstand access and US$10,000 for hospitality. Then there are the US$100,000 packages allegedly on offer from casino giant MGM Resorts and the exclusive US$1 million hospitality experience being promoted by Wynn Resorts.

Formula One’s initial three-year contract with Las Vegas is expected to be extended as the series further embeds itself within the US, where it already races in Austin and Miami.

Despite its pursuit of the American dream, Formula One has shown little interest in a potential future entry from the famous Andretti Autosport team. For now, the series seems more interested in names like Audi – set to partner with Sauber from 2026 – and Porsche. However, it appears reluctant to allow an expansion beyond the current ten teams on the grid, which would further divide up profits.

Growing interest is good for business

Despite controversy around where the series races, the growing interest from potential Grand Prix destinations and other manufacturers is being fuelled by Formula One’s heightened profile.

Using the US as an example, the United States Grand Prix at the Circuit of The Americas raked in 440,000 people over the course of its race weekend, making it the best attended race in the history of the event. The series is also averaging 1.2 million viewers on ESPN so far this season, a 29 per cent increase on 2021.

All of that is having a positive impact on Formula One’s bottom line. The series recently announced that its Q3 revenues were up seven per cent compared to 2021, reaching US$715 million, building on even steeper gains during the first and second quarters of 2022.

The series’ boom in popularity is also something that the teams have been able to take advantage of. Gone are the days where they might struggle to piece together sponsorship deals, with new contracts seemingly being announced ahead of every race weekend. 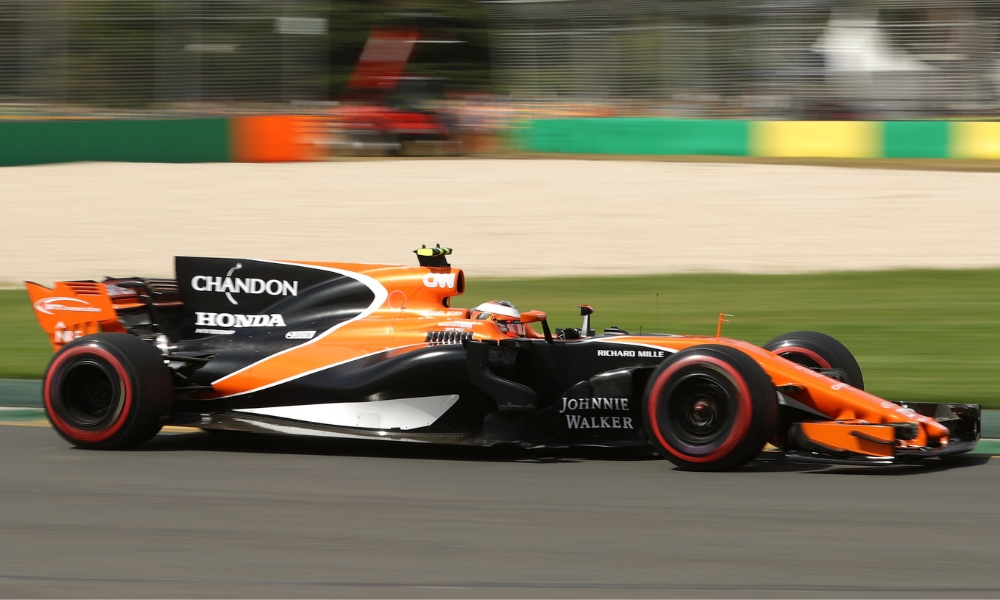 Mercedes, for example, have signed an early extension to their reported US$75 million-a-year contract with Petronas. Meanwhile Haas, one of the series’ historically smaller teams, recently signed MoneyGram as their title sponsor in a ‘US$20m-a-year’ deal team principal Günther Steiner has suggested is the largest in their history.

The chase for every last dollar, however, has led to some problematic partnerships, particularly in the cryptocurrency space. Nine of the ten Formula One teams have some form of relationship with a crypto company, but there is growing scrutiny around the sector following the recent collapse of FTX, which is a partner of Mercedes.

With Crypto.com also being a partner of Formula One itself, the sport appears to have left itself vulnerable to a sector that, particularly in recent months, has proven to be incredibly volatile.

Take Velas for example, which is Ferrari’s crypto partner. Velas is a blockchain technology, rather than a cryptocurrency exchange like the now-bankrupt FTX. That is said to be the more secure option, but if you compare the value of Velas’ VLX token on the day its contract with Ferrari was announced (US$0.38) to the time of writing this article (US$0.02), it’s no wonder there are so many doubts over team sponsorships in the space.

Where does F1 stand on its sustainability promises?

With teams continuing to engage with the cryptocurrency industry as Formula One expands its bloated calendar, it raises questions over just how environmentally conscious the series is.

Formula One is aiming to be net zero by 2030, with the target set to be achieved through the utilisation of sustainable fuels. These will first be tested in the Formula Two and Formula Three support series, which will trial a 55 per cent mix from the start of the 2024 season.

Notably, the tender document issued by the FIA states that the engine supplier for these trial seasons needs to ensure that the current E10 fuel used across Formula One and its support series is compatible with the powertrains as a ‘fall-back solution’. 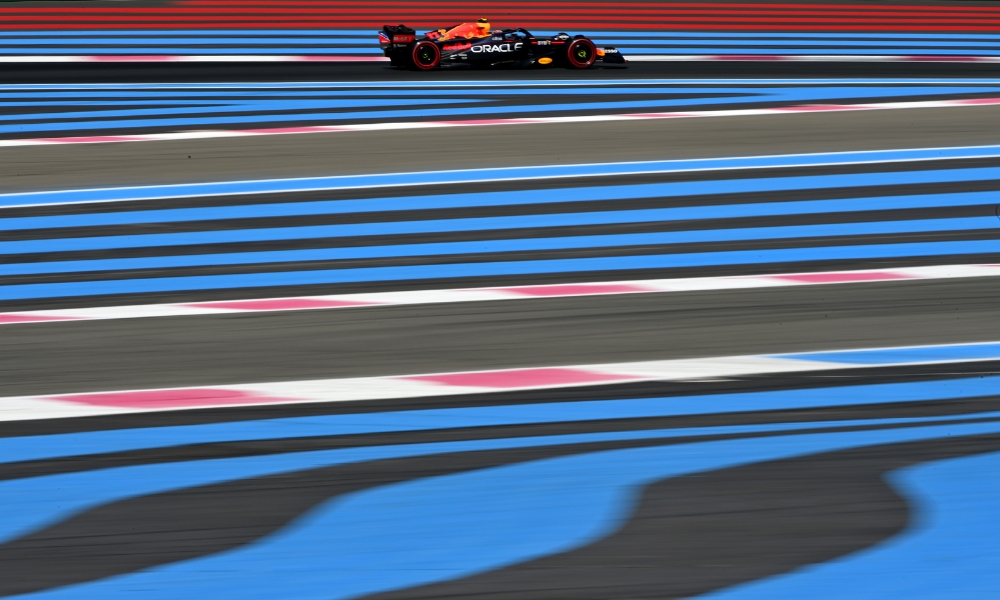 The unmistakable design of Circuit Paul Ricard will no longer be present on the Formula One calendar for the foreseeable future, despite it being one of the most environmentally conscious circuits

A clearer indication of where Formula One’s priorities lie comes from the Sustainable Circuits Index, published in August by Enovation Consulting, with contributions from Right Hub. The top three most sustainable circuits in the world were found to be the Circuit de Barcelona-Catalunya, Mugello Circuit, and Circuit Paul Ricard.

Only one of these circuits is set to host Grand Prix racing in the near future, with Mugello and Paul Ricard recently dropping off the calendar. Even then, the Spanish Grand Prix has many a question mark over its future ahead of the conclusion of its current contract in 2026. Organisational difficulties led to a poor fan experience at this year’s edition and there have even been rumours of Madrid putting itself forward to host a street race as a replacement.

Yet it was Formula One itself that wanted to group races together by region in an attempt to reduce its carbon footprint, and with existing contracts already in place it’s understandable that there was not as much movement in the 2023 calendar as hoped.

What can’t be explained, however, is the positioning of the Las Vegas Grand Prix just a week before the season-ending Abu Dhabi Grand Prix. This was a new contract, after all, so maybe it really is a case of expansion at all costs for Formula One.