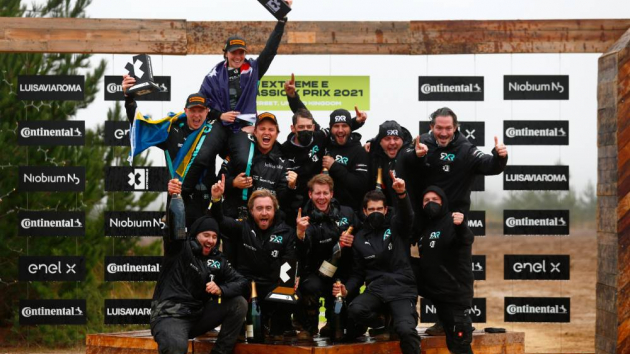 Extreme E was making waves in motorsport long before its first season began in April.

Throughout its debut season, Extreme E travelled to locations across the globe – Saudi Arabia, Senegal, Greenland, Sardinia and the UK – all of which are facing the devastating effects of climate change. In each location, the series has sought to benefit the local community through a range of legacy programmes whilst educating the next generation on the importance of sustainable practices.

At the heart of this is the use of electric vehicles (EV), which Extreme E believes is the future of mobility.

“EVs are incredibly effective at taking carbon dioxide out of city centres, and out of the air in general,” says Ali Russell, chief marketing officer at Extreme E. “We felt that there was a real opportunity here to get motorsport involved in the discussion, and really lead the discussion on climate change.

“Climate change is not a new phenomenon. It’s the failure that we’ve had to communicate that in a way that it can be digested by a mass audience. What sport allows you to do is to speak to a mass audience and speak their language to the drivers through the fans themselves to the sport itself, and to have a dialogue, a two-way dialogue, which hopefully changes perceptions and ultimately changes actions.” 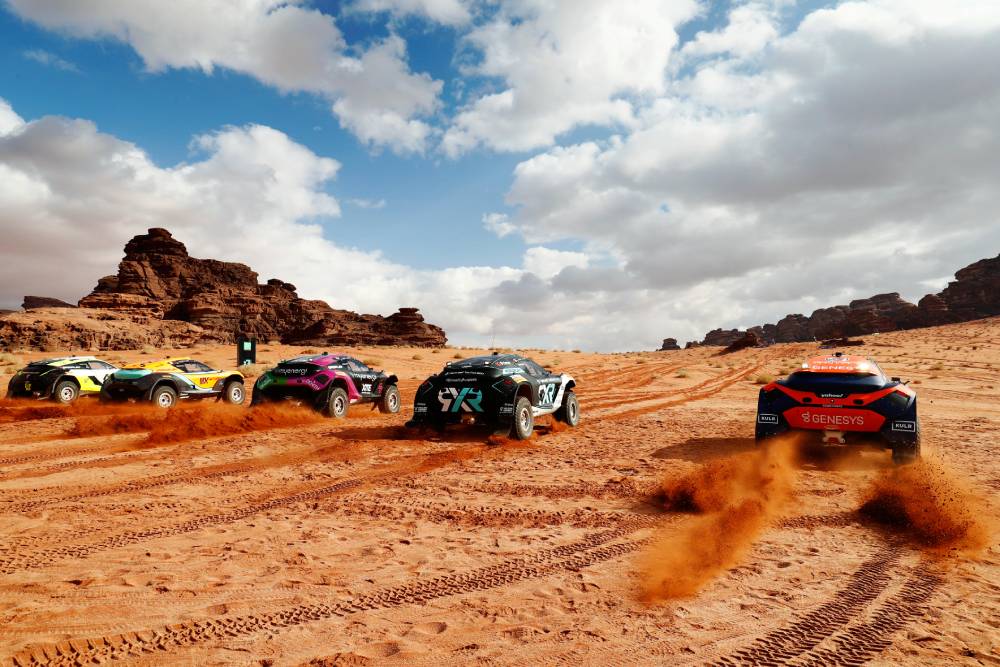 Motorsport has long been a platform to inspire change in the automotive industry, and throughout history has created technology that is a key part of road cars. Semi-automatic gears, disc brakes, carbon fibre chassis and even the rearview mirror are just some of the parts seen in road cars that were first developed in motorsport. As such, Extreme E is using its series as a platform to develop electric technology whilst inspiring fans to adopt a more sustainable lifestyle.

“The feeling here was why couldn’t we set up a sport which is devoted to purpose and that purpose being climate change?” says Russell. “We do that in many ways - the cars are fully electric, they’re charged using green hydrogen. We use solar power that creates green hydrogen, which
then charges the batteries, which drives the electric motors.

“So the whole process is zero emissions, and the byproduct is water. Then, every step of the way we think about carbon, we measure our carbon
footprint, and we try to reduce it in any way we can.”

Indeed, Extreme E tackles sustainability from every perspective. From locally sourced catering to the use of the St Helena, the series’ floating centrepiece that transports its infrastructure to race locations, Extreme E demonstrates that fully sustainable motorsport is achievable and that the
‘gas guzzling’ stereotype is outdated. 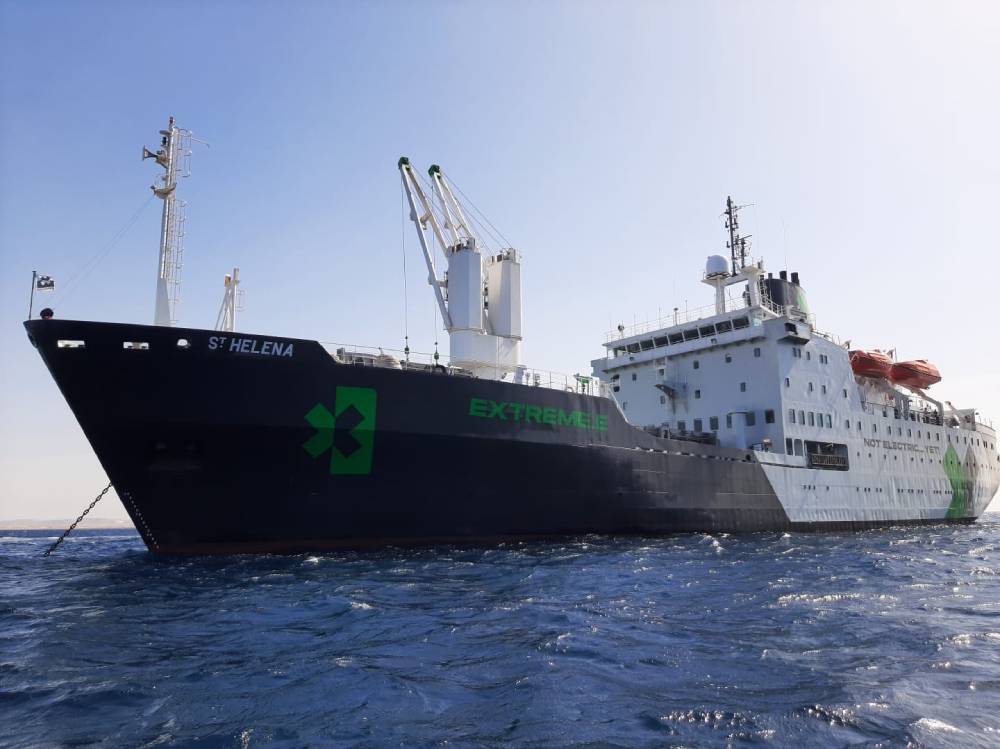 “The shell of the car is flax,” explains Russell. “The catering department looks at locally sourced food and looks at reducing waste considerably by not providing plates. The toilets we have on site are compostable, meaning that the waste is reused to act as a fertiliser. We’ve looked at every single element - upcycled batteries to store excess energy, so that we reduce the time that we use power.

“What we try to do is in each stage, just think pragmatically. I have to say, we’re not zero carbon, but we’re well on our way. When you look at what we do in terms of offsetting, and then becoming climate positive with our legacy programmes, we’re actually taking more carbon out of
the atmosphere than we’re emitting.”

One of the key elements of Extreme E is the St Helena, a repurposed Royal Mail ship that transports the cars and infrastructure to race locations at only a fraction of the emissions that air freight produces.

“Knowing that 75 per cent of our footprint in Formula E was air transportation, we’ve been able to cut down on that by using the ship, which reduces it greatly,” says Russell. “The important point here is that we are a work in progress, we’re still learning. But we’re also open to explain to any other sports, any other motorsport, how we’re doing it.”

We are a perfect platform to test that innovation in some very extreme environments. Whether it’s altitude, heat, cold, humidity, in a variety of different time zones, we are the ultimate proving ground for innovation.

In addition, Extreme E is passionate about the pursuit of greater gender equality in motorsport. Though still dominated by men, the industry is changing thanks to the introduction of the W Series, the all-female single seater championship, and Extreme E, where teams are required to have one male and one female driver. So far, this policy has helped women gain more experience in motorsport and bring female racers to the forefront of the industry.

“We don’t give the sport enough credit in terms of the equality aspects,” says Russell. “At the start of the season, there was probably a much bigger differential between the times of the female drivers and the male drivers. Now, that’s getting far more integrated. That feels good, because there’s no reason that females can’t be as good or even better than males at driving.”

He adds: “[Gender diversity] made [Extreme E] a hugely exciting sporting proposition, but hugely impactful in terms of inspiring girls and young ladies to get involved in motorsport, when they might not have done that before. We haven’t got everything perfect, but the point is we’ve got to start somewhere, we’ve got to do things differently. We’re trying to be adaptable to modern necessities and to lead, to have motorsport leading the way.” 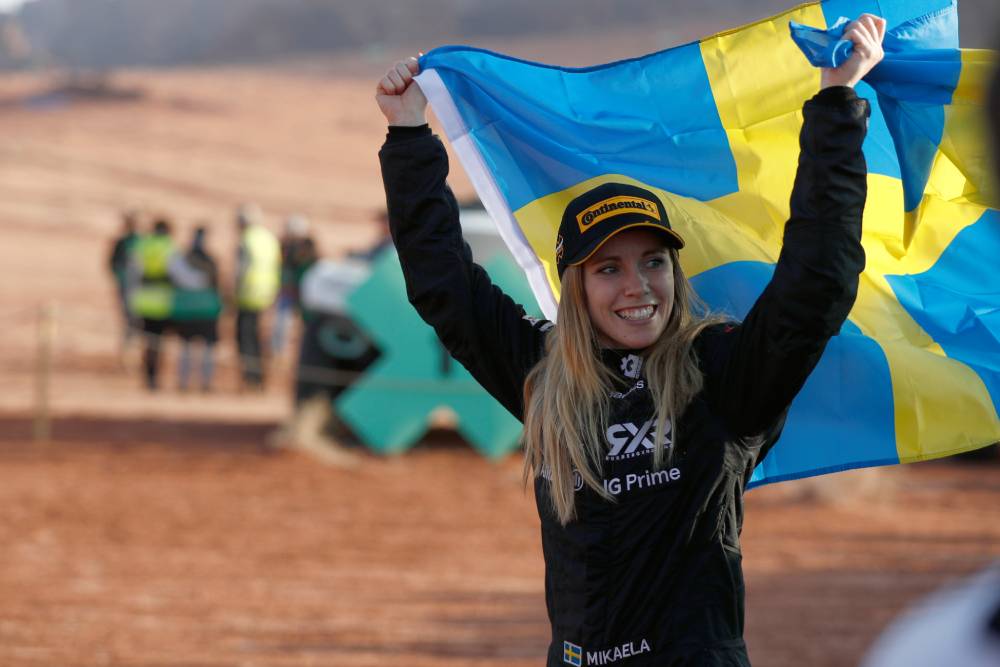 Extreme E is giving women a platform to demonstrate their talent

Central to Extreme E’s sustainability strategy is its dedicated legacy programme. In each race location, the series - including its teams, drivers,
executives and even hospitality guests - partake in activities to benefit the local ecosystem and community to create long-lasting positive change.

“We find local NGOs that have impact, and we work with local governments by our races,” says Russell. “What we try to do is find solutions to some of the challenges they have. In Senegal, for example, we dealt with two NGOs. One, the EcoBrique Project, is all about taking ocean waste and using it for building materials, so removing plastic from the ocean and then reusing it to build public facilities, schools and hospitals, and so on.

“The other organisation, Oceanium, looked at how we can help deal with the rising sea level and the rising storms. Mangroves are an incredible way of protecting coastal areas, but also they’re ten times more effective at carbon capture than trees are. They create these environments for nurseries for fish and a lot of biodiversity in the ocean.”

Throughout its inaugural season, Extreme E has also collaborated with the Ba’a Foundation in Saudi Arabia to preserve natural habitats and teamed up with Unicef in Greenland, working in local schools to educate children about the importance of sustainability. In addition, the series has partnered with the Enel Foundation, which has taken a purpose built laboratory onto the St Helena to conduct ongoing research into changes into marine life due to climate change.

Collaborating with the Ba’a Foundation, we support the protection of the green and hawksbill turtles, under threat due to:

Through this work, it is clear that Extreme E’s sustainability vision stretches beyond the motorsport industry. Now, the series is eager to expand its sustainability efforts ahead of its second season.

“We also have some great partners that are coming in that are looking at carbon capture and looking at different technologies which accelerate that move to deep decarbonisation,” explains Russell. “Starting in the middle of a pandemic was not ideal, but the opportunities moving forward and Cop26 showed how committed the majority of countries in the world are to decarbonising.

“We are a perfect platform to test that innovation in some very extreme environments. Whether it’s altitude, heat, cold, humidity, in a variety of different time zones, we are the ultimate proving ground for innovation.”