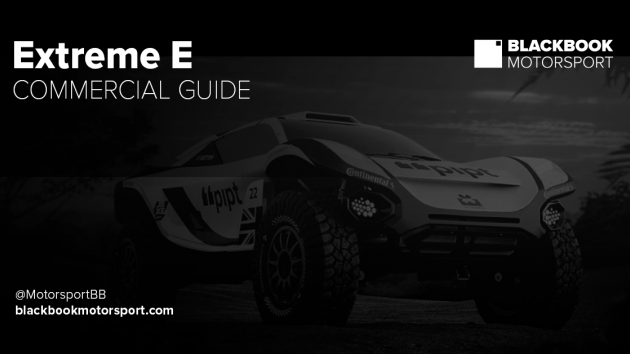 Motorsport is fast entering a new era. Although the days of noisy petroleum engines remain and are enjoyed by many, a new drive for electrification and sustainability is gaining traction.

Single-seater series Formula E forged a path back in 2014, when scepticism surrounding electric motorsport was much more prevalent than it is today. However, the success of the championship has helped inspire the creation of a wide variety of electric-powered motorsport, including scooters, drones, touring cars, and now Extreme E, the SUV racing series making its long-awaited debut this weekend.

Extreme E is the brainchild of Formula E founder Alejandro Agag and former racing driver Gil de Ferran, and promoting sustainability is at its core. The series is set to visit five remote locations in its inaugural season - Saudi Arabia, Senegal, Greenland, Brazil and Argentina – which have all been chosen due to the threat of climate change destroying their environment. Extreme E is also targeting a net zero carbon footprint in its first season, which means that the cars and infrastructure required to operate the series will travel by boat.

“Whilst there is a footprint, it’s all about minimising it,” said Julia Fry, head of communications at Extreme E.

No fan attendance, limited media on site and the launch of sustainability-focused documentaries are among the initiatives Extreme E is putting in place to make an impact and demonstrate that exciting motorsport doesn’t have to be bad for the planet. The series is also implementing legacy programme projects in each of its race locations, one of which includes a partnership with local NGO Oceanium to plant one million mangrove trees in Senegal.

Extreme E’s unique drive and selling point has attracted the attention of big motorsport names, such as Lewis Hamilton, Jenson Button, Carlos Sainz Sr, Nico Rosberg and Chip Ganassi, all of whom will be managing their own teams in the series.

Outside of its environmental drive, which will see Extreme E raise awareness of issues such as desertification and deforestation, the series has strongly aligned itself with gender equality within motorsport. Each of the nine teams boast both a male and female driver, who will compete across race weekends comprising two qualifying rounds, semi-finals and a final.

“It’s not this token gesture female that’s there for PR,” Veloce Racing driver Jamie Chadwick told NBC Sports. “Every team has to have the same dynamic within the team. That’s a really cool way of doing it.”

Ahead of the first race of the season in Al-‘Ula, Saudi Arabia, Extreme E has secured a host of major broadcast deals, the full details of which are listed later in this commercial guide. From the Indian subcontinent and Africa to Malaysia and Israel, the broad media distribution achieved by the series has ensured that races will be widely available to fans around the world. Additionally, Extreme E is working with several partners that align with its sustainability goals.  For example, climate change service Allcot is helping the series to offset its carbon footprint, while Hamilton’s own vegan burger restaurant chain Neat Burger is the official plant-based partner of the championship.

Interest in Extreme E has also led to significant growth on the series’ social platforms in recent months, with the championship now boasting nearly 17,000 Facebook followers, over 72,000 Instagram followers and nearly 25,000 Twitter followers. In addition, Extreme E recently secured a deal with short-form video platform TikTok to produce behind-the-scenes shows, race highlights and exclusive streaming content. That partnership will support the series’ aim to highlight “electrification, environment, and equality”, according to chief marketing officer Ali Russell, who added that Extreme E wants to “provide thrilling action whilst also raising awareness of global climate change issues, the solutions and the actions we can all be part of.”

It is clear that Extreme E is just as serious about reducing the impact of climate change and educating its audience on sustainability as it is about delivering fast and exciting racing. Its unique and dedicated approach has gained traction with fans and commercial partners ahead of its inaugural season, both of whom wait with bated breath to see how the series will develop and unfold.

What they’ve been up to: After much success in other motorsport series such as Formula E and DTM, the German-based team has chosen to venture into Extreme E. The team was joined by high-performance motorsport company Cupra in September as a title partner for the inaugural season. Hurtgen, the team’s female driver, has a strong background in endurance racing and Ekstrom’s experience lies within DTM and rallying, making them a strong pair for the challenge ahead.

What they’ve been up to: Rally superstar Carlos Sainz Sr has entered Extreme E with his own team, supported by title sponsor Acciona for the inaugural season. Acciona has a strong background in off-road electric racing, as it is the first Dakar Rally team to finish with a 100 per cent electric vehicle. The team has also secured sponsorship from QEV technologies ahead of the season start in April. Enduro and Dakar star Sanz will join Sainz, bringing her experience and knowledge to the team for the upcoming season.

What they’ve been up to: Andretti United Extreme E team is the product of collaboration between two big motorsport names: United Autosports and Andretti Autosport. The former is a UK endurance racing powerhouse and the latter has a strong background in IndyCar and Formula E. After signing rally star Munnings and Rallycross champion Hansen, the team has already accumulated several sponsors for its first season, including sustainable clothing brand Merchant Tailor and non-alcoholic spirits brand Fluere.

What they’ve been up to: Legendary Spanish car manufacturer Hispanso Suzia will race in Extreme E 100 years after their first motorsport efforts in 1921. Pairing up with energy drink company Xite Energy, the team have signed rally talent Giampaoli Zonca and Rallycross star Bennett. The team has also partnered with eco smart electric vehicle charging device company myenergi ahead of the season opener in Al-'Ula.

What they’ve been up to: After venturing into the Baja 1000, Button decided to continue in a similar direction with the creation of his own Extreme E team that he will also be driving for. Ahead of the first race in Al-'Ula, JBXE has already secured two sponsors, including the technical specialists Lotus Engineering and Pipt. Partner driver Ahlin-Kottulinksy has a strong background in rallycross and touring cars, knowledge that is bound to be valuable for the challenge ahead.

What they’ve been up to: 2016 Formula One world champion Rosberg has made the switch to electric with his ownership of the Rosberg X Racing Extreme E team. The team is the evolution of Team Rosberg, which was founded in 1994 by Rosberg’s father and former Formula One world champion Keke Rosberg. Ahead of the series’ inaugural season, the team has secured a number of sponsors, including lubricants brand Ravenol for the first two seasons and luxury yacht company Sunreef Yachts. Drivers Taylor and Kristoffersson bring with them a wealth of experience in rally, rallycross and touring cars, ready for the series.

Ahead of the season opener, team owner and former Formula One champion Rosberg managed to secure a number of sponsors

What they’ve been up to: One of the largest names in professional motorsport has ventured into off-road electric racing – Chip Ganassi. Ganassi’s wealth of experience in IndyCar and Nascar is sure to be valuable ahead of the series’ first season. The team has secured sponsors, including title sponsor Segi.tv. Off-road racing stars Price and Leduc have been signed as drivers as their prior knowledge is bound to be beneficial for the terrain challenges ahead.

What they’ve been up to: Gaming, racing and technology company Veloce has secured a spot in Extreme E as it aims to do its part to improve sustainability. Bailey’s business experience has enabled the team to secure sponsors such as Regatta Professional and XCDS. Veloce has also made its sustainability goals clear, as it is the first team to offset its series preparation carbon footprint by planting forestry in Brazil. The team has combined racing knowledge in the form of its drivers Chadwick and Sarrazin, who have backgrounds in GT racing and rallying respectively.

What they’ve been up to: X44 has been formed by Formula One seven-time world champion Lewis Hamilton ahead of the series’ first season. Rather than driving for the team, Hamilton is taking on a managerial role to put his learnings into practice. X44 has so far managed to secure motorsport business company Prodrive as a parimary sponsor ahead of the first race in Al-'Ula. On the driver side, Dakar Rally history-maker Gutierrez and rally legend Loeb are to set to make a strong team for the first season.

The BlackBook is a 360 degree media platform, supported by SportsPro, covering the business behind global motorsport across print, digital and events. Find out more here.