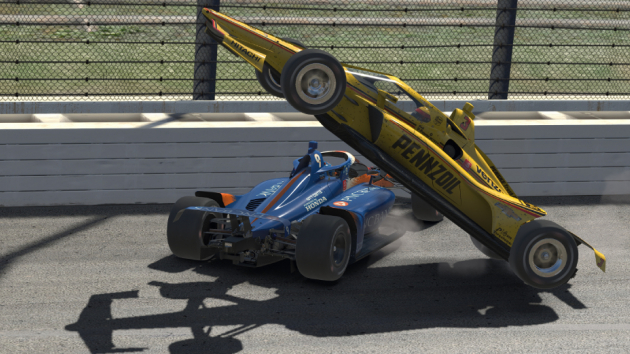 For this edition, we put a series of questions about esports to five members of the Black Book Advisory Board, drawing from their experience at the top of motorsport.

What did the motorsport industry learn about esports during the coronavirus lockdown?

Clément Menjou-Marcat: We learned that racers love racing, wherever and whenever possible, and that esports kept people engaged, entertained and communicating through lockdown. Esports also showed that it not only breaks down barriers between virtual and real life, but also between different motorsport disciplines. The enthusiasm of drivers and sim racers in F1 or WEC and other forms of motorsport has shown this. Esports can bring together on the same grid a WEC, F1, Nascar or WRC driver, for example, or even an NBA player and a major European club soccer star. It allows them to be accepted within a community and offers them a 'dream' that real life sport cannot. In short, motorsport has seen and understood, more than ever, this boundless passion for the various series, whether through its professional drivers, its sim racers or its fans around the world. Esports has shown motorsport yet again that it must be addressed seriously, but in a very unpretentious way.

Nick Stocker: There was a newfound level of respect from real-world drivers towards sim racers and just how good they are. We have always treated them like athletes, but now the world is realising they are not just 'gamers'. Many in the industry were also pleasantly surprised by the reach of the digital products. F1 got over 30 million total views, for example. Nascar also getting more viewers than for real-world races.

Has the role of esports now changed?

Tommaso Flamma: Yes, to some extent. During lockdown, thanks to the participation of real riders/drivers to virtual races, esports had a bigger exposure particularly to the traditional motorsport fans who started to look at esports as an interesting form of new entertainment, a new way to connect with other like minded enthusiasts.

CMM: While lockdown may not have offered a new role for esports over what was already in place, what it did do was to allow sim racing to develop in a big way and very rapidly by bringing together different motorsport stakeholders. Motorsport also found an alternative way to bring a huge number of fans together at a time when it was impossible to organise races in the real world. Sim racing has certainly caught up with the major competitive esports events (League of Legends, Counter Strike, FIFA, etc) and has undoubtedly shown that it can bring together and unite the world of motorsport and its various series.

Does sim racing need to be attached to a real life series to be a success?

Julian Tan: Yes and no. Yes because the heavy overlap between real and virtual worlds in our genre helps to make the experience more authentic, immersive and interesting. No because there is plenty going for racing esports by way of pure racing entertainment and engagement. Ultimately, it depends on how you define success and there are plenty of ways a property can use esports successfully to drive its objectives.

Yan Lefort: I believe esports is complementary to our traditional format. I however don’t think it can replace our original product. When it comes to F1, we are more talking about a game rather than real sim operations.

CMM: Sim racing can exist alone but, to take a step forward, it seeks the credibility that a sponsor, a professional driver or, even more so, that a rights holder can bring to it. The 24 hours of Le Mans Virtual is the perfect example of this where a team was created, made up notably of ACO/WEC motorsport specialists, to set up an organisation similar to that of 'real' races: the drafting of a complete set of sporting regulations, daily contact with the teams, the integration of race data management with timekeeping specialists, Alkamel. These elements, and many more, were unanimously welcomed by all the drivers, especially those from esports. The same applies to the TV broadcasting of the event, with the participation of sponsors from traditional motorsport such as Rolex and Total. These are components that are, for the moment, not easily accessible to the sim racing community and which allow a simple race to become a real esports event.

NS: No. But in these developmental days, it can certainly help if the rights owner embraces it. Global Race Series’ V10-R League will be a very interesting product to follow. Eight teams from different areas of motorsports with a virtually created car on historic tracks. It is the first major series that looks to not mirror a real-world series and evolve the race format, mixing the best of the real and virtual worlds – where else can you race a V10 900bhp open-wheel car in a relay race?

TF: The growing interest of traditional motorsport fans for esports during lockdown is mostly due to the absence of live races and part of the success of the virtual races is to be attributed to the participation of real-world riders. This appears to suggest that a link between esports and real-life series is important, at least in the beginning, to reach and bring motorsport fans. However, there are some exceptions, such as Gran Turismo, of esports that do not need to be attached to a real-life championship. We expect more such examples to arise in the future.

What kind of esports integrations will we see in motorsport going forward?

TF: In the short-term, the most interesting and feasible integration is on the communication and marketing side. A crossover of real-life riders competing in virtual races and gamers trying cars and bikes on track will help in reaching new audiences for both sides and keep fans engaged. Esports can then be also used as a testing ground for new ideas in order to check the fans’ response to them.

On the 'technical side', virtual car racers can help and give suggestions to the teams using professional simulators but in MotoGP it is not possible to cross real riders with virtual ones as the two worlds are too far apart.

CMM: We can assume that esports competitions will be increasingly mixed with motorsport through special events or even official races. They could also become an important breeding ground for future professional drivers, as has already been demonstrated several times. From a business point of view, esports has also demonstrated the value of broadcasting content on channels such as Twitch and its ability to generate large audiences.

YL: Commercially, I think that esports can become a strong additional component to traditional sponsorship packages. Not only because it is reaching younger audiences but you can also strengthen the dialogue with your fans. Esports can also give additional experience to guests.

JT: Not just in motorsports per se, but more remote and scalable solutions integrations will likely be seen. With Covid-19, esports is strategically positioned to pave the way to deliver new ways to entertain without necessarily requiring in person attendance. Within motorsports specifically, the esports landscape is very fragmented currently. I think we could see some consolidation and streamlining in years to come when the demand for showing commercial results become more important as the industry matures.

NS: More and more brands will look at this. Renault and Vitality have an interesting hybrid-model at the moment which allows each brand to play with legitimacy in otherwise foreign spaces and as a team’s esports extensions create their own identity this will bring opportunity to explore beyond racing.

Will we see the motorsport industry entering non-endemic esports, like Paris Saint-Germain have done in other areas outside of their sport?

YL: There is a great opportunity for professional sports teams to deploy a new property and put it on the market for additional revenues.

CMM: Right holders are as cautious now on these topics as they were before getting into esports/sim racing. It remains a brand strategy. Today, sim racing still holds a very 'endemic' niche in the global esports world and, despite its development, it is still a long way in terms of audience, revenue and so on from the major games in the gaming world such as League of Legends.

In the eyes of the sim racing community, we must maintain a certain integrity and a certain logic in esports strategy choices, or risk losing all credibility. Car manufacturers, oil and fuel companies have taken this step, maybe a motorsports rights holder will be next? Perhaps the WEC, which is best placed to explain what endurance racing is all about by pushing oneself to the limit, will one day host the longest and toughest ever League of Legends championship?

JT: Potentially. The question boils down to what are the objectives a property has and how can esports help reach it. There are so many game titles out there and the games industry is known to be very cyclical. Operating and getting good in a certain esports title requires a significant amount of resources so the risk-reward balance needs to be assessed properly.

TF: By entering non-endemic esports - that in general are the most successful ones in terms of views and revenues generated - the motorsport industry could have the opportunity to access to a new and younger audience and engage it and increasing its communication potential. However, given the fact that racing teams just started experimenting with esports, this process might take a while and we think it could happen once the market is more mature.