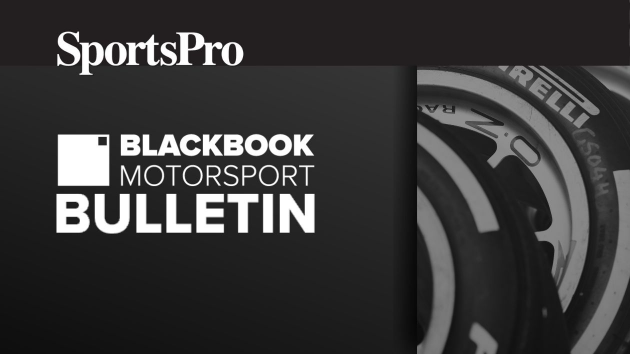 Before being acquired by Liberty Media in 2017, Formula One’s struggles to attract young fans had been well documented. Since then, however, the championship has increased its efforts to engage with a younger demographic by investing in areas such as esports, social media and video content. The latest evidence would suggest it seems to be working.

Research carried out by The Insights Family revealed that Formula One has increased its number of active children fans across key European markets by 17 per cent year-on-year (YoY) to 20.1 million. In comparison, soccer grew by six per cent.

The study cited increased use of social media platforms such as Instagram, TikTok and YouTube as the source of some of this growth, while credit was also given to Formula One’s hit Netflix docuseries, Drive to Survive.

Hailed as a “silver bullet” by Adam Crothers, Formula One’s head of digital media rights, it is no secret that Drive to Survive has had a significant impact on the series’ growth in recent years. Now, the behind-the-scenes programme is set to return for a fourth season. According to data published in March by Nielsen Sports, Drive to Survive has helped grow engagement with the championship in the 16 to 35 age bracket by 77 per cent, while the series has also picked up several awards, including a Bafta TV Craft Award and a Telly Award.

With youth viewership on the rise, paired with an upcoming fourth season of Drive to Survive, Formula One appears well positioned to ensure its longevity into the future.

It is no secret that the past year and a half has presented a series of challenges for motorsport championships and teams, with the Covid-19 pandemic causing the suspension of racing and limited access for spectators. Unfortunately, things have been no different for MotoGP outfit Sepang Racing Team (SRT), which has announced its withdrawal from the championship.

Due to financial strain, SRT will cease operations for its MotoGP, Moto2 and Moto3 teams. However, team principal Razlan Razali and team director Johan Stigefelt are expected to announce a new MotoGP team at the upcoming San Marino Grand Prix.

“Our collective dream was to have a Malaysian rider competing for podiums in the MotoGP World Championship,” said Razali. “Sadly, we were not able to achieve this in the short life of our squad, but we can reflect upon tremendous success by every other measure.

"Our final season has not reached its conclusion yet and we continue to strive for the very best results possible across all three classes. Thank you all.”

As it prepares to enter a period of new leadership, the International Automobile Federation (FIA) is eager to invest in new local championships worldwide, increasing diversity and the talent pool for years to come. In keeping with that aim, the organisation has revealed that it will back two new Indian championships.

So far, Rs100 crore (US$13.4 million) has been invested into the cars and infrastructure in Hyderabad, which will become the home of India's first ever FIA Grade street circuit.

Electric single-seater series Formula E became the latest motorsport property to venture into the world of non-fungible tokens (NFT) when it announced plans to auction off 24 NFTs as part of the release of its new game, Formula E: High Voltage.

So far, Formula One teams Red Bull Racing and McLaren Racing have formed NFT-focused partnerships with Tezos, with further expansion into the space to be expected.

The announcement came as the Mercedes-EQ Formula E team confirmed its withdrawal from the championship, following fellow German original equipment manufacturers (OEM) Audi and BMW out of the series.

Citing an increased focus on Formula One, Mercedes now plans to apply its learnings from Formula E to its automotive branch, with the upcoming 2021/22 season set to be its last.

Despite the ongoing rollout of Covid-19 vaccinations, local restrictions still apply around the world and continue to provide logistical difficulties for international motorsport.

According to Autosport, the empty Formula One calendar slot left by the Australian Grand Prix is expected to be filled by a race in Qatar. Meanwhile, the series has revealed the cancellation of the Japanese Grand Prix due to local Covid-19 restrictions following an increase in positive cases.

Similarly, MotoGP has been forced to replace a cancelled round in Malaysia with a race in Misano. Meanwhile, following some confusion, the Supercars Championship has confirmed a date for the Bathurst 1000 in early November.

The BlackBook's official data partner analyses the sports marketing and social media performance of Formula One, including its teams and drivers, during the first half of the 2021 campaign.