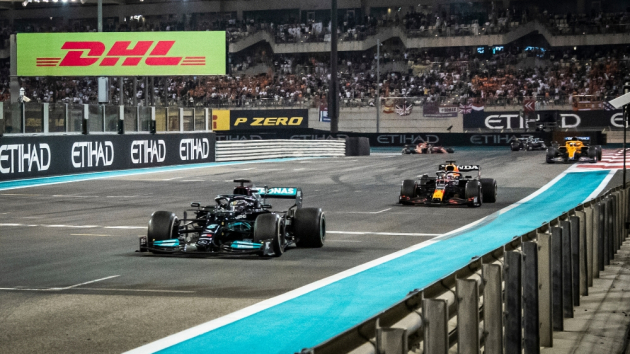 While Yas Marina Circuit hosts a number of motorsport gatherings, the main draw for brands is the Abu Dhabi Grand Prix. The marquee event in the circuit’s stable comes with the added benefit of not only being on the Formula One calendar, but it is also the season-ending race, adding much more drama to the mix.

Even though it sits as the premier event at the circuit, David Powell, the venue’s chief strategy and transformation officer, makes sure to point out that there is value to be had for brands across the board.

“We always try and use Formula One as the entry point for a sponsor,” he begins, “and then say you can retain your value by associating yourselves with our business and our business activities all year round.

“The Formula One event we host every year has got huge brand equity, because it comes with all of the brand equity of Formula One. Along with that, we’ve got a fantastic asset which is the circuit, one of the best in the world and situated within a tourism destination. So, there’s a lot of investment that goes into the island around us.”

The glamorous location and event portfolio all contributes to the circuit being an attractive proposition for sponsors, and Powell says there was a “huge amount of local excitement” when the Formula One circus first rolled into town in 2009.

“It was quite easy at that point to build a big portfolio of local sponsors or regional partners in the event,” he continues. “It was new to the region, it was the first Formula One event, now there are four [in the Middle East].”

However, Powell highlights that it hasn’t always been that straightforward. While there was initial excitement at the arrival of the Grand Prix, it was the overarching way that Formula One was being presented at the time that began to cause issues. 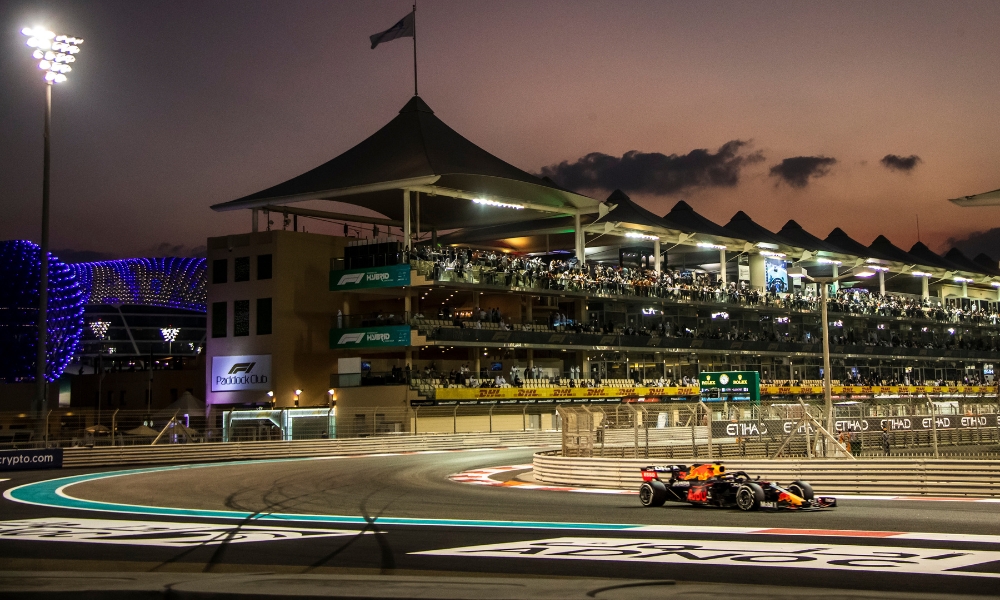 Indeed, this had a knock-on effect for Yas Marina Circuit. The on-track action - or lack thereof - was resulting in dwindling viewing figures, which made Formula One a harder sell to sponsors keen to reach as wide an audience as possible.

“[Formula One] was stuck in a mode where they were still making rule changes and trying to equalise the playing field,” states Powell. “After four to five years, there was a natural pullback in investment, determined by economic factors but also the fact that brands wanted to reposition themselves alongside other sports.

“The situation we then found ourselves in between 2013 and 2016, the championship was very formulaic. We were seeing a plateauing effect in terms of how Formula One was growing its audience. It retained its traditional audience, but it wasn’t breaking into and growing new audiences.”

Since then, however, Formula One has grown in popularity under the stewardship of new owner Liberty Media. While Powell points to the obvious influence of Netflix’s ‘Drive to Survive’ documentary series, he also highlights another reason for the recent audience growth.

“Formula One raced during the Covid-19 pandemic, which is good because lots of sports weren’t very active at the time that Formula One was,” he says. “This really attracted people who were hungry for sports-related content.”

The subsequent benefit for the circuit now is that it has potential partners approaching it wanting to be a part of the Abu Dhabi Grand Prix, whereas before Powell says “we were trying to drive them towards it” and “tell the stories that are being told”. Formula One’s move away from what Powell describes as the status quo, combined with the success of the Netflix documentary and a more competitive championship, allows for much more in terms of what the circuit can deliver for existing sponsors and offer to new ones. 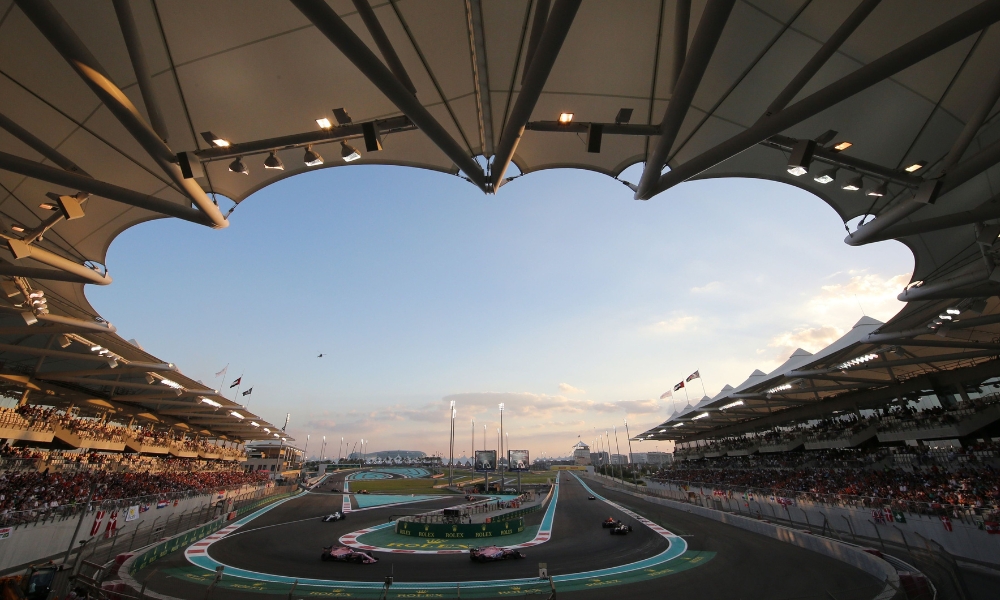 But the circuit believes it has always been about more than the on-track action, irrespective of whether the race is actually a championship-decider or a guaranteed Mercedes one-two finish.

“There’s always been an appetite to attend the Abu Dhabi Grand Prix because it’s more than just the race itself,” Powell says. “There’s the after-race concerts, there’s the factor of coming to Yas Island, coming to Yas Marina Circuit – there’s an experiential value.”

Despite this, the organisers took the step to make substantial changes to the track layout for last year, acknowledging that the overall spectacle of the race has a significant impact on the circuit’s  commercial performance.

“If the fanbase is engaged, if ticket holders are engaged, if there’s high demand from corporates, if there’s significant engagement from a broadcast perspective, then naturally sponsors will want to be part of that environment,” Powell explains.

And the circuit is always looking to improve, according to Powell, who reveals that the venue is not just looking within Formula One for inspiration.

“We think Manchester City are doing unique things with their sponsors, with their hospitality partners, we constantly look at what they do,” he says. “Also, in Dubai, they had the Expo [2020] recently, and again we look at how that was delivered in a really creative way and try and introduce this into the way we continue to plan and deliver the Abu Dhabi Grand Prix.” 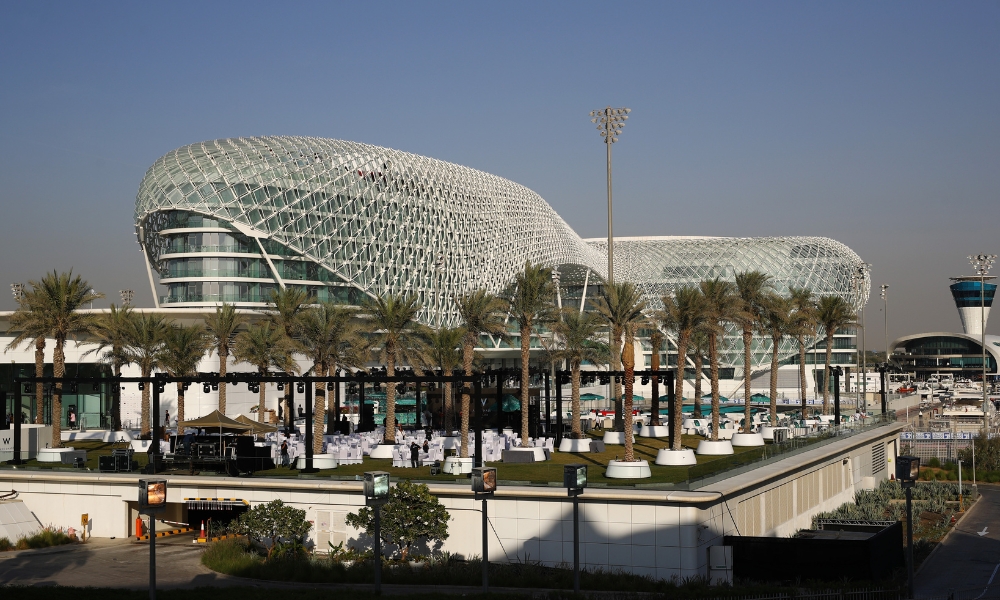 Moving forward, with Formula One’s increasing focus on sustainability, headlined by its target to achieve net zero carbon by 2030, it follows that the circuits on the series’ calendar also have to move in that direction.

With that in mind, Powell suggests that Yas Marina Circuit is looking to work with sponsors that can help it meet those sustainability goals.

“We got International Automobile Federation three-star accreditation last year for sustainability, we’re now starting to look at the International Organisation for Standardisation standards when it comes to delivering sustainable events,” he explains. “[Our sponsors] are investing huge amounts of money in biofuel, they’re changing the way that they operate their business to make it more sustainable.

“Therefore, there’s some common language starting to develop and we’re seeing other sponsors keen to showcase their green credentials.”

This article is taken from the BlackBook Motorsport Sponsorship Report. To download and read the report yourself, click here.