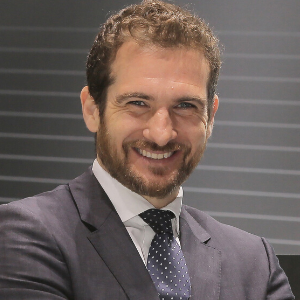 Volpe has a wealth of motorsports experience, leading INFINITI motorsports since 2014. Here, Volpe has strengthened the role of INFINITI in F1, transforming it from sponsor to technical partner for Renault F1® Team - including the co-development of the race car’s Energy Recovery System, strengthening the INFINITI Engineering Academy, and developing the Project Black S high-performance road car.

Volpe started his automotive career with Ferrari in 2008, as corporate marketing manager at the company’s headquarters. Before that, he worked at Johnson & Johnson and KPMG.

An Italian national, Volpe is based at Nissan’s European headquarters in Paris. He has a master’s degree in economics.