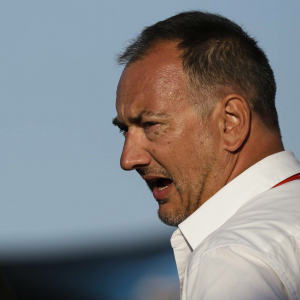 As the CEO of American Flat Track, Michael Lock has transformed a once stagnant motorcycle racing series into a now thriving sports-entertainment enterprise.

His rebranding and re-engineering of the series, which kicks off its 67th season in 2020, helped to attract more fans, teams and sponsorship dollars, making 2019 the most successful year in Flat Track history.

Born and raised in London, in 1990 Lock joined the then-relaunched Triumph Motorcycles, as Head of Sales and Marketing. Three years later, Lock led the establishment of Triumph America in Atlanta, Georgia.

In 2002, Lock was hired as the Managing Director of Ducati UK. He then served as Ducati North America’s CEO for close to a decade, building numbers until the region became Ducati’s number-one market globally and in 2012 went on to the VW Group as COO of Lamborghini USA.