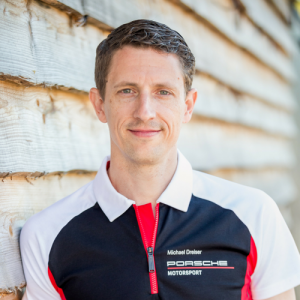 Having obtained a Diploma in Business and Computer Science at the Technical University of Darmstadt, between 2005 – 2008 Michael was the Manager Motorsport at Porsche Asia Pacific Pte Ltd in Singapore, where he was in charge of the pan-regional race activities of Porsche in Asia (incl. China).