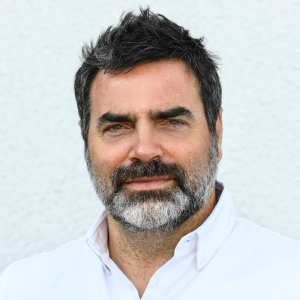 Marc joined DORNA SPORTS on 2004 as MotoGP Sponsoring Manager for Europe and Asia, managing key accounts such us BMW M, AirAsia, Hertz, Bridgestone, Maybank among others.

On 2013 he moved to WorldSBK as Commercial and Marketing Director, on that period rebrand the championship and created new Sponsorship Packages welcoming new partners such us Motul, Fassi, Consorcio Prosecco, Acerbis…. Also it reinforced the Fan Experience at the event by bringing more entertaiment at the events, such us placing the Parc Ferme and Podium in the Paddock to let fans enjoy live the most emotional time of a Motorsport weekend.

On 2018 he became Co-Executive Director. On that period, it started the partnership with HYUNDAI N as WorldSBK Official Car and again innovating by creating an activation package that let Fans test the safety car inside the track, on 2019 around 2k guests enjoyed driving the Hyundai N 30 in the circuits. Also it has consolidate long term partnerships like Pirelli, Tissot, Motul, Acerbis among others.

On June 2021, he moved into a senior role inside DORNA GROUP, as Senior Director – Global Commercial Partnerships for DORNA GROUP.