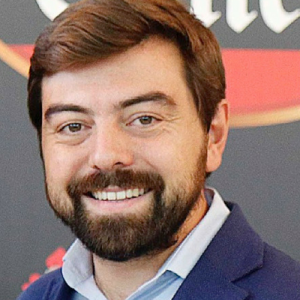 José started his career at Santander UK where he was involved in the activation of several motorsport properties such as McLaren Mercedes Team and British F1 Grand Prix title sponsorship.

After that, back in 2010, he joined Santander HQ as part of the Corporate Marketing Team, leveraging worldwide Scuderia Ferrari F1 Team and several F1 rounds title sponsorships.

Since 2015 he has been managing the sports portfolio of Spanish Beverage Group Hijos de Rivera with a special focus on the motorsports activation of its flagship beer brand (Estrella Galicia 0,0 a) as well as other sport properties through its premium water brand (Cabreiroá).