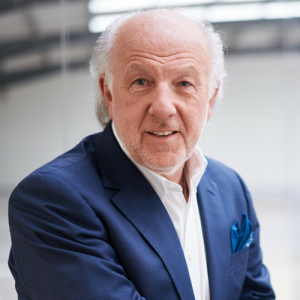 David spent eight years as a professional co-driver, winning the World Rally Championship with Ari Vatanen in 1981. In 1984 David founded Prodrive, growing the company into a world leading motorsport and advanced technology business employing over 500 staff with annual sales in excess of £70m.

In 2005 David was made a made a Commander of the British Empire in the Queen’s New Year’s honours for services to motorsport.

In 2007, David led the consortium that purchased Aston Martin and was appointed Chairman, a role he fulfilled until stepping down at the end of 2013.

In 2017 he was inducted into the Motor Sport Hall of Fame and presented with the Spirt of Le Mans award by the Automobile Club de l’Ouest.

From January 2018, David was appointed as Chairman of the Motor Sports Association, the governing body of motorsport in the UK.