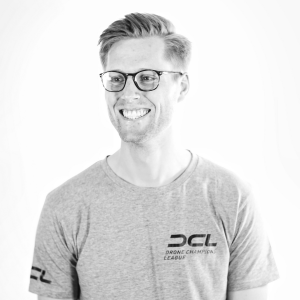 Benedikt joined the Drone Champions League in 2017 as the 8th employee. As the Head of Sales & Strategy he is overseeing the racing calendar of the league, sponsorship and partner management, media rights as well as being involved in the company strategy. Starting with five races in 2017, they were able to organize 5 in 2018 with one of the biggest highlights of the 2018 season, the race in front of the Great Wall in China. Also bringing RedBull & Breitling as series partners on board. From 2019 onwards he was involved merging the real races with virtual endeavours, further developing the sport and planning the upcoming racing season. This resulted in partnering with Twitch and the ESL. Before joining the Drone Champions League Benedikt worked at BMW in the communications management department.